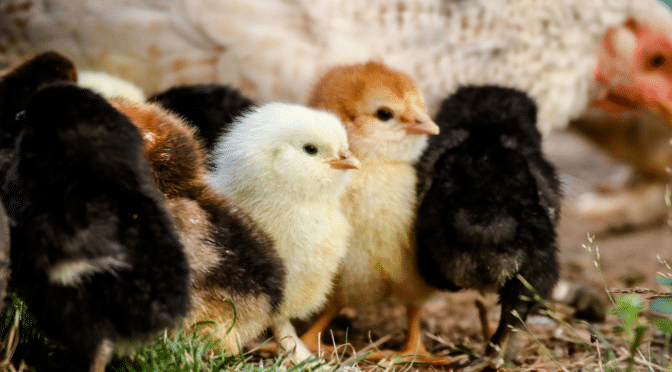 Christ, when I think back to all the times I stared daggers at the poor schmuck buying caged eggs in the supermarket I want to give myself a stern talking to. Free range isn’t the same as cruelty-free; the hens are not given luxurious accommodation and a terrace to it out on of an evening.

For being judgemental, for being self-righteous, for being a snarky little idiot.

By the phrase ‘cruelty-free’ I’m meaning that there’s no cruelty involved. This has nothing to do with being tested on animals. Although cruelty-free in that sense has similar issues surrounding it as free-range, in that transparency is rather a problem.

This post will focus primarily on chickens because the free range laws surrounding cows and sheep are a bit vague. You can’t allow cows access to the outside all day, because there might be a road between the cowshed and the field.

Also, it might be raining, and the farmer hasn’t got time to shuffle all of his cows back inside if it starts to spit.

Not the same with chickens.

I can’t even think about pigs. Poor sods. Less than 3% of pigs spend their lives outside. They’re destructive and very dangerous because they’re extremely intelligent. I’m pretty sure if you kept a shed full of men you’d castrated without anaesthetic you’d be wary around them, too.

If free range isn’t the same as cruelty-free, what does it mean?

Er, in reality, not much. It certainly doesn’t ensure that the hens are happy and well-cared for.

In theory, it means that the hens have to have access to the outside, and that’s about it. The hens are kept in tiny cramped conditions (9 hens per square meter) – barely any better than battery hens.

They’re also routinely debeaked to stop them from pecking each other. Without anaesthetic.

Giving hens access to the outside isn’t very easy. Hens exist in a complicated hierarchy, and only the top dogs will be allowed outside. Being kept in cramped, unnatural conditions can reinforce fight or flight responses and make hens more aggressive than normal.

What about the male chicks?

I’m glad you asked. They’re shoved live into a grinder and ground up. Or gassed. FFS.

Because meat and laying hens are farmed in completely different systems, it’s not as easy as raising the male chicks for meat. They don’t pile on the pounds quickly enough. So unless they’re exterminated at birth, they’re a drain on resources.

That isn’t cruelty-free. Not by a long shot.

But we don’t use antibiotics in the UK, do we?

Not to the same extent that they do in the USA, but that doesn’t mean that the chicks raised for meat aren’t selectively bred to grow far more quickly than their bodies are used to.

We’ve also managed to manipulate both the lighting in sheds and the genetics of the hens to produce far more eggs than they ever would in the wild.

How long will a free range, laying hen live?

After a year of laying.

A pet chicken could easily live five times that – some hens live until they’re ten.

What about organic eggs?

Hens producing organic eggs have more room (10 metres squared outside rather than 4) and must not have their beaks trimmed. Stocking density inside the shed is a whopping six birds per square metre (regular free-range regs allow nine birds per square metre). Take a look at Compassion in World Farming’s website if you think I’m bullshitting you.

I’m currently sat at a desk that’s about a metre square. Let me tell you, I’d be hard pushed to fit the six organic hens on it, never mind the nine free range ones. My single, elderly, arthritic rabbit has considerably more space in her pen downstairs. It’s about six metres squared.

What about backyard hens?

I’m extremely excited to have my own hens one day. I grew up with having hens, and love them so much. They remind me a lot of rabbits – quite angry and mad about being prey animals. Inside every chicken there hides a cassowary.

I’d love to rescue battery hens, but I need to really research that. I once read that it’s not ideal because the ones you rescue are immediately replaced by young hens and you can never rescue enough. If anyone has any information on this subject please leave me a comment below.

I won’t eat the eggs though. They’ll be fed back to the hens, or donated to another needy cause. I’d also like to rescue a duck or two. I’ve not researched it, but I can’t imagine they’re treated much better than hens.

If you don’t have the time for hens, but would like to attract wildlife to your garden, read this post on how to make your garden more eco-friendly.

Buying free-range isn’t the same as cruelty-free eggs. Buying organic eggs is not good enough. Companies that call themselves names like ‘The Happy Egg’ need to have good long think about what they’re doing with their lives.

If you want to eat the eggs your hens produce, then go for it, particularly if for some reason you can’t give them back to the hens. But please don’t sell them. If you do sell them, use the proceeds to buy your hens something swell, or donate the money to an animal sanctuary (that doesn’t serve meat, eggs or dairy).

Hens lay eggs to produce chicks. If the egg is unfertilised, then the hen will eat the egg. Let’s not mess with the system and make it weird.

Also, when a hen lays an egg, she loses a tremendous amount of calcium (mostly out of her legs, hence why hens are often a bit wobbly after they’ve laid), which she can get back if she eats the shell.

Eggs are basically a hen’s period. Animals and early man eat them because they’re high in fat. We don’t need to eat them anymore. Let’s move on. 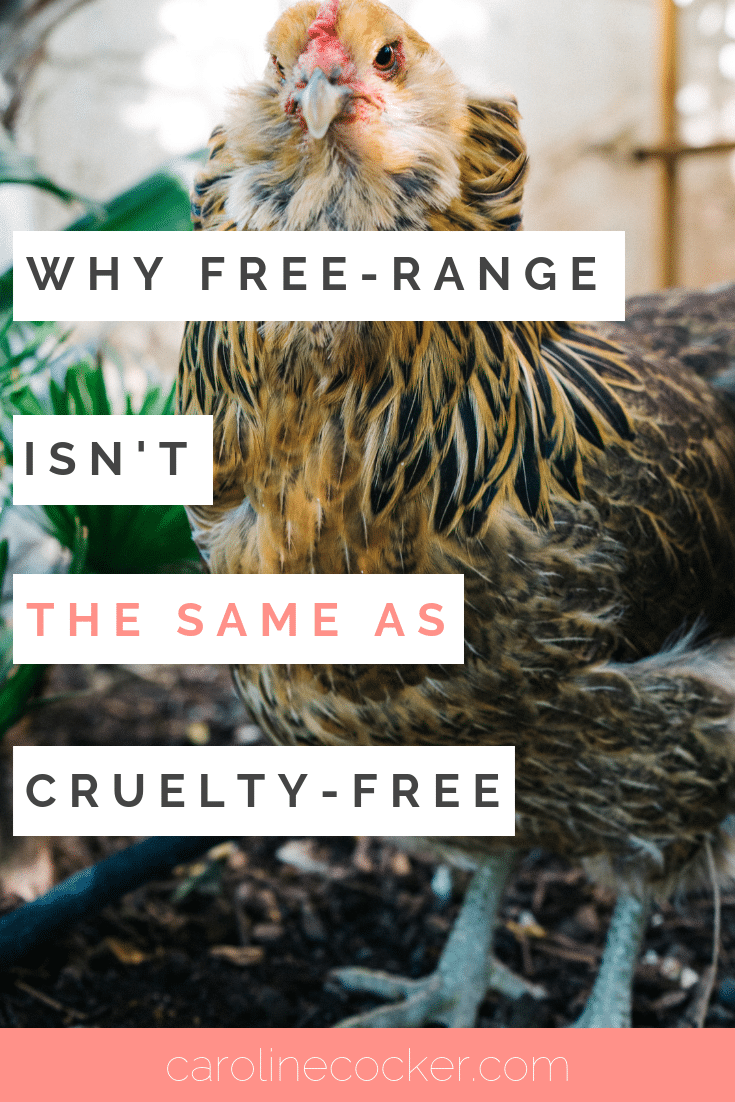 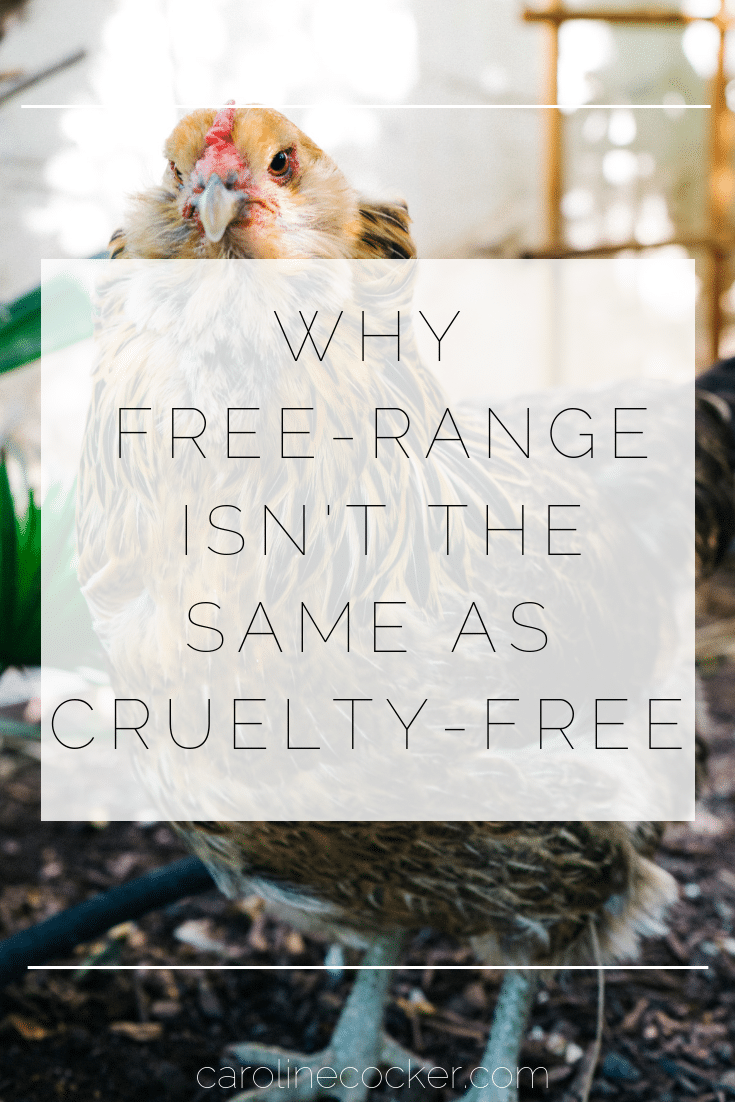 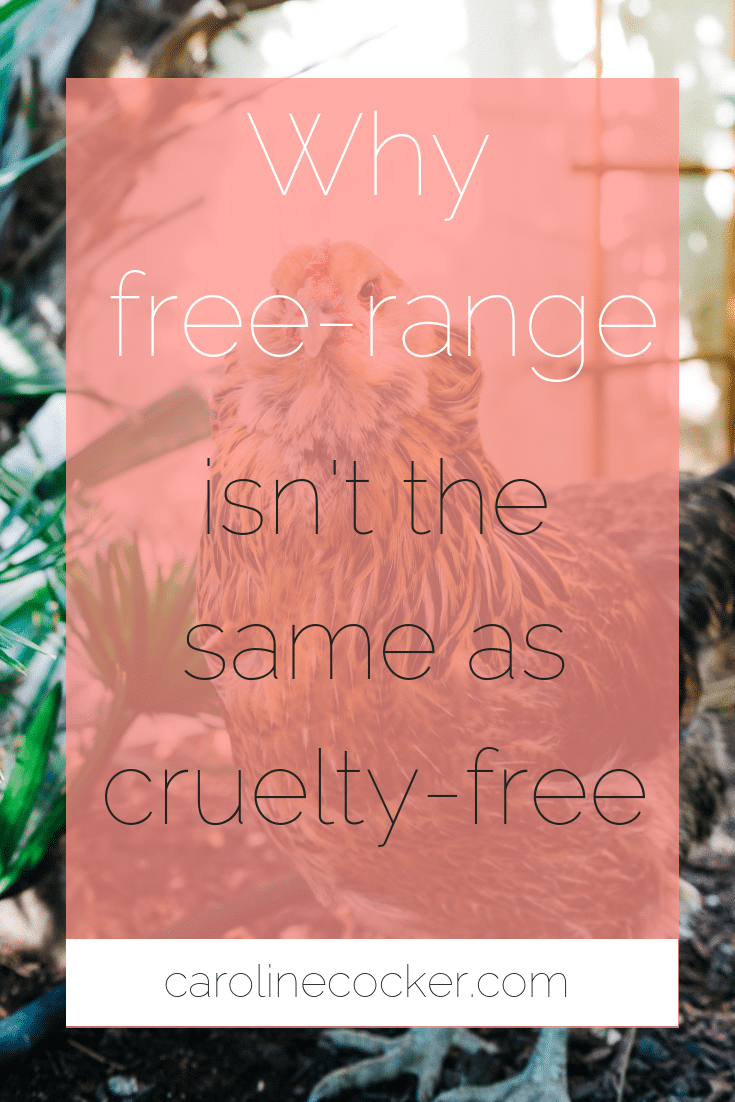