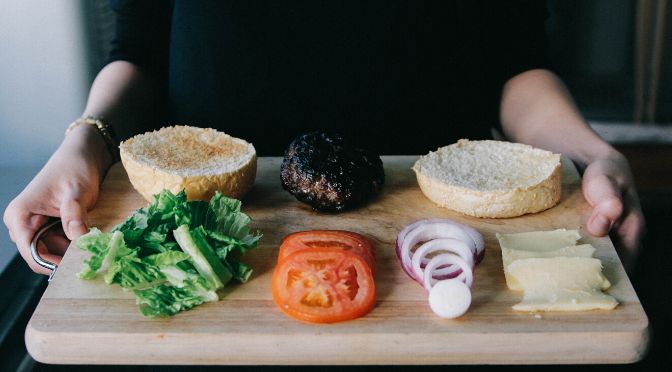 Gosh, this is question I get asked a lot, and I really fucking hate it.

It’s fine if people are genuinely curious as to why someone would choose to eschew a food, only to then demand that it’s recreated for them but without using the key ingredients.

It’s actually most annoying from other vegans, who claim they’re holier than thou because they don’t even like the taste of animal products. Well, whoop-de-fucking-do.

There are actually a lot of reasons why vegans eat fake meat, and cheese and other products that are more commonly made from our slaughtered animal friends, and I will share them with you now.

I assure you, I’m not a vegan because I don’t like the taste of meat.

Fair enough, I’ve not eaten meant since I was in my early teens, but before that sausages were my favourite food.

Before I went vegan two and a half years ago, I was sure I couldn’t live without cheese. Turns out that I can, especially since vegan cheese is coming along in leaps and bounds.

For any newbies out there, I highly recommend Tyne Chease. Sure, it’s expensive, but if we create enough demand, we’ll bring the price down.

Most of the others are grim amnd taste like vomit.

YOU HAVE BEEN WARNED.

But yeah, the most obvious reason that vegans eat fake meat is that we like the taste.

It can be quite difficult for non-vegans to get their head around this, because if vegans like meat but don’t eat it…aren’t those people that continue to eat it arseholes? Are vegans making a sacrifice for the sake of the animals?

Therefore it’s easier for non-vegans to call vegans that eat fake meat hyprocritical, or, in the manner of Piers Morgan, to claim that fake meat tastes like shite.

But here’s the thing about taste…it varies from person to person. I’m not a fan of Violife cheese, but thousands of people swear it tastes like real cheese. I personally loved a really stinky blue stilton prior to being vegan, but if you liked Babybel (ew) you might like Violife.

The problem is, non-vegans will try ONE vegan alternative and then decide that they’re all rank.

Oh my GOD Greggs coming with sausage rolls was LIFE CHANGING. I can now get a warm snack from a MOTORWAY SERVICE STATION.

Sure, I’m gonna get fat, but I no longer need to a) go hungry when I’m out and about b) spend a small fortune on a sit-down dinner or c) pack my own food.

Let’s face it, a) and c) were never really going to happen, so the fact i can get something warm and filling (and packed with that all important protein) for under a fiver is WILD.

I’m not really a ready meal fan (they’re expensive and too small) but I’ve been trying as many as I can. Actually, the Plant Kitchen (from Tesco) cottage pie was DELICIOUS.

I buy them so that demand is created and suppliers know that the fake meat/vegan ready meal market is there. If I can convince one meat eater to buy it, then I’m helping.

And let’s face it – not many people WANT to eat animals. They it because it’s the norm and because it tastes good. So if I can tell a meat-eater that the vegan option is delicious, then they might try it.

Sweet things are great for this, because whilst it’s hard to make lentils look like meat (and kind of weird to think about for non-vegans), cake looks like cake.

The vegan chocolate cake from Tesco tastes like…chocolate cake. And it’s £6, so pretty much in line with how much a non-vegan cake would cost. Tel your non-vegan friends. Serve it too them. It’s great.

I am NOT saying that fake meat is healthy.

I have no idea, just like I don’t really know (or care) if meat is healthy or not.

HOWEVER a lot of fake meat and dairy has added vitamins and minerals like iron, calcium and iodine. It’s also usually high in protein, which may not be physically necessary, but it can be nice not having to wonder if you’re getting enough. You probably are, so long as you’re eating enough, but it’s noce to know.

Cards on the table, I have done NO research on the points I’m about to make, it’s just a bit of dot-connecting, but I’m also not saying anything particularly radical, it’s just common sense. I think.

Our primitive bodies (the bit of us that’s just DESPERATE to eat everything all the time, the higher the calorie count the better) know that meat is high in calories, vitamins, and minerals. It also knows that buffalo are really dangerous, pointy, and fucking fast. So if we were to come across that buffalo meat, it would appeal to us – the smell of it cooking would make us salivate and all that jazz.

That same primitive pat of us doesn’t know we bought a steak from Tesco. It doesn’t know we didn’t have to chase it down over the course of several days. And it certainly doesn’t know about the apple crumble and custard that we’re going to have as a chaser.

That idiot hasn’t a clue.

So when I eat a Gregg’s sausage roll, my primitive self is sated. It’s happy that what I’m eating smells and tastes like something high in fat and calories.

Luckily my primitive self is and idiot, and can be tricked.

Is it hypocritical for vegans to eat fake meat?

Vegans can’t be hypocritical with regards to being vegan.

Being vegan means reducing harm to others as far as possible – as long as my meat didn’t live, I’ll eat it, free of hypocrisy.

If a vegan eats meat they’re not even being hypocritical, they just, you know, aren’t a vegan.

I’m excited for lab-grown meat and dairy. It’ll be wild. As demand grows, the price will drop, and we’ll negate the need for cows altogether. A few will be kept as pets, but they’ll be well-treated.

Fake meat is the future. Literally, because if we carry on as we are, animal-agriculture-wise, we’ll all be fucked. Vegans as well, which is hardly fair.