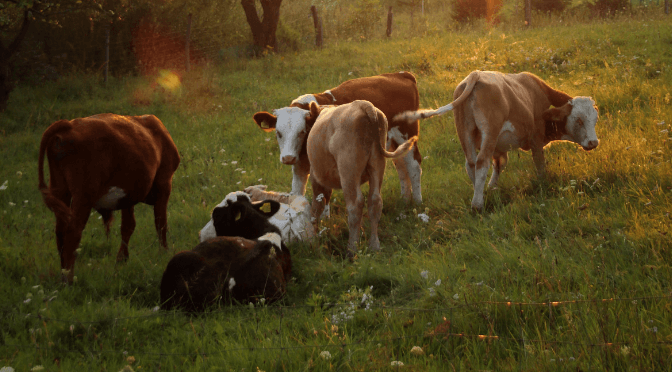 I remember first learning that there were people living among us that thought that it was cruel to drink cow’s milk – why would vegans think the dairy industry is cruel?

I was flabbergasted, and a bit tickled. But…cows produce milk. That’s what they do. Why do vegans think the dairy industry is cruel? What’s cruel would be to not milk cows. That would be tantamount to torture.

I was only a child. How was I to know that there was a reason that cows produce milk, and it ain’t so we have Nesquik.

Why do vegans think the dairy industry is cruel?

Cows have to have been pregnant to produce milk

Cows are not magical animals that just produce milk for us to drink. Nope. they need to have given birth to a calf in order to produce milk. You know, just like every other mammal out there.

It would obscene to steal the milk of a pregnant woman, but apparently extreme if you choose not to the same thing to a cow.

If cow’s milk were the only product of its type, with wide-ranging health benefits, I’d understand a little more. But there are dozens of plant-based options. Cow’s milk, though rich in some vitamins in minerals, is high in saturated fat and cholesterol. DRINK OAT MILK.

The reason that artificial insemination is preferable to allowing mummy and daddy cow a night of Netflix and chill is that daddy cow is fucking massive and terrifying. The whole affair is a lot safer (for the farmer, the cow doesn’t get a vote) if it’s done by insemination.

They use a contraption affectionately called a rape rack, or sometimes, a cattle crush. Nice.

The calves are removed from their mothers

Which is traumatising for everyone involved. Cows and calves will bellow and call to one another for days. As one would if one was ripped away from one’s mother, or had one’s child taken away.

Why are the calves removed? Because those greedy little bastards will drink all the milk its mother produces. And we want that milk. Because drinking plant milk is weird.

What use is a cow that can’t produce milk?

So spent dairy cows are sent to be slaughtered when they’re about 5 years old, a good twenty years younger than they’ll live if they were allowed to live out their natural lifespan.

Actually female cows are raised to be dairy cows like their mothers, but the males are pretty much useless. They don’t have the correct muscle distribution to be raised as a beef cow, so often they’re just shot when they’re a few days old so no money is wasted raising them. Some are kept in teeny pens on their own and slaughtered when they’re a few months old.

Intensive dairy farms are on the up in the UK. There are no laws saying that a cow has to be allowed access to outdoors, and it’s cheaper (and actually better for the environment) to raise them indoors.

This is limited in the UK, though prevalent in many other countries, but cows are still selectively bred here to produce huge amounts of milk. This causes issues such as infections and blockages, as well as looking super uncomfortable.

Other considerations about dairy

Supposing you only get organic milk from pasture-raised cows, then the environmental costs of that will offset any smugness you have regarding animal cruelty. The carbon footprint of free-range cows is far bigger than any other farm animal. Not only do they require a lot of land to graze on, but they also require winter feed that also needs to be grown and a lot of water. The jury is still out on whether cows farts are causing global warming, so I won’t delve any further into that.

There have been a lot of issues with the er, waste (we’re talking poo here) from intensively farmed cows getting into river systems and royally fucking them up.

My issue is, whether you find the system cruel or not, it’s just so unnecessary in this day and age. There are so many types of plant milks on offer that don’t involve slaughtering pregnant cows (oh yeah, a significant proportion of spent dairy cows sent to slaughter are pregnant.

Dairy products played a big part in stopping malnutrition in children after the war, and for that I’m grateful. But it’s done. It’s over. Dairy is scary, and we need to knock it on the head.

Fun fact: back in those weird days when humans first started milking stuff, donkey and camel milk was preferable to cows.

But then everyone started wanting milk and it’s not as easy as you’d think, milking a donkey.

Cows, being generally more docile, picked the short straw in the game of ‘which animal shall we impregnate, steal its baby, and then take the lactic secretions for ourselves’.

So yeah, the reason vegans think that the dairy industry is cruel is because it is. Luckily its also unnecessary, so fingers crossed it won’t be here much longer.

If you’re struggling to pick a plant milk, read this post to help you decide. 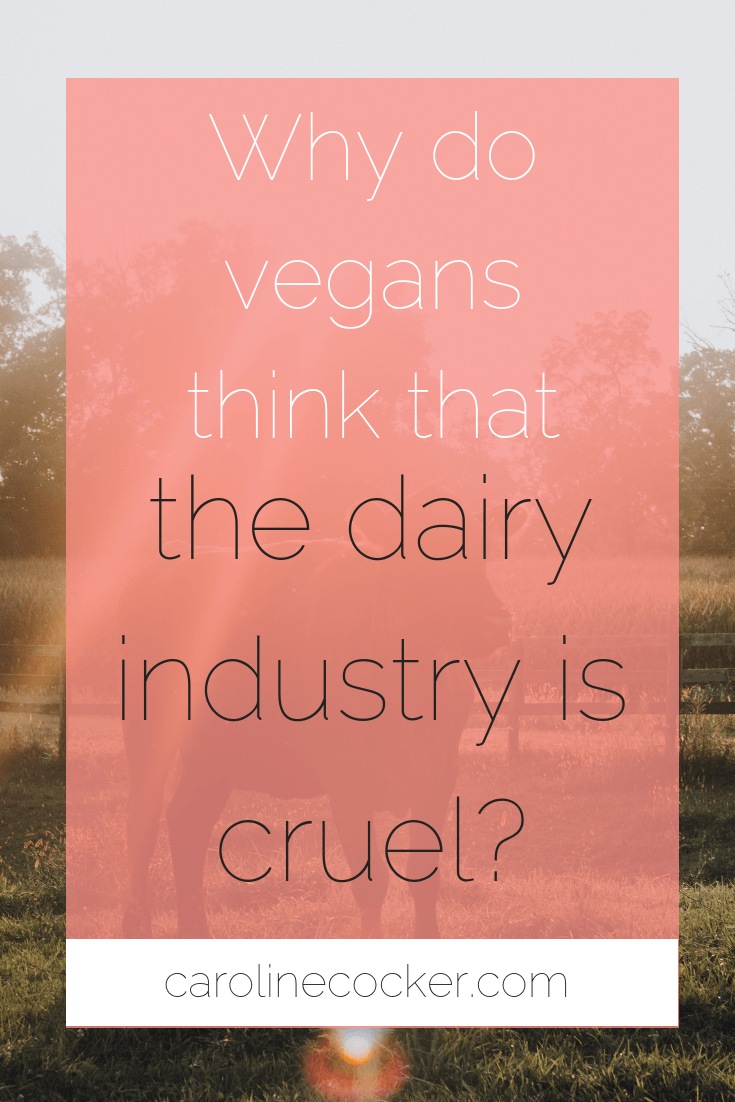