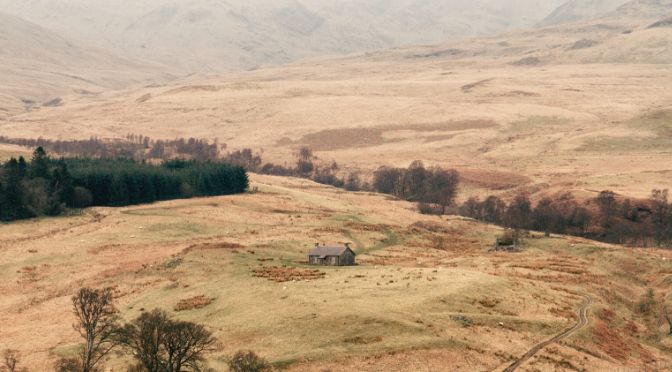 Ok kids, today’s post is going to be a wild ride.

I have no interest in forming an opinion on grouse shooting other than this: people who enjoy killing animals for fun are psychopaths.

If it needs doing, that’s AWFUL, like if you need to put your dog to sleep, but you know, maybe it’s necessary for the good of the animal.

Maybe grouse must be shot, in case they begin to multiply in massive numbers and take over the world.

All the evidence I’ve looked at suggests that grouse shooting is entirely unnecessary, but I’m not a countryside person (despite having lived in rural North Yorkshire my whole life).

I’m not even an outside person.

But those wankers that pay thousands of pounds a day to shoot a tiny bird? Fuck off.

So why write the article?

Because I think the issues that surround grouse shooting are wide-ranging – it’s not as simple as saying BAN IT NOW. Thousands of acres of moorland would be abandoned.

I mean, that sounds AMAZING to me, but there would be consequences – habitats would be lost and people would lose their jobs.

Predator control is a big part of gamekeeping, especially when you work with grouse, and I know this because my brother’s a gamekeeper. Anything that could predate on a grouse is eliminated – weasels, foxes, raptors, etc.

There was a big furore in the papers earlier in the year because gamekeepers in Scotland were caught killing protected mountain hares because the hares can pass ticks onto grouse.

I don’t need to say anything more on this because any vegan would abhor this. It’s cruel for one thing, and for another, it upsets the balance of the ecosystem – you can’t remove all the predators of one animal. Nature doesn’t work like that.

The response by the Game & Wildlife Conservation Trust (booo) was incredible.

So the gamekeepers were helping the wildlife. Unless, of course, they’re killing them.

The way grouse shooting can potentially increase flooding is twofold:

There currently isn’t enough evidence to suggest that burning heather causes flooding, but it certainly doesn’t help. It’s also been noted that heather burning has increased significantly over the past few years, and flooding has also been on the up.

That’s definitely a correlation, but there’s no concrete causation.

What we’re saying here is that the land could be better managed to reduce the impact of heavy rainfall.

Gamekeepers burn the heather to encourage new shoots to grow. From what I understand this mimics the natural process of upland wildfires (although, if it’s so natural, wouldn’t the wildfires happen by themselves?).

But burning creates a LOT of CO2. In fact, the Committee for Climate Change estimate that 260,000 tonnes of CO2 a year is emitted directly due to heather burning (source).

Have you seen a grouse? They’re little and cute. Don’t shoot them. If you’re intent on shooting something at the very least make it something you’re going to eat, like a chicken or a cow.

There is also a lot of controversy surrounding the traps used to kill predators. Snares are not only cruel and cause the animal to die a slow and painful death, but they can also catch animals like hedgehogs and hares.

There aren’t many grouse left, because they’re delicate souls that have a niche lifestyle.

Btw, don’t come at me with the whole ‘they’d be extinct if we didn’t shoot them’. That’s the most batshit argument I’ve ever heard. If they go extinct, let them do so with dignity. If they can only survive with our help, we shouldn’t make them pay for it with their lives.

ANYWAY, long story short, gamekeepers create a cosy-ish existence for the grouse, so numbers improve. But then the increase in the amount of grouse leads to disease, specifically Strongylosis, and they all die if they’re not medicated efficiently.

Ticks are apparently a big thing too. They get them off sheep and the aforementioned mountain hares. An argument put forward in favour if grouse shooting is that by killing hares and other tick-carriers, it’ll reduce the instances of Lyme disease in humans.

Fair enough, but I can’t see them killing the sheep for the same reason. Can’t the medicate them like they do the grouse?

Lead shot is often left behind after a shoot, which if ingested by some unsuspecting moorland critter, can cause lead poisoning.

What would happen to the land/landscape?

This is a pro-grouse shooting argument and one that should be an easy fix.

Heather moorland is pretty useless apart from for raising grouse and grazing sheep. So what would vegans propose we do with it?

I’d suggest reforesting it, but apparently, that will take too long and who’ll pay for it?

Surely, the taxpayer, who are paying billions for the moorland in the form of the Common Agricultural Payment anyway, won’t object to loads of forests that may help to slow climate change?

(I’m fucking OVER Brexit and am ignoring it. I’ll update when something happens).

Allowing the native oakland to regrow has no downsides, and could have a significant impact on reducing flooding. If the government won’t subsidise that they’re insane. Think of the wildflower meadows we could have at the edges of the forests! And the bees! As opposed to desolate moorland strewn with the corpses of slaughtered foxes.

It sounds like a ridiculous idea because you can’t make money from it, but sheep are not exactly big earners. In fact, without support from the EU in the form of subsidies, many sheep farmers wouldn’t survive. Wouldn’t woodland and wildflower meadows be a preferable way to waste the EU’s money? It’d attract loads of tourists too.

I understand that some habitats would be lost if we got rid of the moors, but since so many animals are being hunted up there, surely we can justify a bit of a loss?

What would the government ban next?

This was always my dad’s argument. If the government ban shooting, what’ll be next? Fishing? Ferreting? Eating meat? WHERE WILL IT END?

To which I reply ‘it’ll end when something isn’t unnecessarily dying.’

To be fair, I don’t want the government to ban grouse hunting. I want people to stop wanting to do it in the first place.

I hope this has cleared up any questions you had about grouse shooting and the impact it has on our wildlife and countryside.

From the research I’ve done I can’t see grouse shooting being around for much longer. Maintaining grouse numbers is hard, especially if you want to stay within the law. Pheasants are more efficient because the chicks are raised by humans – unlike grouse which are wild.

A lot of gamekeepers now don’t bother with killing predators – preferring instead to increase the number of birds released, and just accept that some will be eaten or hit by cars. It also means that rather than employing trained gamekeepers, they can employ unskilled workers, since gun licenses aren’t necessary.

A beacon of hope? We can but wish.

3 thoughts on “WHAT’S THE PROBLEM WITH GROUSE SHOOTING?”