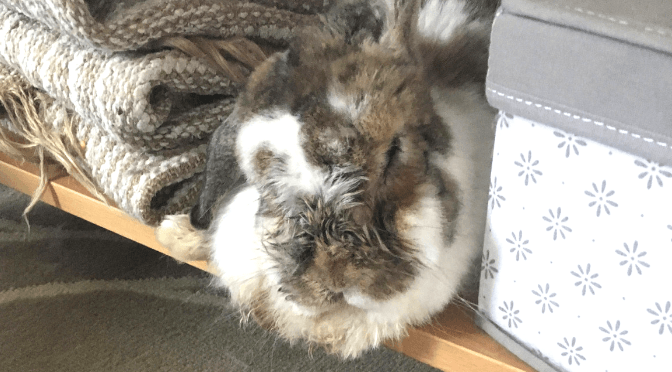 Let me tell you, the hardest thing about being vegan is NOT what I thought it would be.

I assumed that I would struggle with coming up with meal ideas, getting adequate nutrition, cheese cravings…

I’m not saying that that’s all been plain sailing (although I promise, the cheese cravings subside after not too long. Read this post if you’re struggling), but knowing the reasons why you’re vegan, eating plenty of calories, and a varied diet, you’ll be swell.

So, what is the hardest part about being a vegan?

Someone commented on one of my other posts saying that vegans are a nuisance (he put it more nicely than that though), because of all the extra effort other people have to go to, to accommodate them.

I loved meat. And fish. I loved cheese (I think I’ve already mentioned that a million times).

I’m not out here trying to cause problems for my family at Christmas. I looked at the arguments for and against veganism and decided that I could no longer eat animal products. For many reasons, none of them to do with not liking meat, wanting to be cool, or wanting to offend my grandma.

Vegans are out here doing their best to save the animals, the planet and their own bodies, and we’re made to feel like we’re spoiling everyone’s fun.

Hmm, this seems to have turned into a bit of a rant.

It’s so frustrating though!

I don’t want to be a party pooper.

Also, non-vegans refuse to let us explain our reasons for being vegan, but are still allowed to be annoyed by us. They tell us that we make them feel bad, but have no problem making us feel bad because we have to bring our own dessert (which, by the way, we were more than happy to do). and then the non-vegans will probably tell us our dessert looks awful.

Haha, this has turned from answering a simple question to a rant to a full-on pity party in fewer than 400 words. Go me.

If we offer to bring dessert, let us. Yes, it will be vegan, but it’ll also be delicious as hell. A lot of us are desperate to show off how great vegan food can be, so let us! If you think that trying one aquafaba pavlova will turn you into a hippy, you need to have a little talk to yourself.

Don’t mock us for mentioning that we’re vegan. Everyone on a diet that’s different to the norm talks about it a lot. We eat upwards of three times a day. It would be weird if we didn’t mention it.

For the love of all that is holy, stop assuming that we’re desperate for some meat. No, I don’t think your burger smells delicious, you ignorant piece of shit (vegans, don’t call non-vegans ignorant pieces of shit – they proper hate that).

Stop asking us about desert islands, lions, and cows taking over the world unless you PROMISE to listen to our response.

Stop cooking potatoes in animal fat. It feels like a direct attack, tbh.

Stop saying you love animals. ONLY VEGANS ARE ALLOWED TO SAY THAT. You only love some. Ironically only the ones that don’t taste good.

The second hardest thing about being vegan

The planet is dying and no one seems to give a shit. Plastic straws are being banned in England in 2020, which is a step forward, but I feel like more could be done on an individual level IF (big if) people were aware of the detrimental effect raising animals for food has on the environment.

There are to be provisions made for disabled people (some of whom need plastic straw), which is ok, but it really depends on how readily available they are – it would be nice if plastic straws were readily available should anyone NEED one, but everyone else just, I don’t know, carried a metal one, like we carry shopping bags, we wouldn’t need to go the whole hog.

Leave me a comment if you can think of any other difficult things about being vegan.

Whenever I write posts like this I think of the OG vegans that didn’t have Gregg’s sausage rolls and readily available almond milk, and I’m humbled. I don’t think I would have coped, although I like to think I’d have given it a shot.

Also, I still feel like a nuisance now and again and I’m pretty sure my whole family thinks I’m mad BUT at least I have 7% of the UK population to back me up. The OGs were out there on their own, raising healthy kids that society assumed would die. 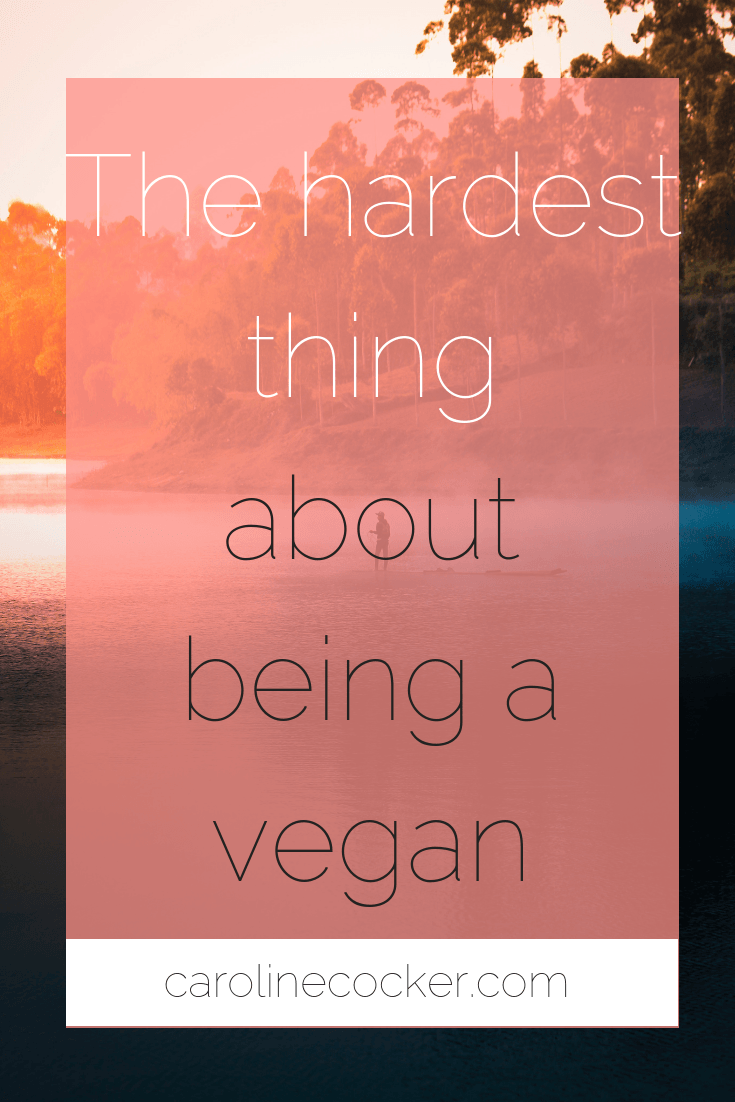 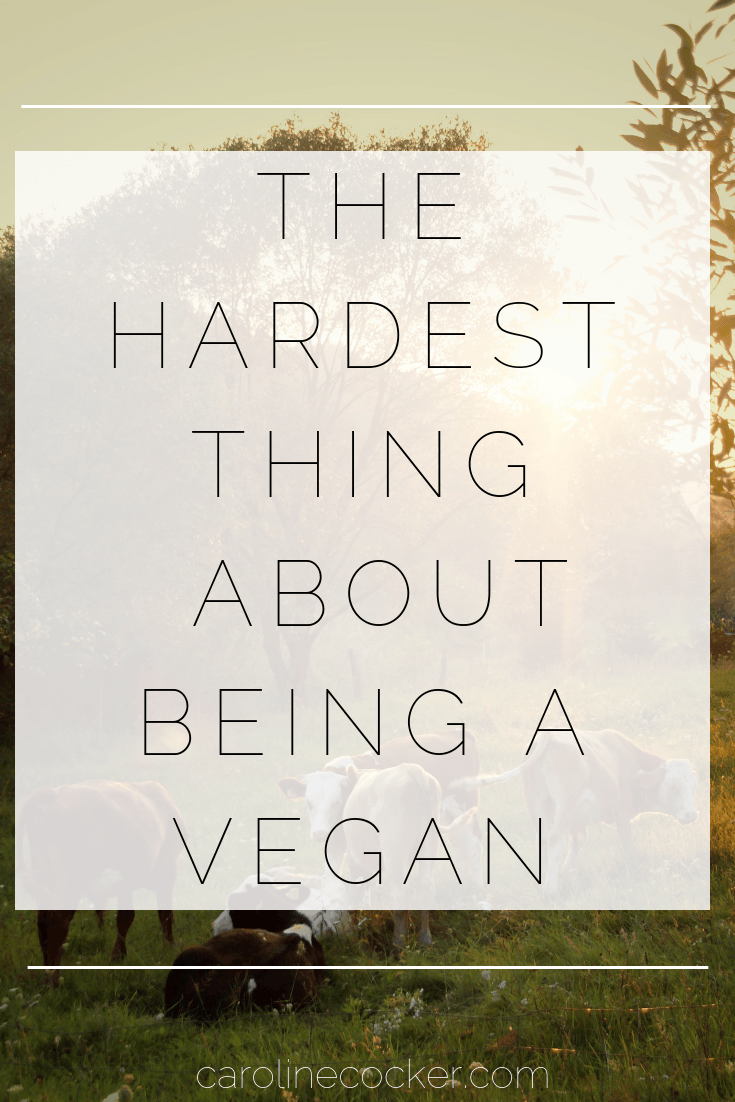 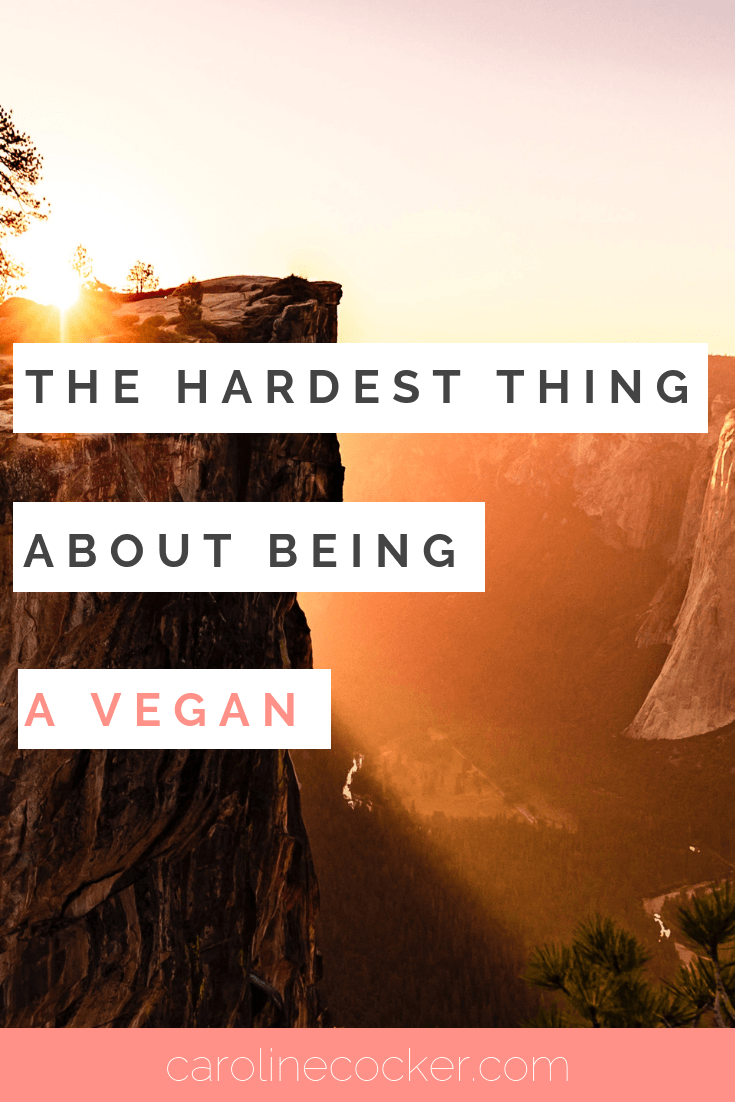