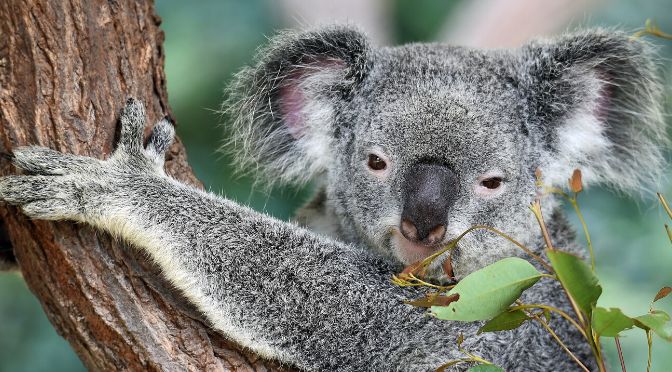 Suffice to say, this whole post is an educated guess. PLEASE DON’T LEAVE. At least not yet. You won’t find a post that definitively states what will defo happen if everyone went vegan tomorrow. Unless equipped with a magic ball, no one knows exactly.

However, I can tell you what won’t happen, which sounds weird, but I feel like I need to refute a few of the common myths that are still hanging around when people pose the ‘what would happen’ question.

I’ll tackle this question in a few different parts because there are a lot of areas of life that would be affected by a worldwide vegan shift – things like the economy, farming, wildlife, health, climate change, and the extinction and/or overpopulation of the various animals we keep as livestock.

Let’s crack on, I have a lot of educated guesswork to get through:

There’s a myth that keeps doing that rounds that claims that the economy would be negatively affected if we all went vegan.

But the economy isn’t as cut and dry as that. Sure, a lot of dairy and meat farmers would be out of business (if they choose to ignore the writing on the wall and fail to diversify in time), but they tend to have a negative effect on the economy because taxpayer’s money is chucked at them in the form of subsidies.

Sure, the price is lowered, but we’re still paying for it. And as a vegan, that’s pissing annoying.

The widespread effect on the economy is as yet unknown. Especially in terms of health and climate change. If rates of bowel cancer and heart disease decrease (which have both been linked to diets high in red meat) health care costs could plummet. Diseases like diabetes are linked to diets high in saturated fat, which vegan diets tend not to be.

The government pays out billions for disaster management – flood defences, dealing with the aftermath of extreme weather, be it hurricanes, flooding or fire.

Whilst it’s unclear exactly how positive an effect the world going vegan could have on our economies, one thing is clear: our current appetite for animal products is leading in the complete opposite direction.

This is a biggie. It’s a common belief that if we stopped eating animals and their secretions, and just ate plants, we won’t have enough land to sate the world.

Of all the land used to grow food now, 68% is used for livestock. SIxTY EIGHT PERCENT.

What about soya? the meateaters whine. Isn’t it a monoculture that devastates rainforests? Yup. But it ain’t grown for human consumption. It’s grown for animal feed. So we could definitely cut the amount of soya grown in half (up 90% of all soya grown is feed to animals), probably considerably more.

So don’t worry about having enough land to grow if we all went vegan. We’d actually end up freeing up a lot of land.

If we all went whole-food plant-based, then the ramifications in terms of health would be astronomical. As in, certain types of cancer could be nigh-on eliminated.

But we’re not going to do that. I’m certainly not.

In general though, we’d be eating more fibre and less fat, so like I mentioned before, rates for diseases like heart disease and diabetes would start to fall, rather than rise. By how much really depends on what everyone’s vegetable-to-Coop-doughnut ratio.

Let’s just say there would be a lot more of it if we didn’t farm animals. And you can say all you want about needing to protect crops, but you can do so by other means rather than just killing them.

If killing animals for food was banned, I like to think we’d become more compassionate, so growing food in greenhouses and using fencing would be the norm, rather than traps and shooting.

The land freed up from grazing would rewild, so hopefully we could get back a few of the wildflower meadows that were lost (in England, anyway). Since we’d no longer farm bees, there would less risk of disease transmitting from bees from other countries (a large factor behind the decrease in the world’s bee population).

Palm oil production wouldn’t be affected, BUT since we’d no longer need as much soya and land to graze cattle, hopefully the need to chop down the rainforest would diminish. Although if the world went vegan it would probably be due to climate change, and if that were the case I’d like to think the rainforests would be protected, because, you know, they’re the lungs of the earth.

The increase in compassion would mean we’d have more people feeding animals that need a bit of help, like hedgehogs, and less need to kill animals like bears, tigers, and foxes to protect livestock. We can but hope.

According to this study, if we all went vegan, manmade greenhouse gas emissions would shrink by 70% by 2050. If you hadn’t already realised, that’s pretty significant. The same study puts a cash amount on that: the economy would save 440 billion quid. That’s…quite a lot.

Would cows take over if everyone became vegan?

We breed them. We force them to bear more young that they ever would in the wild, over a significantly shortened life span.

This is something parents tell kids when their kids decide that eating cows is mean, and the parents panic.

Parents: your tiny child is correct. Eating cows is mean.

Would cows go extinct if everyone became vegan?

Well, maybe. But who cares? I assure you, the cows don’t give a shit or even notice.

But there will be people that keep cows as pets, and there are wild forms that we don’t eat, so it’s cool. The last remaining domestic cows would hoping end up in sanctuaries, but if not, they’re no worse off than the billions of cows that died before them.

What would happen to the livestock if we all went vegan tomorrow?

That probably won’t happen, btw. It just won’t. Gradually over time demand will dwindle, until no cows are bred at all.

But let’s say something catastrophic happened (probably to do with climate change) and we all had to go vegan tomorrow. What would happen to the cows and sheeps etc?

Obviously that’s up to the government, but worse case scenario (and weirdly, the answer that most meat eaters are looking for when they ask vegans this) is that they’re all slaughtered.

That’s it. That’s what will happen. Exactly the same thing that’s going to happen to them anyway. They won’t be turned loose to run rampage and eventually starve to death because…well, why would they be?

This is unintentionally onesided. If you can think of any negative side effects of the world going vegan, leave them in the comments. Even if it’s just that you’d miss bacon; that’s valid. I miss cheese.

You know what is sad though? The prospect that we could save billions of lives, both human and animal, but we don’t because we like the taste of something.

If you actually need to eat meat to survive, I’m not talking to you. You’re allowed.

It’s the rest of you idiots out there.

This is especially resonant after all that footage of the burned koalas. They were burned because of cliamte change, which we can slow by cutting back on burgers. THINK OF THE KOALAS.

4 thoughts on “WHAT WOULD HAPPEN IF EVERYONE WENT VEGAN?”