I must have been asked what do vegans eat for Christmas dinner a thousand times. So I always give the same answer: mashed potatoes, roast potatoes, stuffing, Yorkshire puddings, brussels sprouts, veggie sausages, etc, etc, etc. It’s probably one of the easiest meals to veganise!

VEGANS CAN EAT SPROUTS ALL YEAR ROUND SO HA!

It is so super easy to veganise!

I was meant to be heading down South to spend Christmas with my boyfriend’s family, but our car died so we currently have…no solid plan. Wheeey.

My parents live nearby though, so we may well ask to be allowed a small seat under the table there OR do what we did last year and cook it ourselves.

And by cook it ourselves I, of course, mean Dave cooked it and I read a book then did the washing up.

There’s nothing like a post-Christmas dinner nap without the dread of being judged for snoring.

And being able to watch Strictly without having to pretend you’ve lost the remote and can’t change the channel.

So anyway, what am I actually eating?

What I have for breakfast on Christmas morning varies wildly – I either eat all the food: Just Rol cinnamon swirls, pancakes, maybe even a cheeky prosecco or two.

Or alternatively, I’m hungover as hell and just lie dying on the sofa like a consumptive courtesan.

Personally, I’d go for the cinnamon swirl and no hangover option. The swirls come in a little metal tube and you just chop the cylindrical pastry into slices and bake in the oven. They are unreal.

I might make myself a little fruit compote to, and just have it with some almond or peanut butter. You don’t have to worry about bulking it out with oats or whatever on Christmas day. The assumption is that you’ll graze all day like a gazelle anyway.

Don’t let anyone talk smack to you about not being able to eat turkey.

No one even likes turkey. Not in the UK anyway.

A nut roast is the most obvious choice for the ‘meat’ part of a Christmas dinner, but that’s not really for me. I’m as content as can be with a Linda McCartney sausage or pie.

There is a tonne of recipes for vegan Christmas pudding and cake out there. Tesco, Waitrose the Coop all sell them. Alpro cream or Swedish Glace ice cream is great, or you can make up some Bird’s powdered custard with plant milk.

If you’ve read my infamous Yorkshire puddings post (here’s the link) then you’ll know that whilst making vegan Yorkshire puddings is not only possible but actually not too difficult, it’s quite the faff for a lazy vegan such as myself.

When I posted the…mediocre results of my Yorkshire pudding test day, a lovely person commented that you can get frozen Yorkshire puddings from here, so that’s 100% what I’m doing next Christmas.

By Christ, we like a bit of cheese at Christmas. If you’ve been around these parts before, you’ll know my thoughts on 99.6% of vegan cheeses.

The fake cheese taste – the one that tastes a bit…sicky – is absolutely vile.

I don’t like the Sainsbury’s vegan cheesy kievs that everyone else seems to. Maybe because I was a cheese fiend prior to becoming a vegan. The stinkier the better.

I WANT GARLIC KIEVS THAT DON’T TASTE OF VOMIT PLZ SAINSBURY’S. THANKS FOR TRYING THOUGH. EVERYONE ELSE LIKES THEM THOUGH. IT’S NOT YOU, IT’S ME.

I can tolerate a bit of Violife. It’s fine, but not great.

What is great, is Tyne Chease. I know I mention this company a LOT, but they make seriously incredible vegan cheese. It’s not the kind of cheese you’d melt in a toast (Violife is fine for that, especially the red cheddar), it’s kind of cheese you eat in abundance with ritz crackers in front of the TV with a glass of wine.

The perfect cheese for Christmas.

Don’t let any non-vegans have any unless you think it’d help them to eventually go vegan. This stuff is too good to share with people that won’t appreciate what a work of genius it is.

To sum up: what do vegans eat for Christmas?

I suppose the point I’m trying to make with this post is to not get yourself all het up about cooking a vegan Christmas dinner. As I’ve already said Christmas dinner is about the veg (esp. sprouts) and all the extras like applesauce, stuffing, and crackers.

And, if you’re cooking for a vegan, don’t complain about not being able to cook potatoes in goose fat. Take a fucking look at yourself. The best fat to cook roasties in is sunflower oil (don’t @ me) so leave the fucking geese alone.

There is one thing missing from Christmas day for vegans, and that is large tins of chocolates that can be bought for under a tenner. Come on, Quality Street, Roses and Celebrations – you could make a killing of vegans.

We want to eat continuously on Christmas day too!

I’m planning to eat Starburst and Skittles instead. I love both them but abstain for most of the year because they make my teeth tingle in a way that makes me fret. I don’t want to be responsible for the rumour that being vegan will make your teeth fall out.

Now I don’t know about you, but we eat leftovers in sandwich form for tea, and I can tell you that a sausage, cranberry sauce, and stuffing sandwich cannot be beaten. Wow, I could really go for one right about now.

Working in a restaurant this time of year really makes me crave Christmas food. I’ve had stuffing with my tea a few times recently (tonight, actually, with baked new potatoes, cauliflower, and Quorn nuggets). I don’t know why I don’t eat it year-round.

Ugh, I really need to get my rear in gear and have a go at making some Yorkshires.

I’m vegan and Dave is gluten intolerant so the whole thing just seems like a faff.

However, I’ve noticed that a lot of the vegan recipes are naturally GF because they use chickpea flour. I’ll have a go (eventually) and report back. 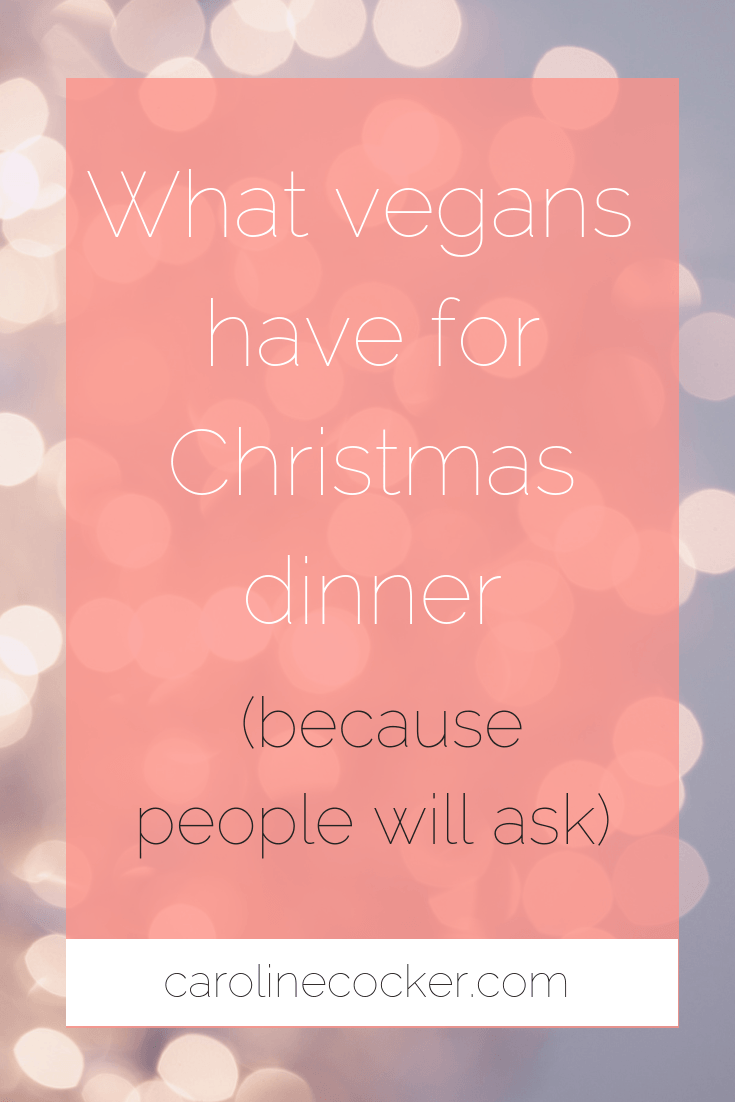 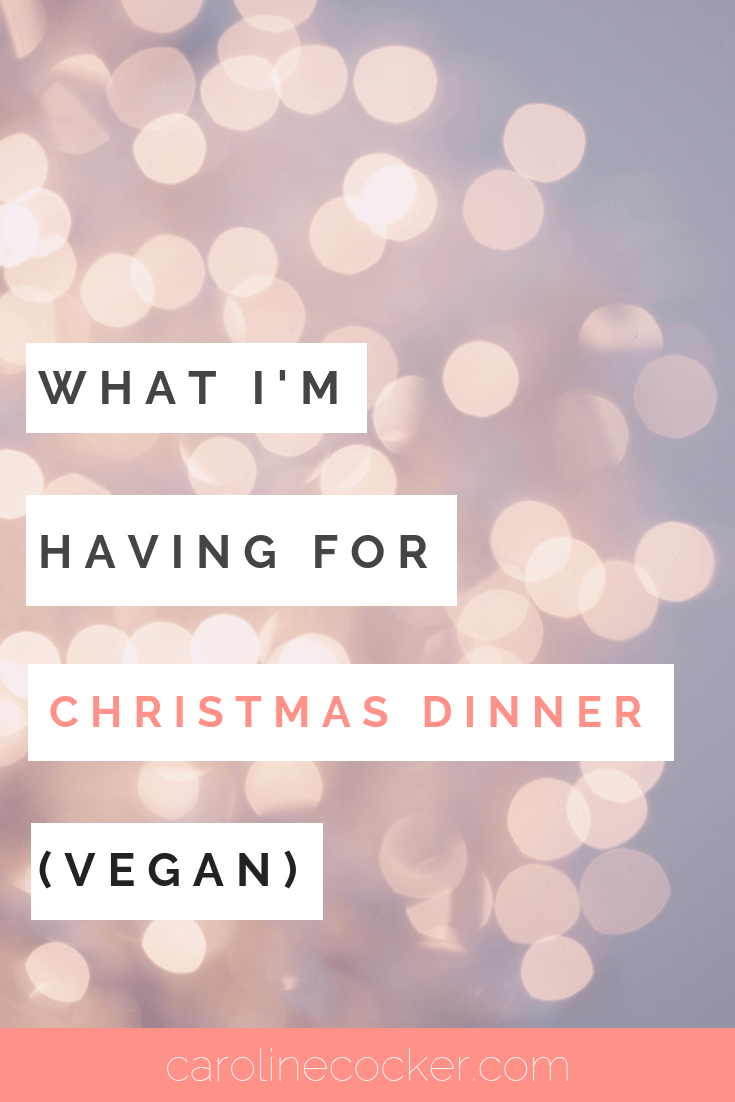 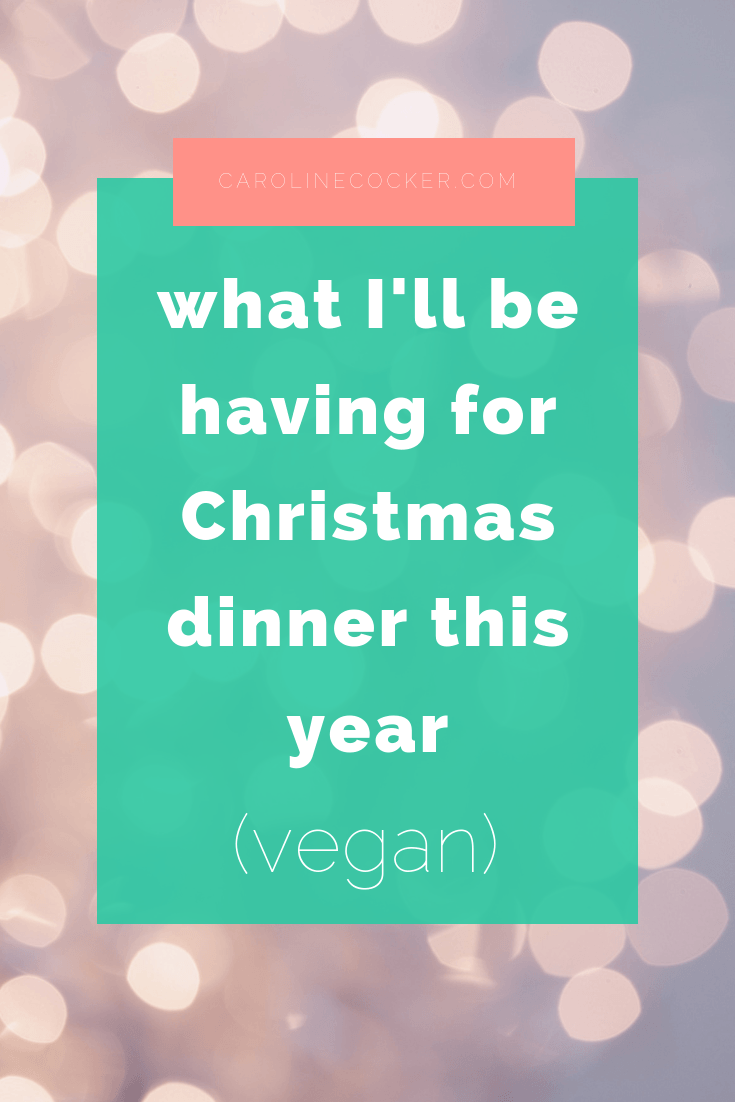 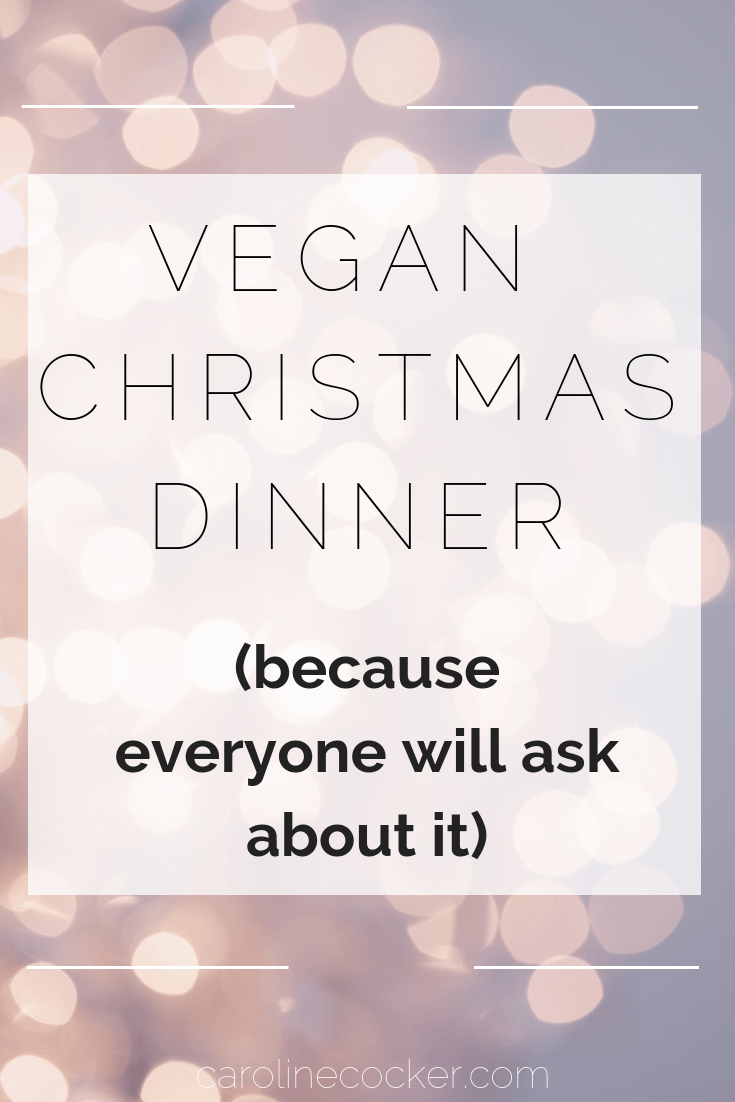 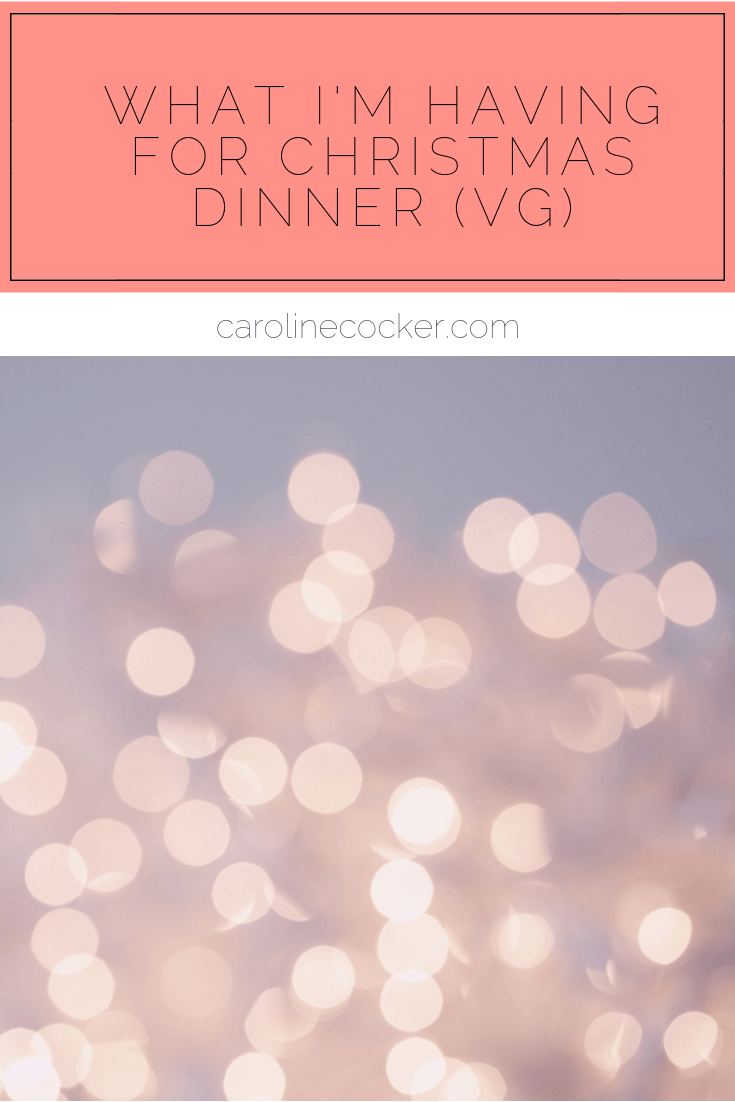 Whatever you have for Christmas dinner I hope you have a great day. And remember to be a gazelle and eat all day.