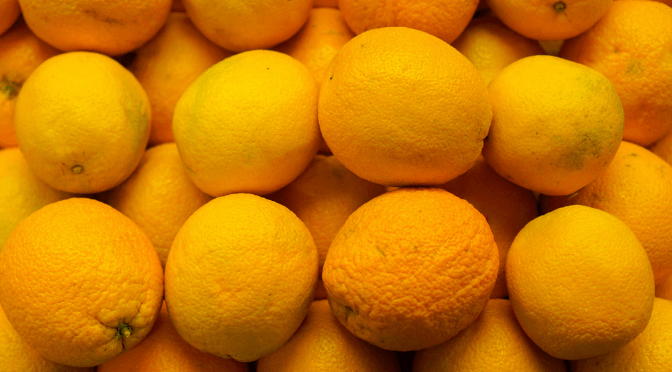 It’s a puzzler if you’re new to the vegan lifestyle: what are some good vegan recipes?

Ok, a disclaimer first: yes the following post will detail 10 easy vegan meals BUT there will be some cooking involved. I live in far too cold a climate to be a raw vegan.

(Also, I love chips too much.)

However, none of these are complicated.

None of them contain weird ingredients.

In fact, I think the most obscure ingredient is chickpea pasta, but if that’s too out there for you, by all means, go with whatever pasta you have in the cupboard.

The only reason I tend to go for chickpea or lentil is that my boyfriend is gluten intolerant.

He can eat a bit, but he prefers to use his gluten allowance up on toast, which is fair enough.

If you can’t cook AT ALL, check out my blog post on vegan sandwiches.

*Just goes to show how quickly the world changes: there are SO MANY vegan ready meals now. Tesco Plant Kitchen and Wicked reign supreme IMO.

Discovering good vegan sandwich fillings was something I really struggled with in the beginning, because prior to going vegan I didn’t believe a sandwich was a proper sandwich until it contained cheese.

All vegan cheese is either vile or too expensive to be consumed regularly, so there was a bit of a learning curve.

So, what are some good vegan recipes that are kind to poor and lazy people?

1. Veggie sausages with chips and salad

Sometimes we even omit the salad. Because I’m a grown up and can do what I like.

My favourite sausages are the original Linda McCartney ones. I am NOT a fan of the rosemary and red onion ones. Urrrgh. They’re rank.

Other good vegan sausages are:

The chips are usually McCains oven chips. You see? Being vegan suddenly doesn’t seem so bad, does it?

If they’re on offer I sub in potato Smiles, because they’re delicious. Sometimes I’ll have a baked sweet potato instead (filled with mashed avocado yes yes yes), but not that often.

The salad is sometimes bagged salad, because Dave loves the Sainsbury’s bistro salad, and then we make our own little concoction. F

or two, I chop a small red onion, a bell pepper, half a cucumber and about twenty cherry tomatoes.

I don’t like salad dressing, but on the occasions I do fancy it (bizarrely only when I add olives to the salad, which I rarely do because Dave hates ’em) I just put on some olive oil and balsamic vinegar.

If you’d like to increase the protein or nutrients in this meal, add a tin of 3 bean salad to your salad.

Or get rid of the salad and add a side of baked beans (drink with orange juice or chase with kiwi fruit to absorb all that iron).

A classic. Sometimes I pop in a few veggie sausages, but I don’t usually bother.

I use the Ugo Thrive chickpea fusilli but I get that it’s a bit more expensive than regular pasta (it’s about £1 a portion), so, by all means, use whichever pasta you like.

It’s worth bearing in mind that the Ugo Thrive one has 25g of protein per serving, so if you’re feeling super lazy/hungry and just want to stir in a bought pasta sauce *slowly raises hand* you’ll still be sated.

The main benefit of having the pasta as the protein source is that you’re legally required (I assume) to add a source of carbohydrate.

The Coop does a frozen garlic bread which is vegan and delicious.

If you’re worried that this meal is not adequately nutritious, then adding a few raw veggies to the sauce works well.

If you have them, a bit of chopped fresh basil, parsley and/or coriander are bursting with micronutrients.

Not enough protein for you? Heat some cannellini beans with sauce. Cook some veggie meatballs/sausages to stir through the sauce.

Omg, I almost forgot the mention the best thing about the chickpea pasta: it only takes 5 minutes to cook. Boil, drain, stir through sauce, serve, throw down throat. DONE.

I will now share an alarmingly simple chilli recipe. It’s definitely NOT authentic.

Fry a white onion, two sticks of celery, a small grated carrot and a green pepper* for either a short time on a high heat or a long time on a low heat. Long and low tastes best, but obvs it depends on how hungry you are.

A short time is about two minutes, a long time is anywhere between ten minutes and an hour.

Cook this for about a minute then add half a pack of soya mince (250g). I use the Sainsbury’s own one. A tin of lentils or some torn up tofu or tempeh will work here too.

Then I add two tins of tomatoes and, shamefully, enough Nando’s medium sauce to make it spicy enough for me.

I leave it to cook for a long time (see italicised portion above) then eat it with (more shamefully) microwaveable brown rice. And some of the Oatley creme fraiche.

*You can use any colour pepper tbh but I always buy three packs and the green ones are always left to rot in the back of the fridge because they don’t play nicely in salads.

The Quorn fillets, that is. Or nuggets. Or sausages. You get the gist.

Mash is most delicious if you bake the potatoes in the oven then after an hour or so scoop out the flesh and mash it. Eat the crispy skins dipped in Nando’s sauce. Delish.

Oh, and it turns out that to make delicious mash you need to add NOTHING to it. No butter, no milk. Just mash those bastards.

The gravy is caramelised onion Bisto. No shame. To dress it up a bit fry off some mushrooms and onions and add them to the gravy. You can also cook your fillets or whatever in the gravy.

Btw, if you’re looking for Sunday dinner ideas, this is the one.

If you’re a healthy sort of person you can add some veg too.

Frozen brussels sprouts are amazing if you cook them in the gravy/mushroom/onion mix.

Also, broccoli will make you live forever if you eat enough, so add a steamed side of that.

Turns out you don’t need parmesan or cream for a decent risotto (although the Alpro single cream is unnervingly…creamy).

My risottos are all fairly simple: fry onion, carrot, celery (and a withered green pepper if you need rid of one). Stir.

Add a tin of tomatoes bit by bit. Stir.

Add in stock (using a stock cube) and keep adding stock/stirring until the rice is cooked.

Ok, what I’m about to outline now is a cursed dish that you must never speak of, but I want to let you know it’s possible. Just don’t tell anyone and definitely don’t call it risotto.

Make yourself a pasta sauce, add some veg, then stir in the contents of one of those microwaveable brown rice packets.

Want more protein? I quite like to add black beans to risotto. If you fancy cooking proper, dried rice, you could also use the half the amount of rice and replace with half a cup of red lentils.

The beans one is self-explanatory. Make toast, cook beans. Done. Have some orange juice to help absorb the iron.

Mushrooms are a little more complicated. Fry with garlic and/or onion. Add soya cream if you like. The only non-negotiable is you need a pinch of salt and you need approx. 100 grinds of black pepper, more to taste. And about the same amount of smoked paprika. It goes a pleasing pink colour. Fresh coriander and/or parsley on top is nice.

You can line the toast (??) with hummus pre-mushrooms if you like, for a few extra nutrients. I also line my avocado on toast with hummus first and weirdly, prepare my avocado in much the same way as I do my mushrooms, except I don’t fry it. I mash it, then add a bit of salt shit loads of pepper and smoked paprika and some lime juice.

If you’re not the kind of person that keeps fresh lemons and limes around, use the squeezy bottle instead – it’s usually found in the baking aisle.

Then coriander and/or parsley on top.

Chopped cherry tomatoes are a great addition to either the mushrooms or avocado on toast.

The toast you use is entirely up to you – I’m rather partial to the Hovis wholemeal thick sliced but the best ever is the coop olive bread because a) it’s LUSH and b) Dave doesn’t like olives so I can eat it all myself.

If you really really miss just buttery toast but can’t get away with using margarine, I strongly urge you to try the Naturli brand from Sainsbury’s. It’s just like real butter. Promise

DISCLAIMER: I work in a restaurant and the boss makes the BEST lentil and Tuscan bean soups.

So I don’t have recipes. Instead, here’s a Pinterest search of recipes I did. You’re welcome.

The thing is though, these soups are v v good for you and keep you v v full for a v v long time.

The best thing about soup is that you get to eat it with bread, arguably the best invention by modern man. If you’re looking for a good vegan butter, check out this post where I dissect your options.

Once the cheese and meat options are removed from pizzas you can really start to think outside the box.

Stirfry veg is weirdly nice on pizza. Once I had onion rings on top. My boss made it for me, and though I’d have never in a million years thought to ask for it, it was incredible.

The combo of onions, garlic, mushrooms, olives, and pineapple is nice and you don’t miss the cheese.

There’s a lot of vegan cheeses available – Violife is rather nice melted (and by rather nice I mean not absolutely horrendous) – so you could make yourself a ‘normal’ pizza that way.

The Goodfellas falafel pizza, by the way, is incredibly good. What they’ve done is replace the cheese with falafel. Clearly a move someone came up with after a glass of wine too many, because it’s a bit out there, but weirdly, it works.

The only other explanation of how they came up with the idea is that they couldn’t think of any vegan food that wasn’t falafel.

I can only really face these in summer because I like a warm tea in winter, but they are nice.

There is a mahoosive list of things you can add to a salad bowl, so I shall compile one, but I’m stopping when I get bored

Fry onion, celery and carrot (and probably yet another green pepper).

Bake in oven for half an hour. Done.

This is another great option for a Sunday dinner, because you can put any veg you like on the side, as well as stuffing and, if you’re far less lazy than me, have a crack at making vegan Yorkshire puddings.

So, you asked: What are some good vegan meals, and I provided you with 10 vegan meals that are easy to adapt if you want to add micronutrients/protein, easy on newbies, and easy on the wallet.

Worried that you’re not getting enough protein? Click here

Worried that you’re not getting enough nutrients? Click here

Not only are they simple, but they’re also fairly forgiving to people that aren’t very good cooks.

One of the best things about cooking as a vegan is that you’re unlikely to give yourself food poisoning. Provided you don’t undercook rice or eat elderly bean sprouts.