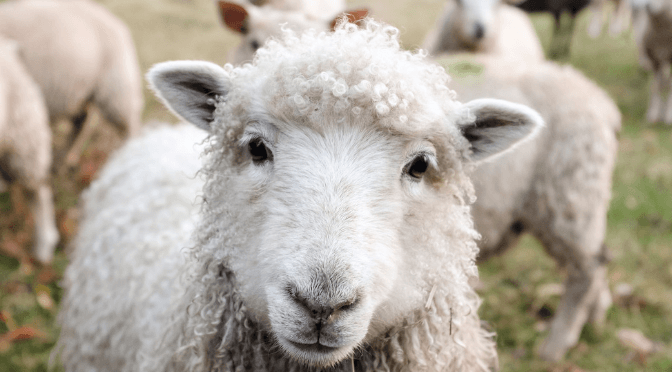 I’ve answered all of these pertaining-to-vegan questions elsewhere on the blog (I think), but it’s nice to have a little roundup of questions that people commonly ask.

Naturally, I sought out the help of the internet, which provided me with many questions that I thought everyone knew – an issue, I suppose, with only following people on SM that have broadly the same values. Doesn’t everyone know why vegans are vegan? Apparently not.

We’ll crack on shall we. None of us are getting any younger.

Why are vegans vegan?

True vegans (as opposed to plant-based peeps) are opposed to harming animals. Why? Because it’s cruel and, crucially, unnecessary.

There are three main reasons people choose to adopt a vegan lifestyle: the animals, the environment, and their own health.

Read this post for a more in-depth discussion on this topic. And by a discussion I mean me waffling away to myself.

You can come at me with your pasture-raised, free-range, organic meat and I won’t be swayed.

I’ve seen too much footage from slaughterhouses, and I’ve read too much about the environmental impacts of pasture-raised cattle.

More people than I thought possible don’t seem to realise that in order for a cow to produce milk, she must be (artificially) impregnated and give birth to a calf. The male calf is then either slaughtered or raised for veal. The female is raised separately and fed formula. Because we want the milk.

I would have less of an issue with this if milk was either delicious or massively healthy, but it’s not. It’s not even making farmers happy, because they get paid so little for it.

A smol history lesson: the reason milk became synonymous with growing big and strong was that it was credited with drawing Britain’s kids back from the brink of death by malnutrition after the war. It’s chock full of protein, calcium, and fat. That is good for growing children. It’s literally growth formula. That’s why humans produce milk

It’s also chock full of saturated fat and protein – something the kids of today have way too much of. We’re living in a time of abundance – cows don’t need to suffer.

And yes, of course, I understand that there are people out there that face a choice of either cow’s milk or malnutrition even now, and they can drink it. But the majority of people could do with being weaned.

‘Because it’s gross!’ she wailed from the rooftops.

I used to eat eggs. I used to LOVE  them – poached on toast if you’re interested.

Not anymore though, since I got wise to the realities of egg production – the cramped conditions and the grinding up/gassing of the male chicks. It’s just not cool, not just for eggs, for which there are tonnes of alternatives.

I don’t fucking know. I tried to google it and there are a lot of passionate people both pro and con.

But that’s not the point. They’re gross and cruel.

Read this post for more info re. cutting the wings of queens etc.

Why are vegans so angry/aggressive?

Though my family may disagree.

I don’t think a lot of vegans are angry, I think being presented with facts that make them uncomfortable makes people feel attacked.

But in defense of the angry vegans, I get it. It’s an emotive subject – animals are being slaughtered in their thousands because people like the taste of bacon. Hospitals are struggling to cope with the number of people with diet-related diseases*. The environment is being ravaged to make way for pastureland and soya plantations to feed the animals.

*I don’t think vegans are automatically healthier than meat eaters BUT I do think that adopting a plant-based diet makes you more aware of what you’re eating. This article on the subject is worth a read.

Why are you vegan?

Here’s my vegan story, but basically, I love animals.

Like I mention in the blog post linked above, my brother is a gamekeeper and my dad was brought up on a pig farm so I wasn’t exactly born to this lifestyle.

What’s the hardest thing about being vegan?

For me personally, it’s that people find it awkward. I’m a non-confrontational people-pleaser, so avoiding awkward situations was one of the reasons I stayed vegetarian for so long.

It actually didn’t take too long for me to get used to being a nuisance. If I go to stay with people now I take my own milk, butter, and Linda McCartney sausages, and try to be as low key about it as possible. Demonstrating how easy it is to be vegan is a great way to encourage other people to cut down on their consumption of animal products.

Is it hard to stay healthy as a vegan?

No. It’s hard to down out all the misconceptions about what healthy is.

Read this post for more info, but basically, if you eat fruit, veg, grains, nuts, and seeds abundantly, you’ll be fine. And take your B12. And vitamin D in winter if you’re in the UK.

Yoga and running. More yoga than running tbh. I’ve been doing the monthly playlists that Adriene Mischler posts on her Youtube.

I’m currently doing a slight shred (read: fewer oven chips and stopping having a whole plate of hash browns and onion rings at 10 pm) so I’m hoping to start running more. When the initial hoo hah has died down over Grace Beverly’s B_ND launch, I’m going to grab me a band and a guide and get ripped. Possibly. We’ll see.

Is your family vegan?

Although my boyfriend doesn’t eat much meat and happily chows down on the vegan food I cook.

What are your hobbies?

Between my day job, this blog and the story I’m writing (wait, I suppose they’re hobbies too) I don’t have much free time, especially since I like to spend at least half a day each week just sitting on the sofa.

I write so obvs I read voraciously, I like to hand letter (I have an Apple Pencil, so sometimes I can do this in the time I allotted for sitting down, and I LOVE watching Gardeners World with a glass of prosecco.

For the past five or so years Dave and I have walked dogs from a nearby shelter. It’s WILD. We’ve walked dozens of dogs and yes, I’ve wanted to adopt them all. We walk the dogs off-site – bundle them into the back of the car and take them on a little adventure.

Do you miss some non-vegan foods?

Yep. Would I eat them? Nope. Did it take me a while to feel that way, and not want to cry every time I walked past the cheese aisle? Yep.

No. I love bread. It’s a great source of protein, vitamins, and minerals. Enough to write a whole freaking post on how much I love bread.

I hope you found that helpful – either as a non-vegan or as a vegan that struggles to explain stuff to all the dietitians and organic farmers that come crawling out of the woodwork when you mention you’re vegan.

If you want me to cover any of these topics in greater detail, plz leave me a comment below, or message me on twitter. Ta! 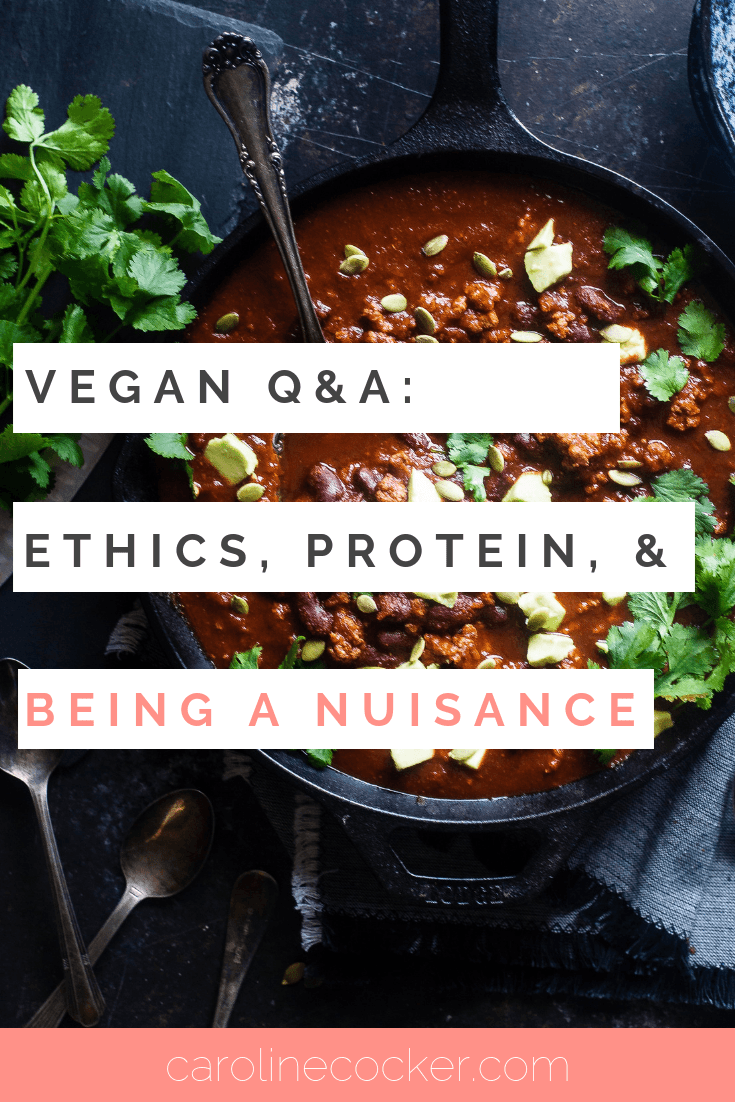 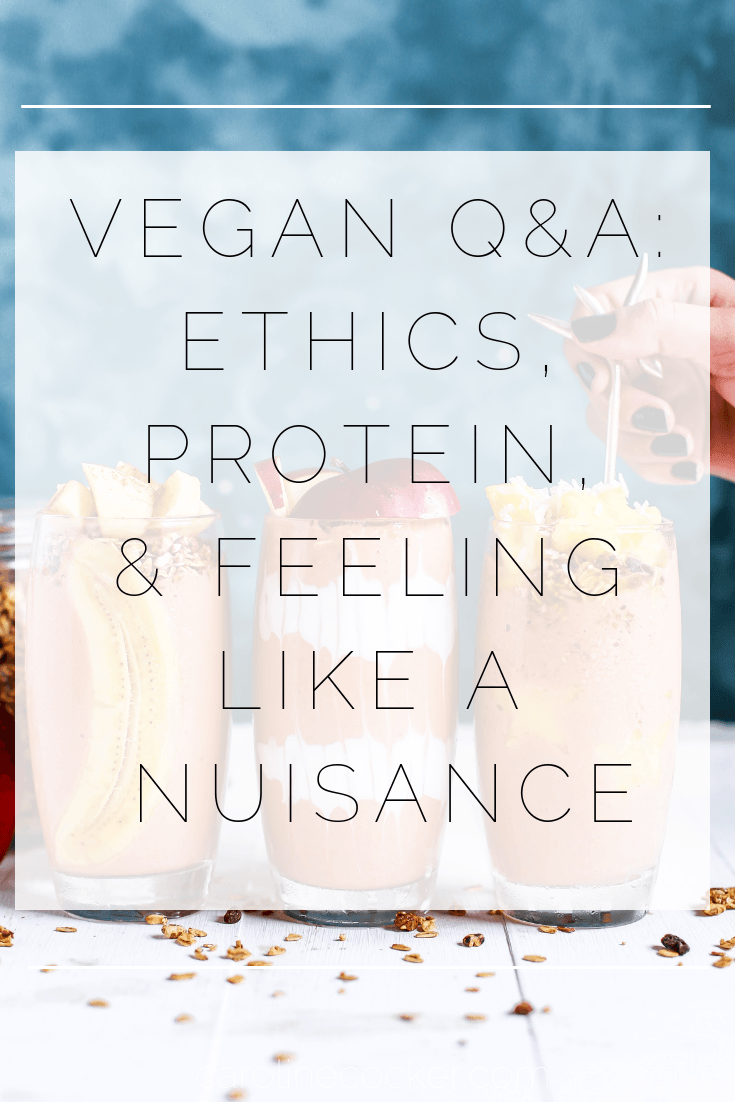 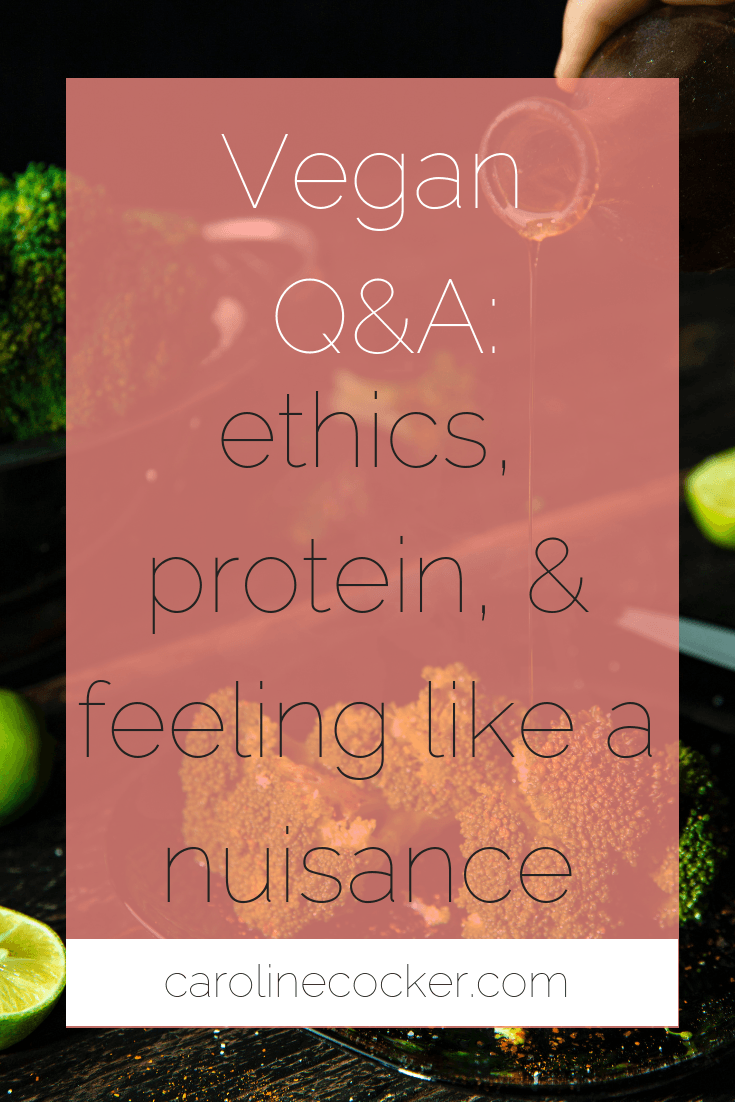 2 thoughts on “VEGAN Q&A: ETHICS, PROTEIN & FEELING LIKE A NUISANCE”