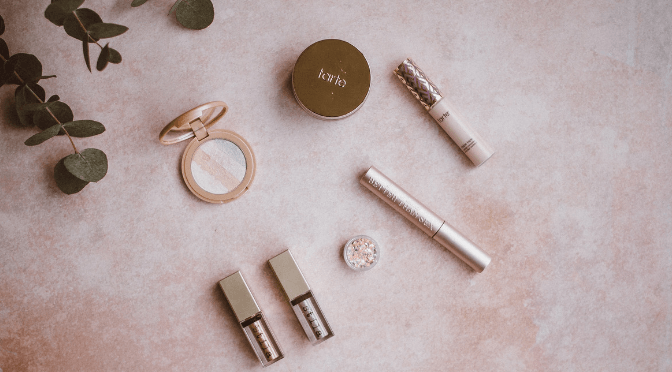 I love makeup. I used to have a hellish collection, and probably a little bit of an addiction to buying new products. But you have to be a bit more cautious to ensure you’re getting vegan makeup. All kinds of gross non-vegan things sneak their way into seemingly innocent products.

I’m not entirely sure when I became aware that a lot of makeup is still routinely tested on animals, but I remember being appalled, and quite shocked. I’ve heard so many people say that they don’t support testing cosmetics on animals that I assumed that companies no longer did it.

Turns out that despite few people actually supporting animal testing for cosmetics, most people are blissfully ignorant that it still goes on.

I went as cruelty-free as possible overnight. I researched cruelty-free brands (here’s the list I use) and didn’t buy cruelty-full products again, unless in error.

I still have a lot of non-vegan makeup, but it is all cruelty-free from an animal testing point of view. I imagine that the beetles that were crushed to go into cruelty-free lipsticks wouldn’t agree that they’re cruelty-free.

Anyway, since becoming I haven’t bought any non-vegan makeup products to my knowledge.

Are there any brands I miss?

Not exactly, because not being able to buy these brands has been great for my bank account, but I would LOVE it if L’oreal and Maybelline went cruelty-free. Not just because they’re at the top of their game budget-beauty wise, but because the reach of both of those companies is massive, and it’d be great for raising awareness.

Also, I’m desperate for the chrome highlighters from Maybelline.

What makes a product vegan?

There are LOADS of makeup items out there that don’t contain any animal products, meaning that companies are well within their rights to call a product vegan.

HOWEVER to my mind (and to the minds of all vegans) in order for a product to be properly vegan, it can’t have been tested on animals. That may sound blatantly obvious to most of us, but it doesn’t stop many companies (Clarins, Garnier, L’oreal) from vegan-washing (if that’s not already a term, I’m making it one now). They label their products as vegan, whilst neglecting to mention that the final products were tested on animals.

What’s the deal with China?

Ok so if a company sells it’s products in-store (online only is ok) then by law they have to have been tested on animals.

There have been moves towards changing this, but nothing significant has happened yet.

This means that some products have a little teeny tiny clause at the bottom of their ‘no animal testing’ declaration page stating that animal testing will take place if required by law. Nars, MAC and Estee Lauder, this means you.

Some people choose not to purchase from cruelty-free companies that are owned by another company that does test. They don’t want an animal-testing company financially benefiting in any way.

A counter-argument is that purchasing from cruelty-free brands only shows the parent company that consumers are against animal testing.

How you choose to spend your money is up to you. I didn’t use to purchase from companies that were owned by a cruelty-full parent company, but now I do. You do you.

For a start though, we have Pacifica, Ofra, and Elf.

Hourglass. Rumour has it that they’re going 100% vegan, which would be AMAZING (though not for my debit card).

My skin is normal/dehydrated (click here for my favourite vegan skincare) and I have v rosy cheeks. Not rosacea or anything (I don’t think), just red enough that old ladies will comment on how healthy I look. Which can only help the vegan cause I suppose?

Oh, and my skin can’t take very much makeup. At all. I’m appreciative of my clear skin but if I wear enough of a high coverage foundation to eliminate my redness I look like an alien.

I very quickly look cakey and 100 years old. Sure, I have no visible pores for which I am thankful, but Christ, it really limits me in terms of the amount of base makeup I can wear.

I love to shop around foundation brands, so no doubt I’ll switch to something else when I’ve finished this, but it is lovely.

Tarte Shape Tape and the Makeup Revolution dupe. To be honest, these are both a bit too dry for my under eyes, and I’m going to try something else when I’ve finished them both.

I like the Milani Strobelight Instant Glow in Afterglow. I go through phases of thinking it’s too subtle but it’s really not, especially if you spray your brush with setting spray beforehand.

I’ve just got the Body Shop liquid illuminating drops (thanks to TBS, for clearly labeling your vegan products in store. I LOVE THEM. It’s not a blinding highlight, but they give a lovely glowy finish with no glitter.

Fun story: I’d been after the Becca liquid shimmering skin perfector for YEARS, but then discovered it wasn’t vegan. Then when I went to purchase the It Cosmetics CC cream I found out that the main ingredient is SNAIL SLIME.

The pressed shimmering skin perfectors are vegan though (at least some of the shades are) if anyone fancies one. I’m going to treat myself to one when (if) Afterglow ever runs out.

I got the Kat Von D Shade and Light palette ages ago and it’s still going strong. I don’t personally look at her stuff any more since the whole anti-vaxx stuff, but I think she’s maybe changed her views on that, so it’s worth researching if you want to buy her stuff.

As a pale person with v v dry skin, the highlight shades in the palette are practically useless, but the contour and bronzer shades are nice.

Milani Luminoso. No joke, it’s the only blusher I own. As mentioned I need no help in the rosy cheek department, so I use this on top of foundation to add a peachy sheen to my cheeks. You know, before the red breaks through and takes over my whole face.

I’ve been building up a big Makeup Geek palette for a while but it turns out that not all the shades are vegan, so I’m thinking about switching to the Colourpop single eyeshadows, because they’re working on going 100% vegan.

I highly HIGHLY recommend the BH Cosmetics Desert Oasis palette if you like glittery golds and coppers, as well as warm mattes. Only one of the highlights really works on me but I can use them as eyeshadows so it’s all good. Every shadow is richly pigmented and super smooth.

The B. double ended felt tip liner is good, just be sure to store it flat.

If I’m honest I’m still on the hunt for the perfect liquid liner. Send suggestions my way.

The Essence Lash Princess is great, as is the Kiko Ultra-tech Volume and Curl mascara. Although be warned: the wand is extremely strange. I found a Covergirl mascara in TK Maxx but in all my excitement I forgot to check if it was vegan.

I’m not much of a powder person, but I’ve heard (and so has the rest of the world) great things about the Hourglass Ambient Lighting powders, so I think I’ll save up and get one of their limited holiday palettes this Christmas. Merry Chrismas me.

I’ve just bought one of the Pixi Mattelast liquid lipsticks and I’m in love. I actually wanted one with a glossy finish but couldn’t find a vegan formula I liked. I swatched these but disregarded them because they’re matte.

And then after three hours of admiring the swatch on the back of my hand I went online and bought Au Naturelle.

I have pretty pigmented lips and this is a peachy nude but the coverage is so good that you can’t see my natural pigmentation. They fade really nicely too, which is rare on me. I put a Barry M gloss over the top and I love the result.

Specific animal products to look out for in makeup

Carmine – made from bugs. Also called cochineal. Most likely to be found in red-toned products like blusher and lipstick.

Lanolin – made from sheep

Guanine – – made from fishes

As evidenced by my purchasing of the Stila primer, it can be difficult ascertaining if makeup is vegan. Just do your best. I’m confident that it won’t be long before makeup companies follow such as Makeup Revolution, and clearly brand their products as vegan. 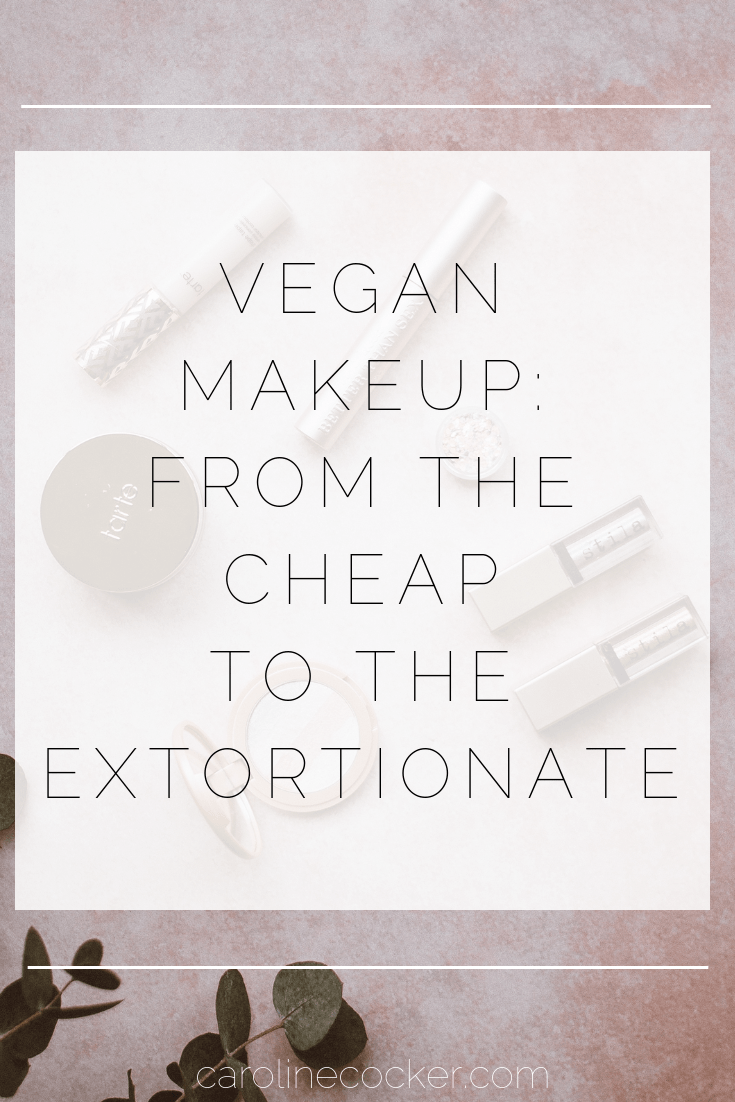 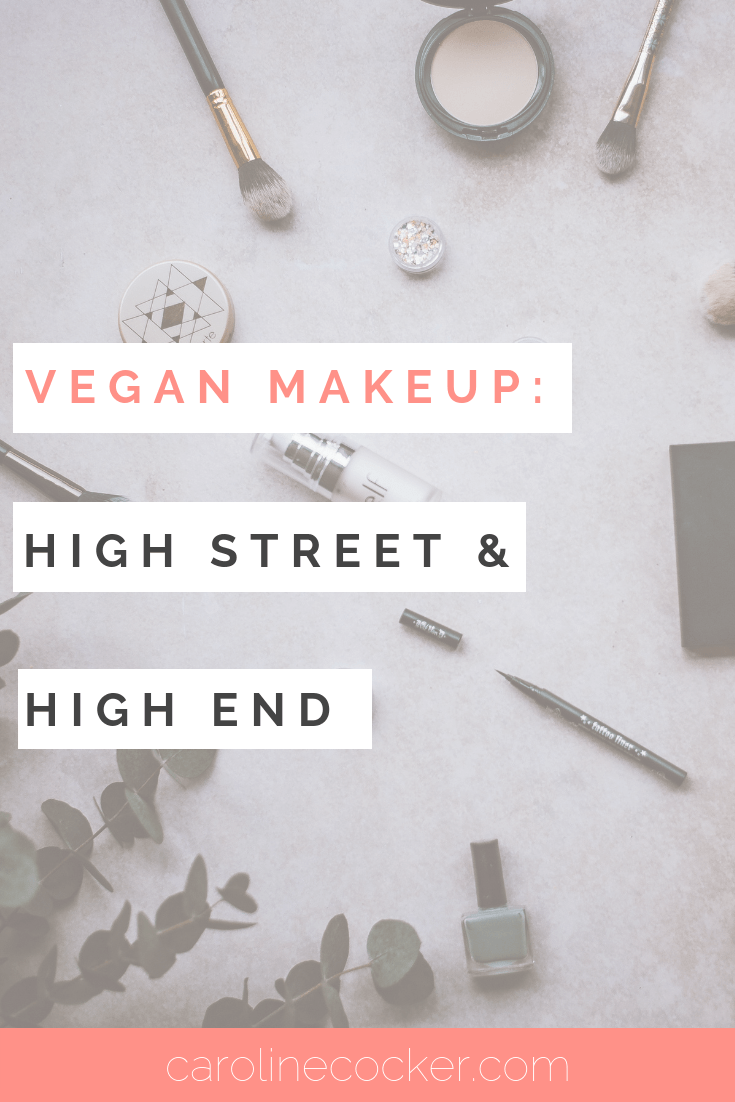