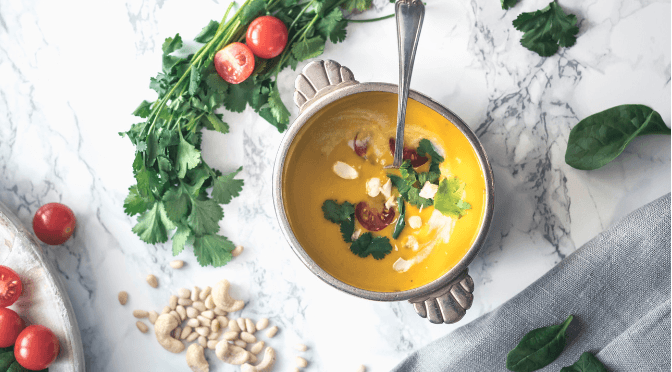 It took me a few goes to go vegan all the way (and to stick to it). So I’ve done the thing where you go out and buy all the foods one buys when one’s going vegan more than once.

I think we’re a bit scared we’re going to die.

Because honestly, whose mum has approved of them going vegan?

Probably less than 10% of vegans.

And our mum’s main job is to keep us alive (I assume). And she doesn’t think this is healthy.

SO WE MUST PROVE HER AND EVERYONE ELSE WRONG BY LIVING FOREVER.

And these foods are the ones that will make that happen.

Or so we thought.

You may love these foods and use them all the time. I’m not throwing shade. I can’t throw.

Plenty of people I know LOVE tofu. Online people anyway. No one IRL.

I like the taste of tofu that’s been cooked by someone that knows what they’re doing, and that ain’t me.

But it isn’t just tofu that vegans are ‘meant’ to eat. You want to live on Gregg’s vegan sausage rolls and apples? Be my guest. Live the dream.

(I update my posts all the time, which is why I discuss eating my first Gregg’s sausage roll in the comments below. I’m not deleting that bit. It was an important part of my history).

I’ve compiled a list of vegan foods I always buy but don’t really like/can’t cook/that you don’t need by any means.

If you like ’em, lucky you, but don’t come for me in the comments. It wouldn’t do if we were all the same.

I’ve finally chucked mine out after many moons.

This will live in the fridge until Pick Up Limes tells you it has calcium in it. At this point it will go in every smoothie and salad dressing for a fortnight until it’s relegated to the back of the fridge because it gives everything a weird tahini-y taste. It will end its days there, leaving behind a legacy of oily rings.

I use these to make jam, and my boyfriend hates them. Not because he doesn’t like the taste (I don’t think he’s ever tried them), but because after every time I wash up my porridge bowl and pan, they try to colonise the washing up sponge, and they are hell to shift.

Seeds, in general, are something I regularly stock up on, just to watch disappear sadly to the back of the cupboard.

Buy shelled hemp seeds if you’re putting them in smoothies, if you have any attachment to your teeth.

If you don’t like it, don’t buy it. You cannot disguise the taste. It makes smoothies taste like stagnant puddle water.

I just keep it until it goes off, and then I buy more.

Because I’m vegan and it’s something that we do.

I bought it initially because it tastes like cheese and I LOVE cheese.

But I specifically love cheese sandwiches and whilst it tastes like cheese, it doesn’t share any of its other qualities and is not by any stretch of the imagination a sandwich filling.

I’m sure one day I’ll get on board with it. I shall start sprinkling it on things. That’s apparently the way forward. I’ll just try to ignore how much it looks like fish food.

We buy the microwaveable packets because we eat so little rice (once a month if that) that if we buy the dried stuff it goes off before we can eat it.

Tofu (just try it this way, I promise it’s fine)

I put the silken stuff in smoothies (so creamy, like a milkshake).

I’ve not bothered to learn to cook the proper stuff. Don’t tell the vegan police. It’s delicious when other people make it for me though.

It’s just all that pressing and marinading. It’s not my thing. And my boyfriend doesn’t like it (not that he’s tried it, but he has the tastes buds of a child and won’t entertain it), so I can’t be arsed to only make one portion.

This stuff is magical.

You will hoard these like Gollum. You’ll stack them neatly in the cupboards and buy more every shop because looking in your cupboards and seeing all those beans will make you feel like the best vegan ever. Also it means you’re only ever a few minutes and a tin of tomatoes away from a delicious dinner.

This is all you will see in vegan recipes UNTIL YOU BUY SOME and then you’ll never need to use it again. Weird but true.

Superior to peanut butter in everything but taste and price – the two things that matter the most to me.

Still, I buy it because you can’t cook anything from the Deliciously Ella cookbook without it.

These are new to me because for ages I thought they were just a fancy version of normal dates.

How wrong I was.

Sure, they’re £4.50 for a box, but they’re absolutely delicious. I stuff mine with almond butter and have them for my supper. They’re sweet and delicious and because Dave doesn’t like them, THEY’RE ALL MINE.

Have I missed any so-called cliched vegan foods akin to tofu?

There you go, newbie vegans – a list of things everyone goes and buys when they go vegan. You don’t really need any of it (here’s what you do need) but you’ll go and buy it anyway.

If you disagree with any of this, please let me know how best to enjoy these foods.

Especially coconut water because I’ve tried it many times and it’s like drinking someone else’s cold saliva.

And I want to like it because according to the internet it’ll make me live forever, which is absolutely my goal in life.

OMG I GOT A GREGG’S SAUSAGE ROLL!!

(yes, this is in conflict with my previous assertion that I wanted to live forever)

It was delicious. Like a big Linda McCartney sausage roll that someone else has cooked for you.

I had two for my breakfast before dog walking (an incredible pug-terrier cross that miraculously didn’t bark).

I’m a little bit excited/worried that Thomas the Bakers follows suit because there’s one on my walk to work and I can see myself getting fat. I’m aiming to lose 7 pounds this year, and so far I’ve gained five.

See? You can be vegan without having to like tofu/chia seeds/whatever

Ok, I can imagine that if you were super picky it could be difficult for you to be vegan BUT bear in mind that there are so many great vegan meat/dairy alternatives (there’s only one good cheese that I’ve tried but that’s better than none) and they’re improving all the time.

And sure, they may seem a bit pricey now, but there’s a big-ass fake meat factory being built in Europe atm which means that there’s a likelihood that prices will drop soon. UU UU UU.

(although Sainsbury’s do decent faux nuggets for £1.50, so unaffordability isn’t an excuse.

Check out this post for the best vegan butter – I also discuss the vegan mayonnaises worth getting (Hellmann’s btw, but I need to update the post to give an honourable mention to Aldi’s garlic mayo. Tis lush.

You can easily live on that list of foods above. I know I do.

The next post is all about the ethics of zoos – click through here for a little look. (you know, in case you can’t be bothered to click that little arrow below). 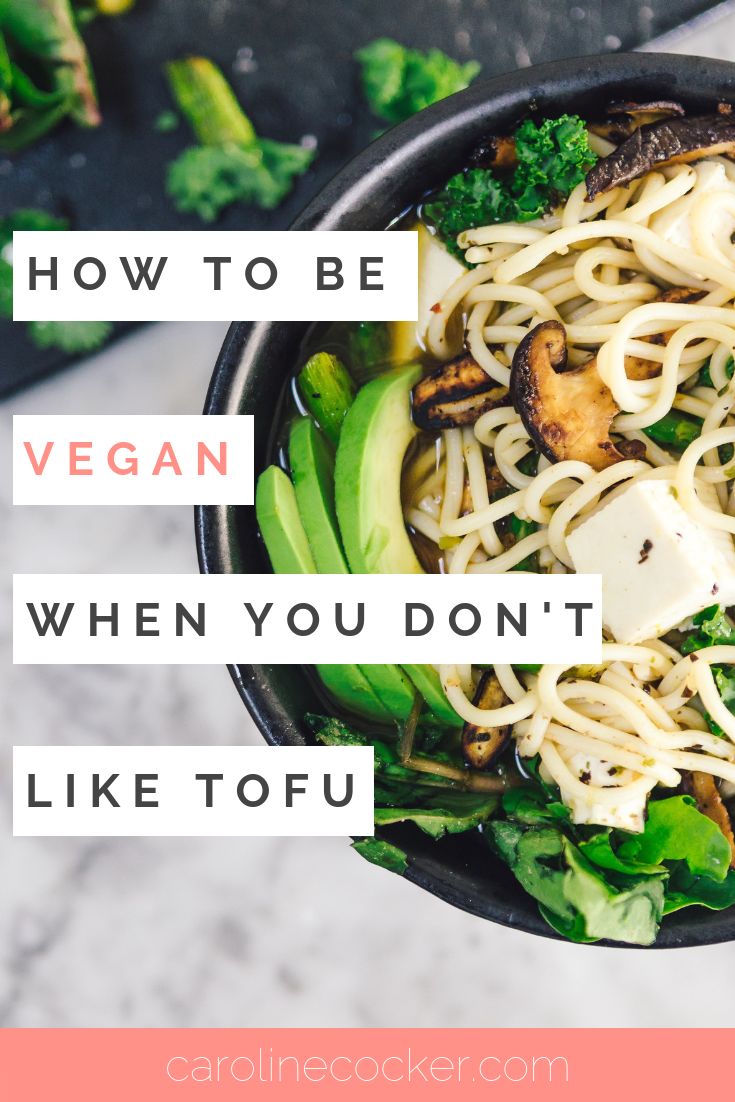 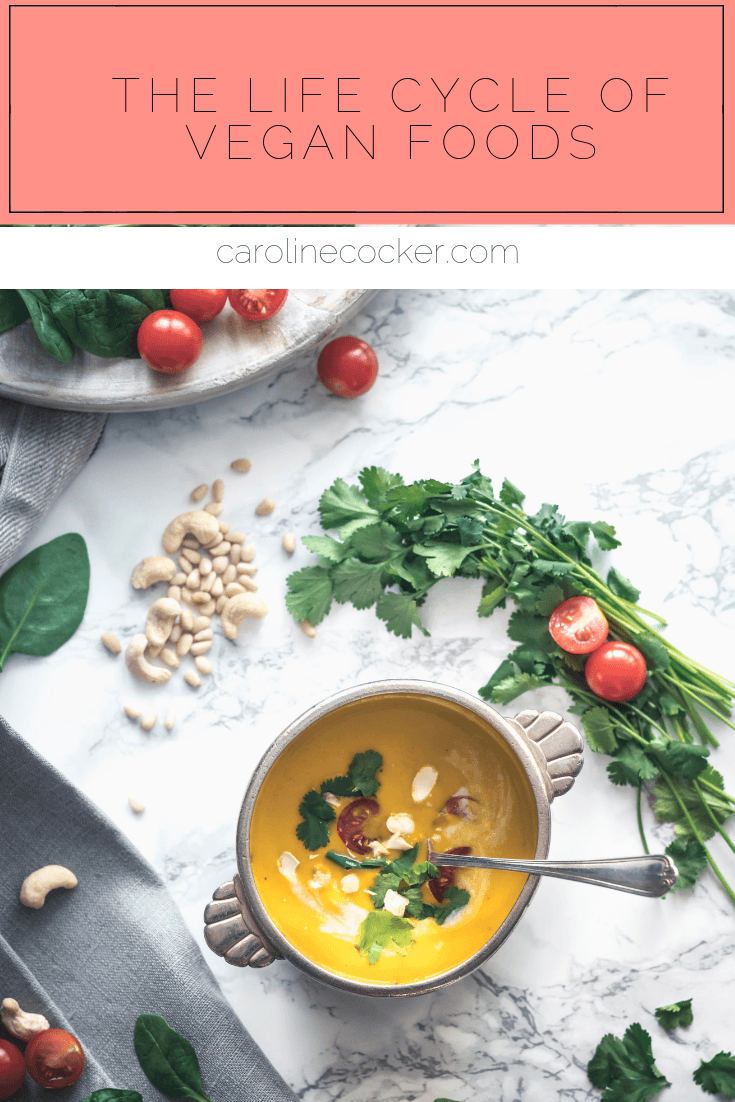 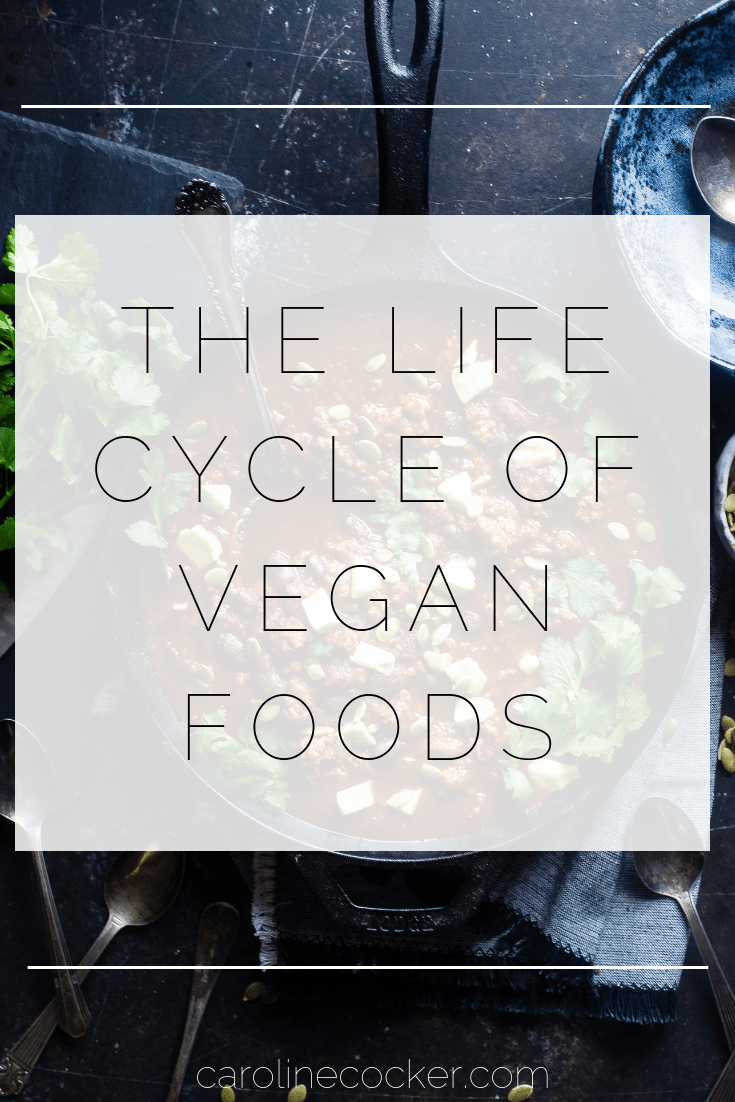 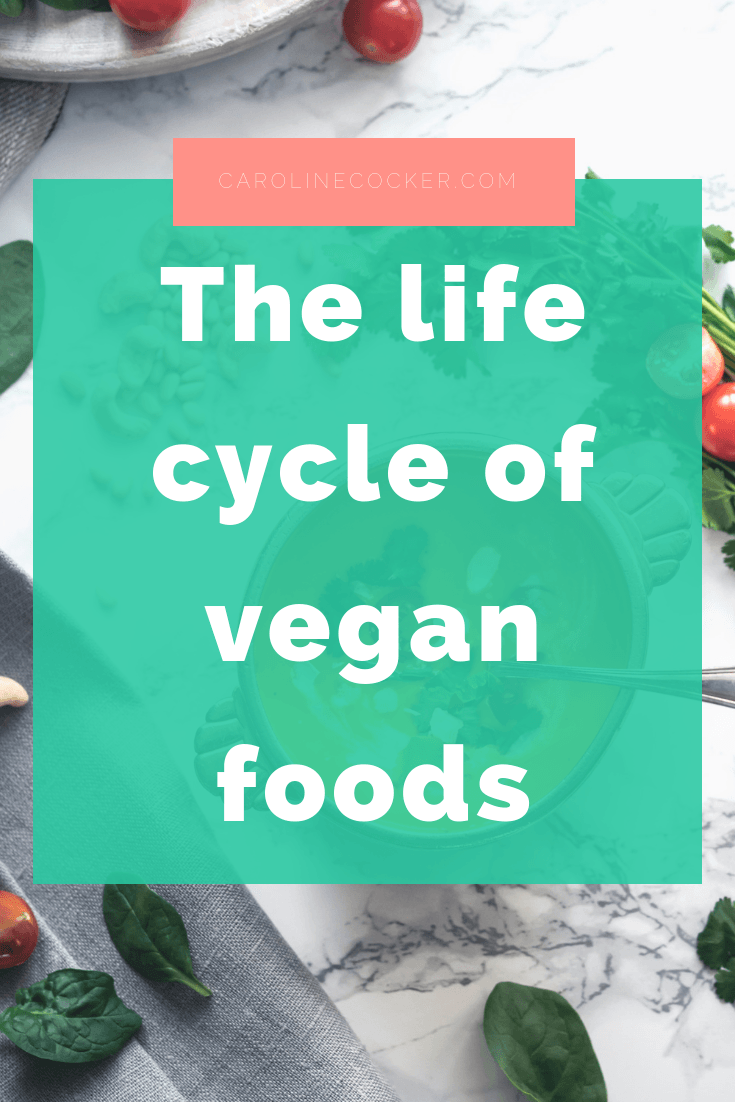 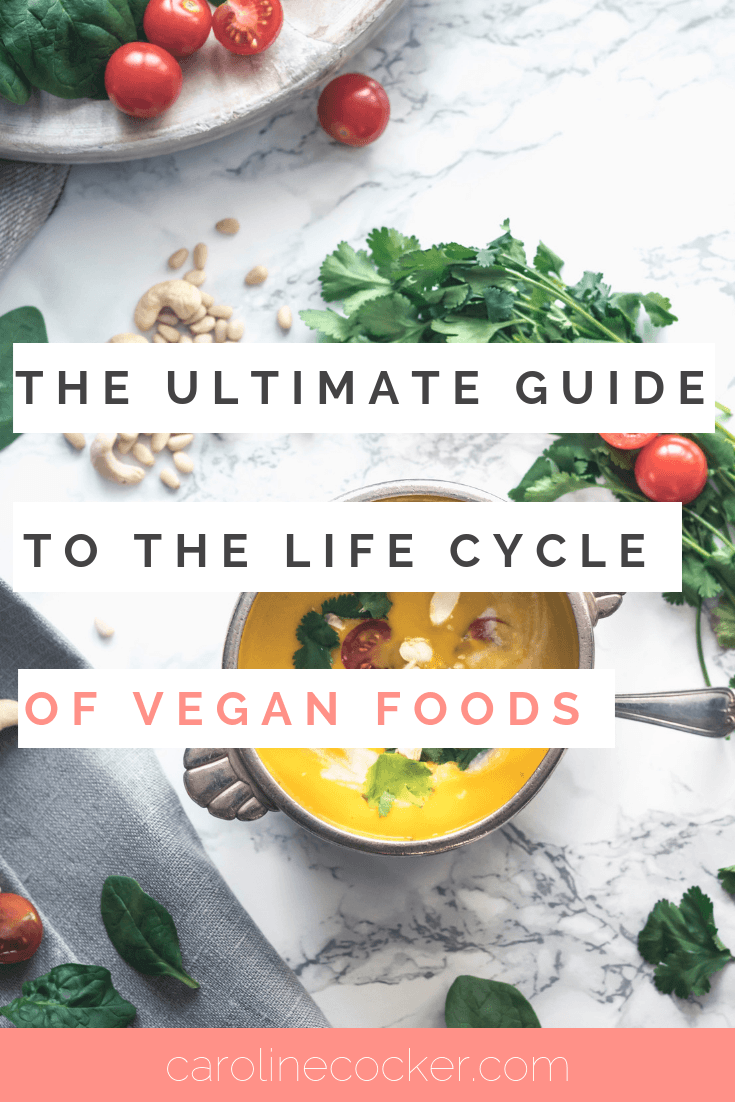 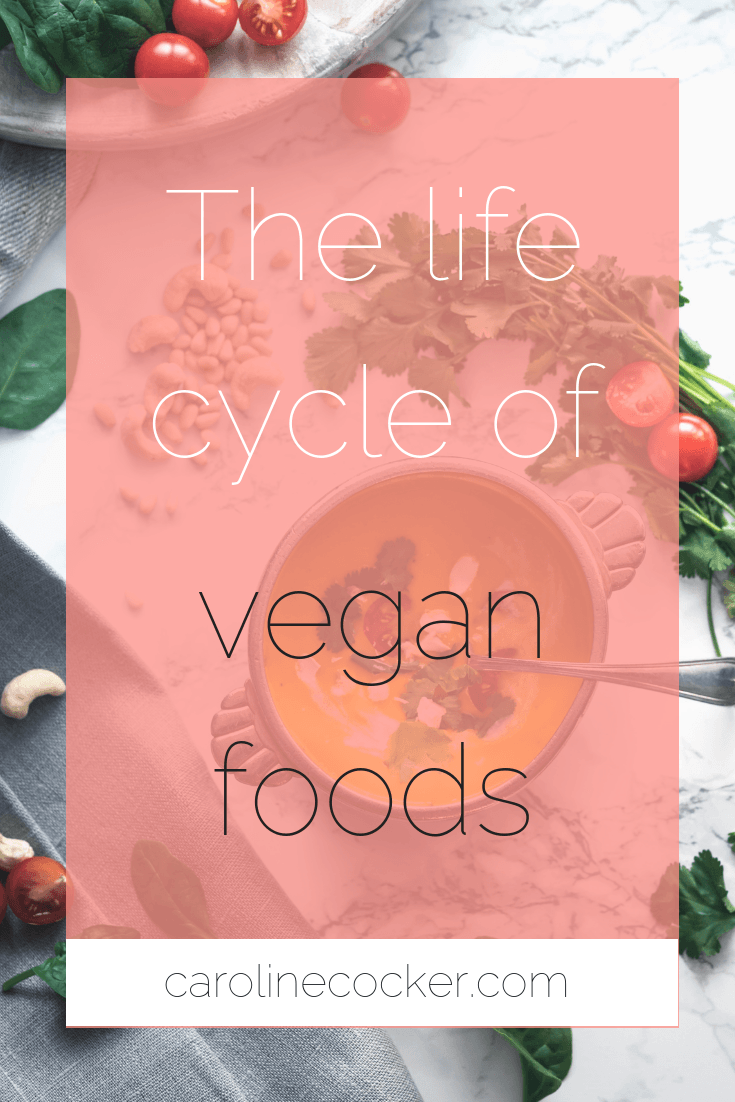