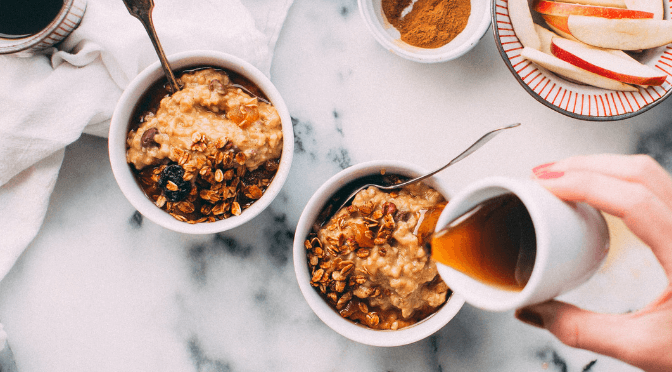 Bloody meat eaters filling their products with grim ingredients that they scraped off the slaughterhouse floor. Urrr.

Seriously, you’ll become a label reading NINJA. Here in the UK (I’m not sure about anywhere else), all the big allergens are highlighted on food labels, so things like egg and milk are always in bold.

The ones you have to watch out for are honey (which I think should be listed as an allergen, because young children aren’t supposed to have it, and it would make my life easier;)) and er, meat.

You’d think I’d be used to checking labels for meat, but I’ve been veggie for so long that I kind of forget that it’s added to stuff. I once got so excited because Tesco had brought out a dairy and egg free creamy pasta sauce.

I put it STRAIGHT in my basket.

Just to be sure, I did a quick scan of the label and there it was. BACON. I’d never considered that there would be actual PIG in the sauce.

The last post I did was a 2000+ word MONSTER, so I’m not anticipating this one to be quite so in depth.

Also, it doesn’t need to be. It could just be a list of words entitled DON’T EAT PRODUCTS WITH THIS IN IT, actually, but you know me, I like a chat.

Btw there are LOADS of hidden animal products.

I’m not trying to scare you off, I just don’t want you to panic if you accidentally eat something non-vegan. You’ll quickly become a pro at deciphering labels.

Carmine is sometimes called E120 or Natural Red 4, this is a red food colouring made from ground up beetles. Commonly found in cosmetics, medication, and sweets. Due to an increased amount of allergic reactions, a synthetic version is usually put in medication in the UK.

Albumen is egg white. Not to be confused with albumin. Though don’t eat that either, because it’s made of cows.

Also sodium caseinate, casein sodium. A common stabiliser made of mammalian milk. It’s used a lot because it’s a useful product which has the nutritional profile of milk – therefore increasing the protein and calcium in the finished product’s label.

Contains shellac, which is a substance secreted by lac bugs. Urrr. Humans have strayed so far from the light. I will never get over the fact that silk, one of our most luxurious fabrics, is made by boiling innocent little silkworms alive.

Usually made from feathers or hog hair, but apparently, the industry is plagued with rumours that human hair is used. Who doesn’t love a god urban legend?

This is banned in the EU but post-Brexit, who knows?

Used in HRT drugs. Estrogen is extracted from pregnant mares, that are kept in awful conditions and have crappy lives. Read about it here.

In a nutshell, Gelatine is ground up bones that are put into sweets and jelly. It’s also used as a clearing agent in wine (along with egg white and sometimes milk). I like to buy wine from the Coop because they clearly label all their vegan wines.

A substance collected from the swimbladder of a fish, usually surgeon. A common ingredient in beer and wine, used as a clearing agent.

A fermented milk drink. Stick to kombucha. I keep meaning to try it (kombucha, not kefir) because it’s apparently v good for you, but it’s early days for it in the UK and is therefore quite pricey. If it’s more expensive than wine, I’d rather have wine.

Basically, it’s fat. Soya lecithin is fine, but it could also be from fish eggs, and chicken and sheep brains.

Lecithin is also found in human brains, but one assumes they wouldn’t use that to bulk up a chocolate bar.

Still, after the rumours surrounding cysteine, who knows?

Found in the stomach and tongue glands of baby animals. No ta.

I mean, this could mean anything! Sheep, for example, are very natural. Cows too. And eggs.

Bees make it and use it to plug hole on their beehives. Like cement. Don’t eat bee cement. Help the bees, don’t nick their stuff.

This is used to make milk into cheese. It’s often synthetic, but can be from the stomach lining of calves.

Like natural flavourings, this could be anything. For example, the vitamin D used to fortify cereals is often derived from sheep’s wool. The more you know.

Whey is a byproduct of cheese making – the liquid that remains after the curds have been separated and sent off to become cheese.

So there we have it – a few of the many non-vegan products that can be found in our food.

There are more, but these are the main ones to watch out for.

If you’re really scared of accidentally imbibing one of these bad boys, then you’re just going to have to bite the bullet and start cooking all your meals from scratch. Become a whole food, plant-based vegan and live forever.

Or just, you know, don’t eat any overly-processed products with weird-ass ingredients. This is a message to myself as much as it is to you. 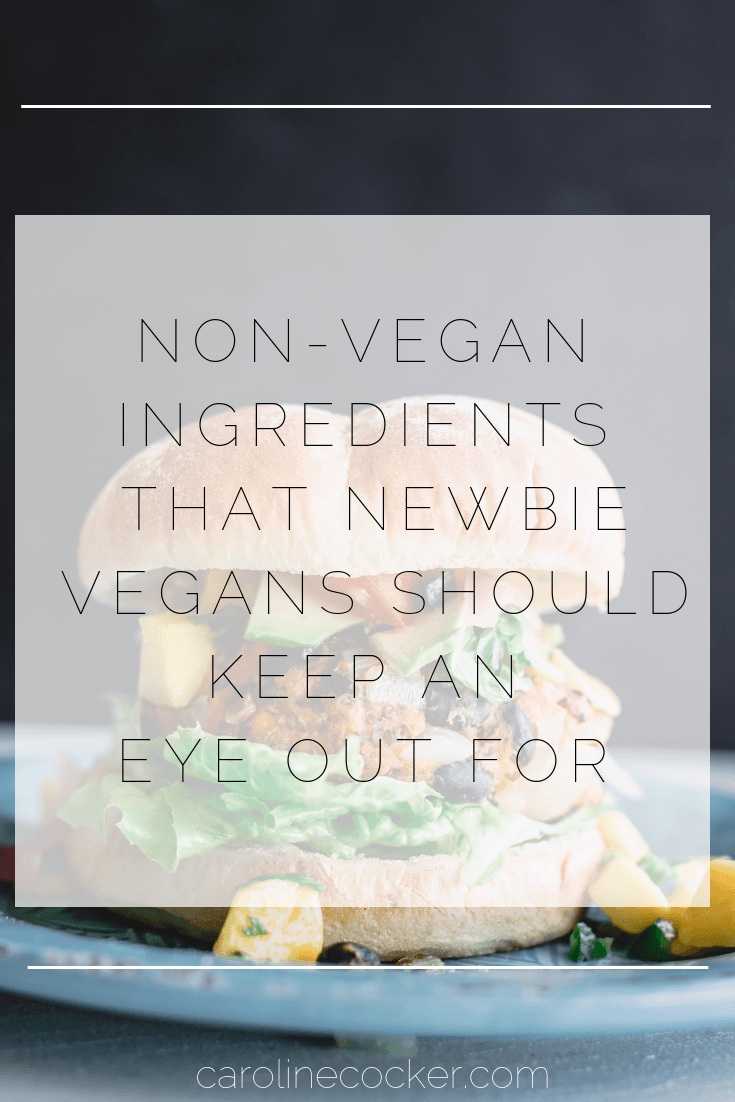 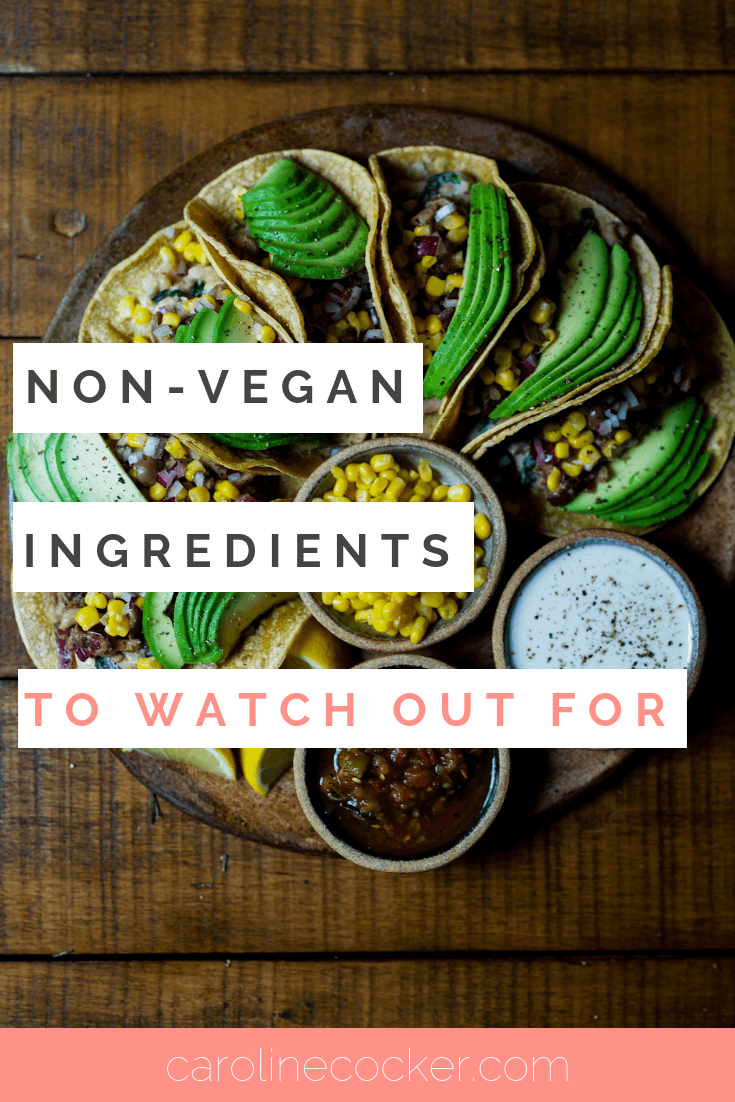 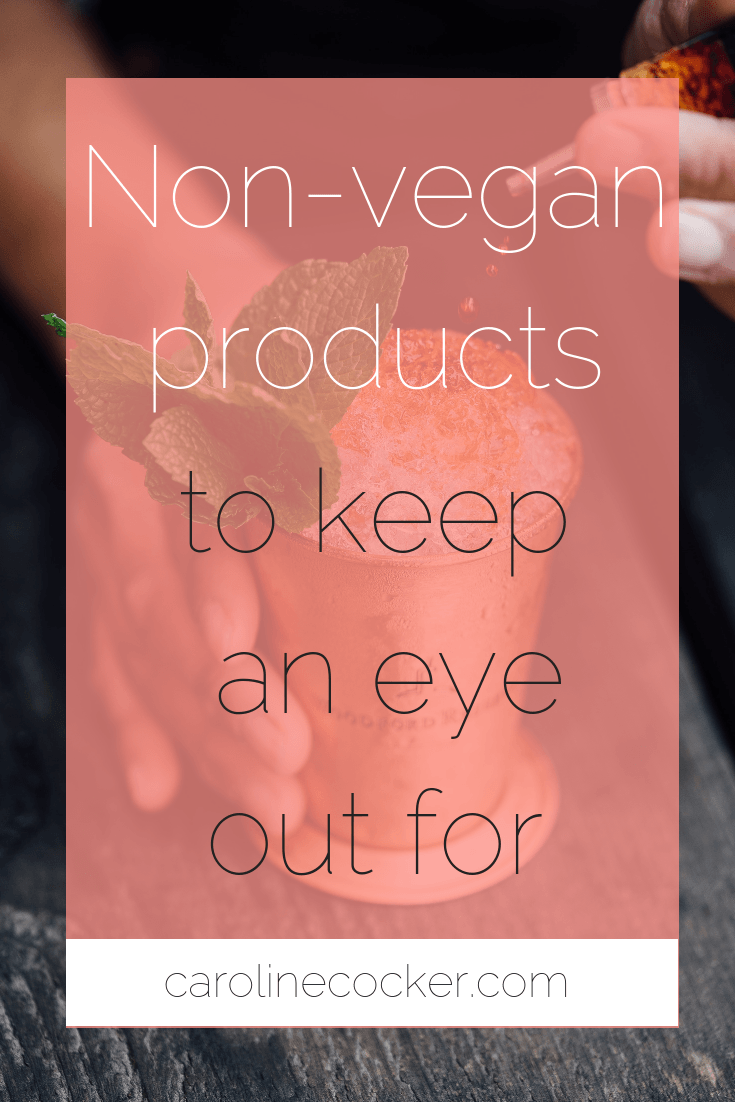