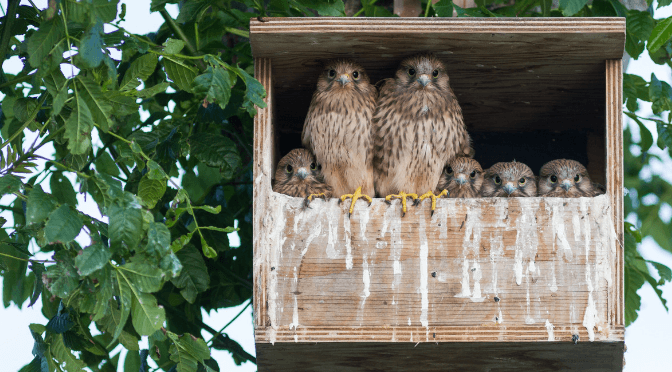 This is the story of how I went vegan.

Tl;dr. It took ages. Like, nearly twenty years. BUT I MADE IT.

Btw, for most of the time I was vegetarian I didn’t want to be vegan because I didn’t have the information. Don’t make my mistakes.

If only this vegan story was something like ‘I WATCHED EARTHLINGS AND COULD NO LONGER CONTRIBUTE TO ANIMAL CRUELTY AND NEVER DID AGAIN, but it isn’t.

For a start, I don’t think I could ever watch Earthlings.

I can’t even watch Okja and it’s animated. It’s hard enough trouble watching Spirit: Stallion of the Cimarron, but I do power through with that one because it’s INCREDIBLE.

In that I was brought up to think that vegetarians were weird and vegans were insane. And would probs die young.

However, we didn’t eat a lot of meat. At all.

Sometimes we ate a small amount of minced beef, occasionally roast chicken and some bacon, but I’ve never had steak. My parents aren’t averse to a lentil.

Mum was also super conscious of the crap put in meat, so we never had hot dogs, chicken nuggets or pate that wasn’t homemade.

We also only had bacon occasionally, because we didn’t have a lot of money and my parents would only have the more expensive dry-cured stuff.

This all stemmed from a health perspective over any views on the animals HOWEVER my parents were, to a degree, conscious about their meat. More than a lot of people, less than some.

For example, my parents try to only eat British meat, won’t buy battery eggs and won’t buy Merino wool. They’ve always kept hens in their massive garden, although currently they only have one left who is a good layer but is frankly terrifying.

We think she killed the other hens.

Dad grew up on a pig farm so knows what goes on. He’s of the view that animals serve a purpose. He was also a gamekeeper, so there’s that. I think he’d happily go veggie (and probably vegan, though he says not) because he loves beans and lentils.

Mum doesn’t think about the animals much (she would NOT happily go veggie but is against zoos. Hmm. If I accidentally go to put oat milk in her coffee she covers her cup with her hand as though I’m about to pour arsenic in it.

Mum always said we could go veggie as long as we prepared our own meals – I was more worried about telling the owner of the cafe I worked at because she always made me a Sunday dinner and I didn’t want to seem ungrateful.

Actually, she’d just do me a fried egg, vegetables and use veg soup as gravy, which sounds weird as hell but was delicious!

And she still cooked my tea.

I ate a lot of those Bird’s Eye boil in the bag fish fillets.

Strangely, at this stage I had no issue eating Haribo or cheese with rennet in it.

The super secret reason behind stopping eating meat was because I wanted to lose weight.

What propelled me to keep going was that everyone thought it was a phase.

Again, I can’t remember how old I was, but I remember the exact moment I stopped eating fish (which btw I found a lot harder than giving up meat).

I was watching a Hugh Fearnley-Whittingstall programme where he was investigating bycatch. One of the victims was the most beautiful little white-with-blue-spots shark and it made me cry.

Sharks are terrifying to me, so the fact that it upset me so much that this one had died propelled me to give up fish.

DISCLAIMER: my views on sharks have changed a lot.

I’m still scared of them (you’re weird if you’re not) but I want them to thrive and live their best life. Why? Because they’re very respectful of my fear and kindly stay in the sea*, so I play my part by staying out of the sea.

The next stage of my vegan journey was a loooong one. I was happily veggie and even (horror horror, don’t judge) went to the hunt meet every Boxing Day.

Yes, guys, don’t eat chicken, but please chase a terrified fox through the fields for an hour or two and then rip it limb from limb.

The thing is, Rural Life has been ingrained in me since I was a kid.

This is just the Way We Do Things.

I can distinctly remember my dad saying that banning fox hunting was the thin end of the wedge, and next they’d be banning shooting and fishing.

Today I would say that it’ll end when there isn’t a victim, but I didn’t have the knowledge then.

Oh, and did I mention that my little brother’s a gamekeeper? You know, just in case anyone was wondering why I choose to spend Christmas dinner at home, just the two of us.

I love my family, but there’s only so much I can take (I hate confrontation and arguing – it literally makes me cry, which is a rather hollow way to win).

The weekend before Christmas my boyfriend and I were sent by Blue Cross to watch a live show called Help the Animals at Christmas (it was good, but Christ, the cognitive dissonance is strong – literally no mention of livestock AT ALL).

Anyway, on it, there was an RSPCA officer telling about how he’d had a call about a walrus that had gotten a bit lost. I told my family about it BECAUSE IT’S INTERESTING and they began discussing how much money one can get from a walrus skull.

For a time I had a beauty blog (didn’t we all?) and somehow (can’t remember) I stumbled across the notion of cruelty-free beauty. Probably found it on a blog.

And then when I found out it was mostly bunnies they tested on I was OUT.

No more Maybelline and L’oreal for ME.

The pursuit of cruelty-free beauty and skincare that led me to discover how non-extreme veganism is.

It saddened me too though because I don’t know anyone that believes we should test cosmetics on animals, but very few who do anything about it.

Around this time I started toying with veganism. The things that stood in my way were, in hindsight, pathetic.

I missed butter and cheese.

Plus I worried that I’d be a huge inconvenience to others.

Do I feel energised and full of life, with radiant skin and hair like a pony’s tail?

No, I feel pretty much the same, apart from the first two weeks when I ate waaaay too many chickpeas and had permanent indigestion and the belly of a pregnant woman.

Sometimes I still feel like an inconvenience, but I deal with it. When the world ends because there are too many cow farts it’ll be massively fucking inconvenient for everyone.

Do you know who’s really being inconvenienced here?

And yet vegans are the extreme ones. Eye roll emoji.

TL;DR I wasn’t vegan. I am now. Everyone cheers.

*Bull sharks are the exception that proves the rule and can fuck off. 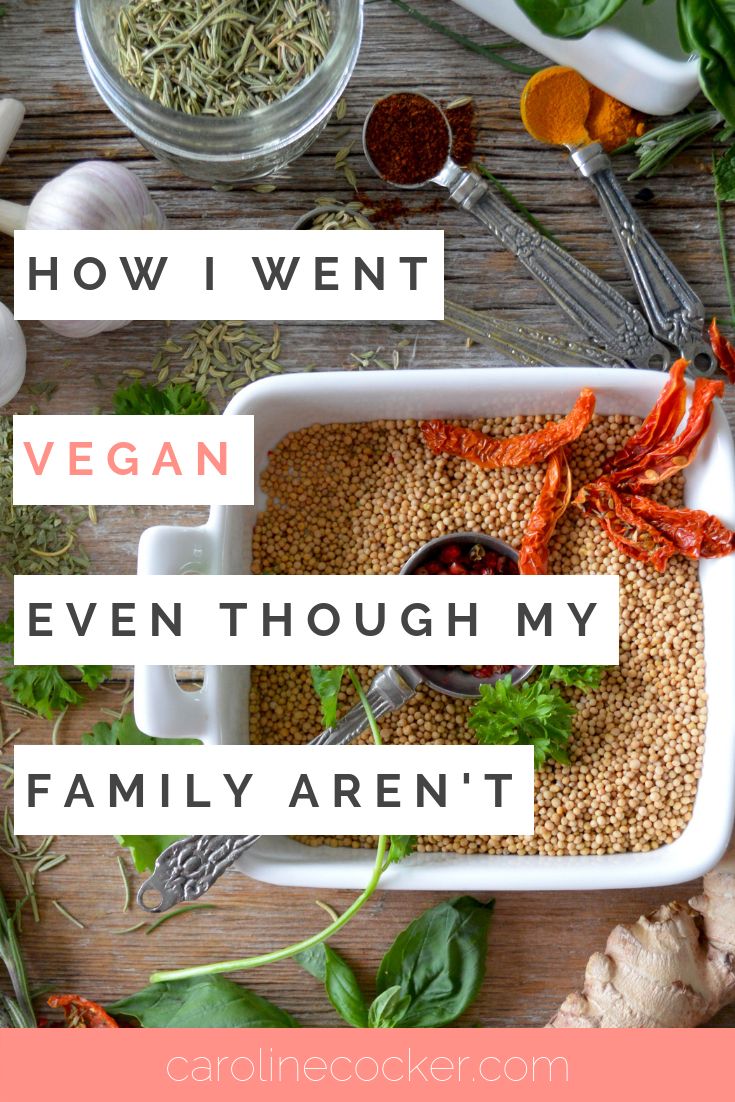 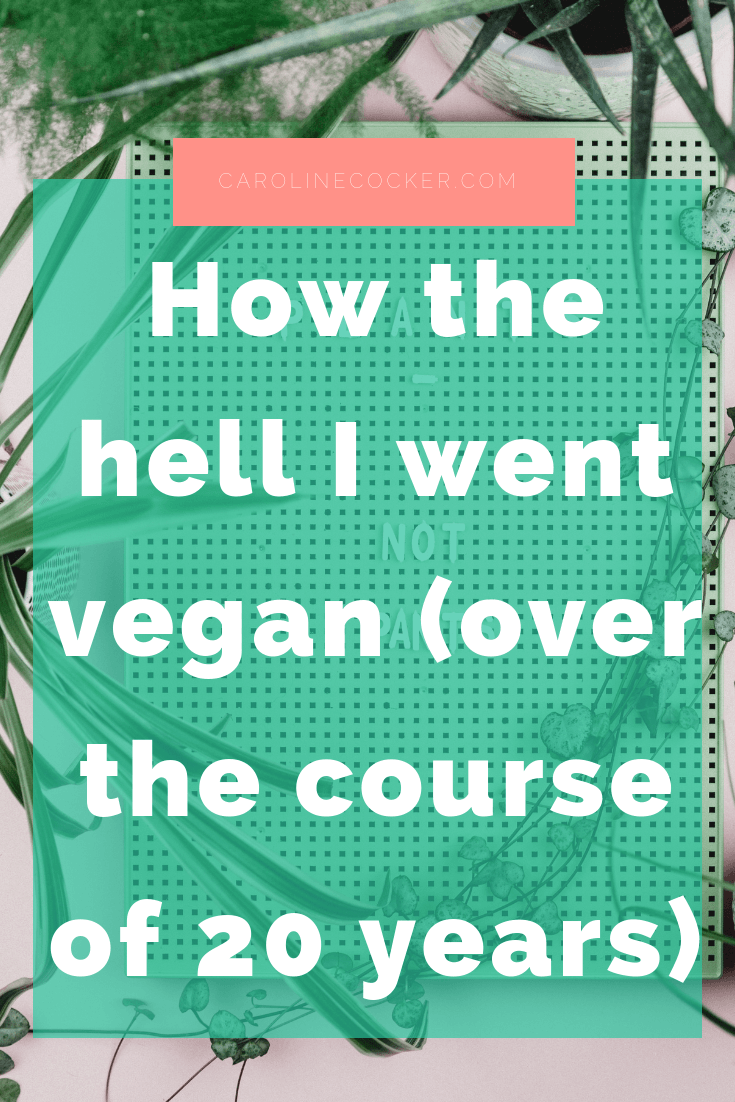 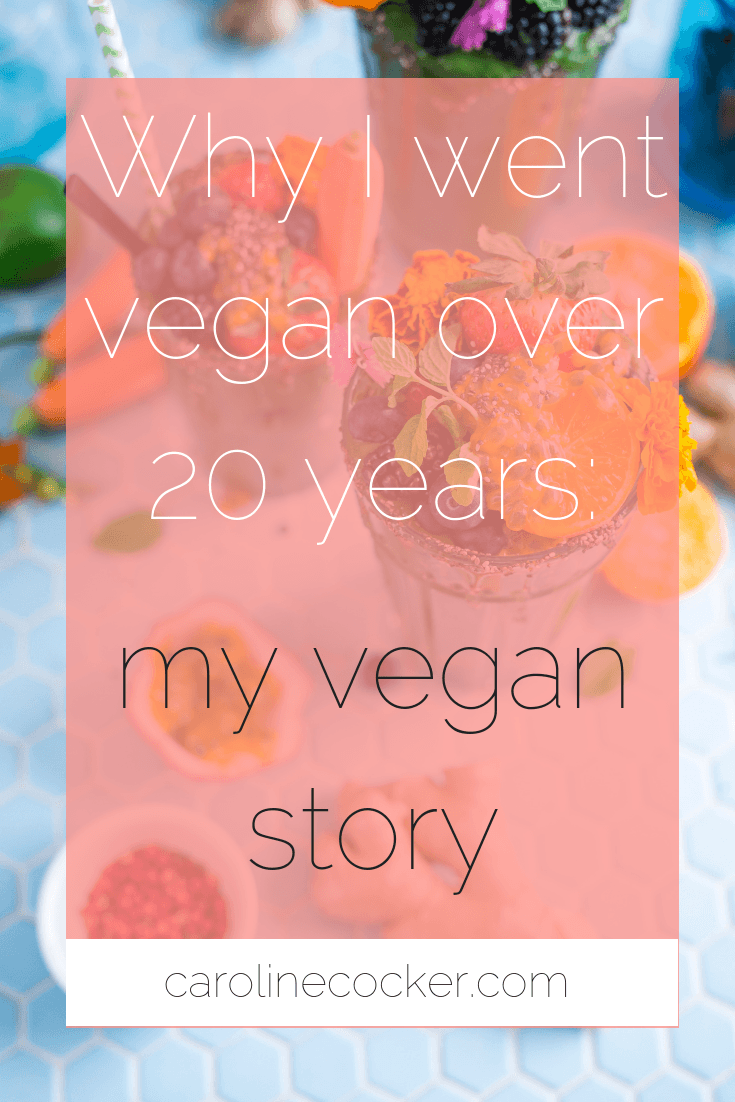 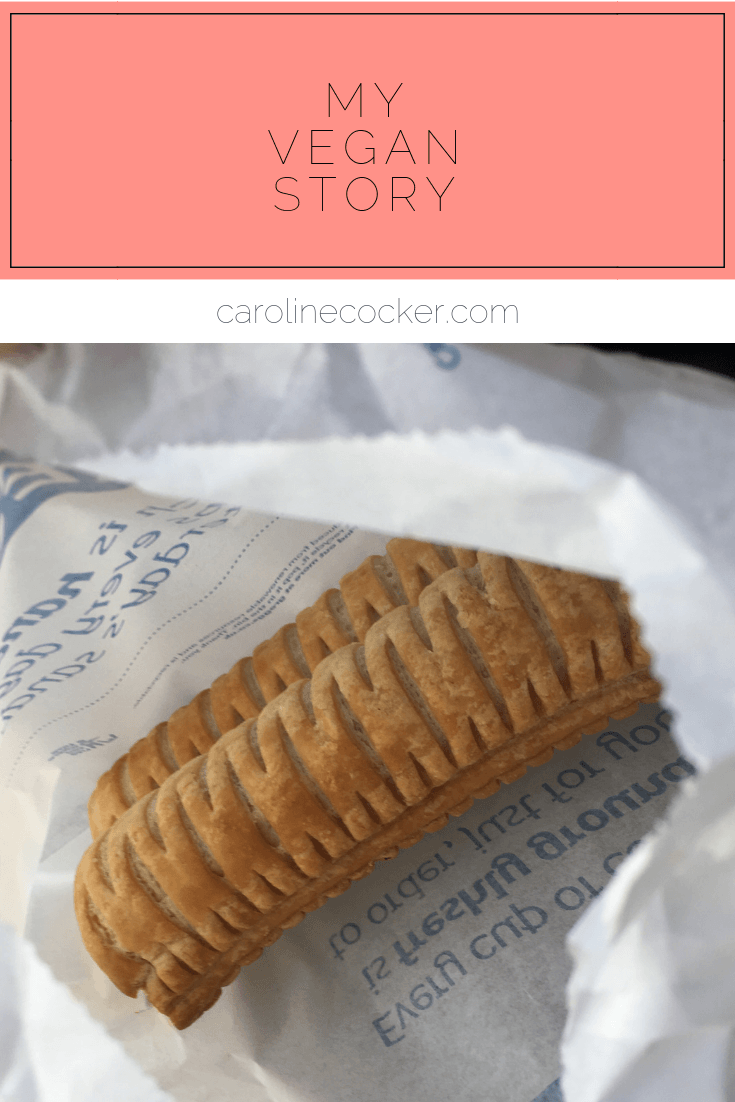 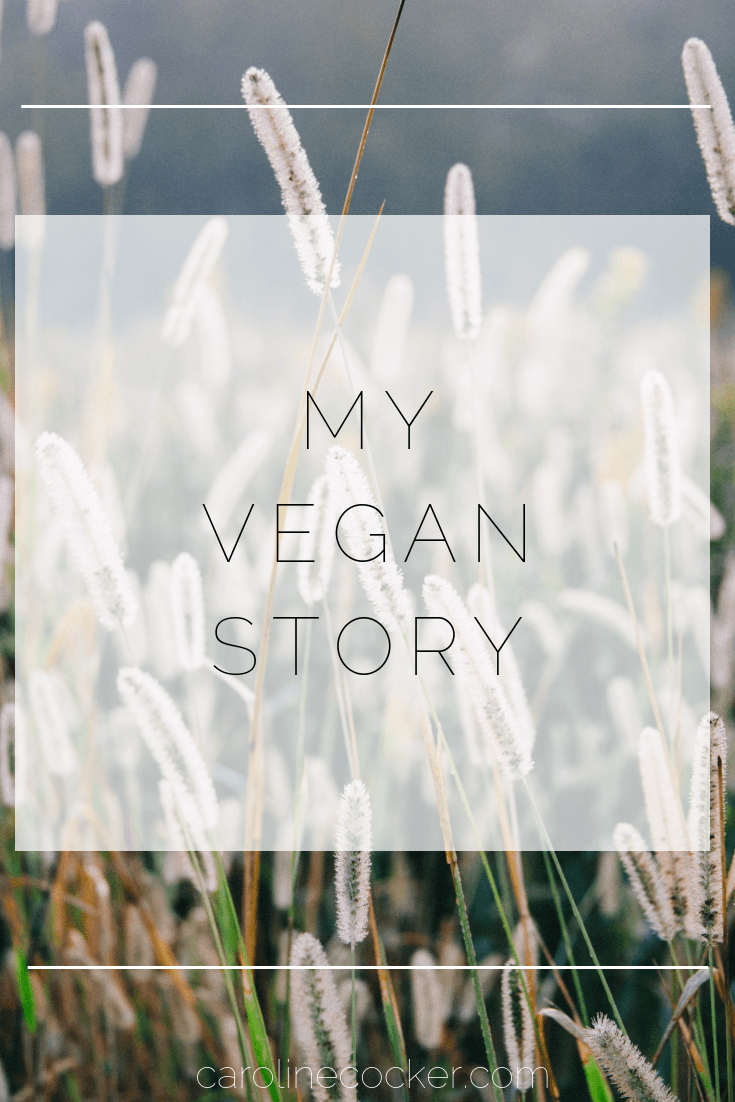 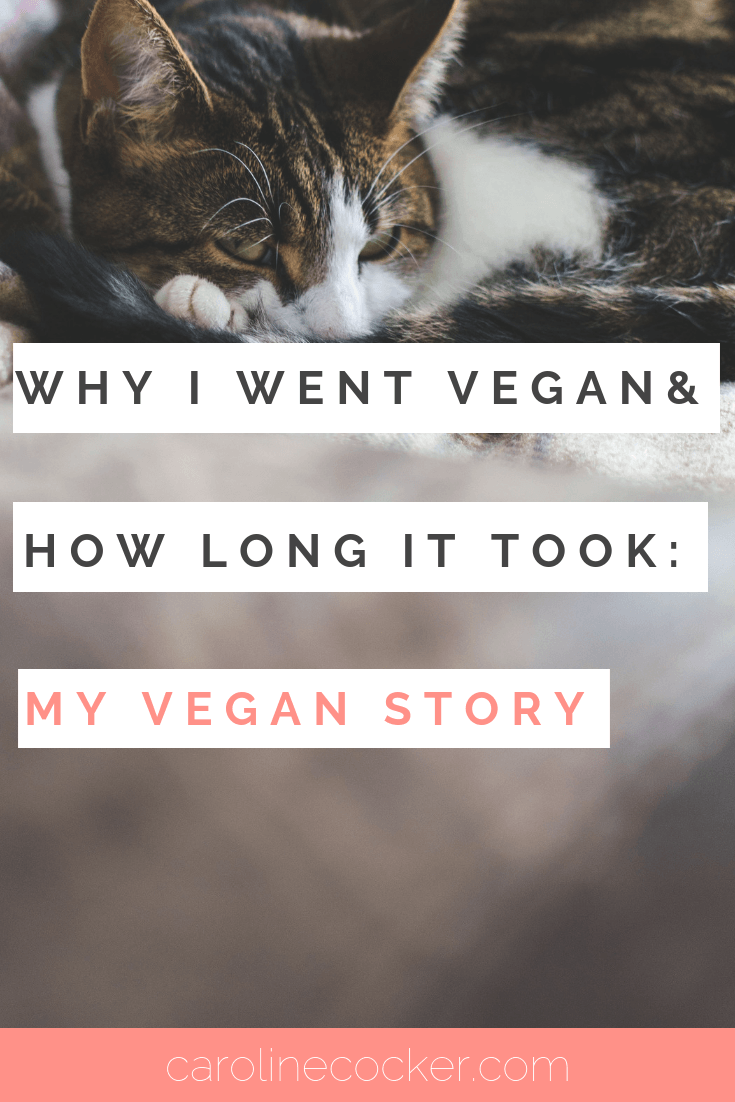