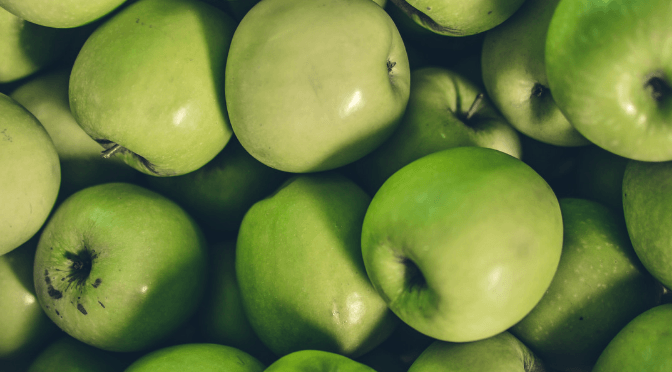 Before reading please remember that: 1. I’m not a dietician and 2. your body is fine the way it is – health and weight are less aligned than the media would have you believe.

Ah, a question as old as time: is it easy to lose weight on a vegan diet?

The answer to this oft-asked query is yes.

But also definitely no.

Will you automatically lose weight on a vegan diet?

Can you easily lose weight by eating a vegan diet that isn’t depriving you in terms of flavour and quantity?

Losing weight isn’t easy for a lot of people. It just isn’t. Our bodies don’t want us to do it.

Yes, you can lose weight on a vegan diet

Ever heard of a whole food plant based diet?

It’s a really good way to lose weight in a controlled, sustainable manner, because you don’t have to worry about counting calories or anything.

As long as you’re not going overboard and eating twenty bananas and potatoes a day washed down with a gallon of peanut butter, you’ll be fine.

Broadly speaking, you eat as unprocessed a diet as is sustainable for you. If I were to embark on a WFPB diet, I’d increase the amount of fruits, vegetables, nuts, seeds, and grains, and decrease more processed foods.

Personally, I think it’s unnecessary to cut out processed food – I prefer the method of adding in healthy foods, so that less heathy options are naturally pushed out.

For example, if you have a sandwich and a packet of crisps for lunch, take some cucumber and celery sticks with hummus instead of the crisps.

Save the crisps for your afternoon snack.

Maybe switch to lentil crisps or a packet of peanuts.

You can eat abundantly on a whole food plant-based diet, which sounds counter-intuitive to a lot of people, but hear me out.

Plant-based food tends to be lower in calories but bigger in volume than animal products.

Imagine how much broccoli you’d need to eat versus the equivalent calories of meat.

A lot of people advocate eating raw foods to lose weight, and I agree to some extent.

Raw foods are harder to eat than cooked ones (imagine eating ten raw carrots – it’d take forever compared to eating cooked ones) and are more voluminous so fill you up.

They are easier to digest often though so won’t keep you as full for as long.

I would never advocate a fully raw diet though.

For snacks though, and maybe a handful of meals a week, eating raw foods can be a great way to lose weight.

A whole-food, plant based diet is an incredible weight-loss tool, because:

It’s cheap to lose weight on a vegan diet

I’m not saying there aren’t expensive options (there are – cashews, anyone?), but you can absolutely follow a whole-food, plant-based diet on a budget.

So, what do you eat?

Unprocessed plants foods as far as you can.

I don’t think it’s worth going totally oil-free (I burnt too many pans), though many people disagree.

In fact, cutting out treats at all just…sucks. Food should be a pleasure.

Don’t cut out bread if you don’t want to- maybe get something from the bakery rather than the usual white-sliced though.

It’s simple to lose weight on a vegan diet

Not easy, but simple.

There’s no calorie counting, you can generally have large portions because plant-based whole foods tend to be lower in calories than processed foods, and you don’t have to fill in a food diary, or go to a meeting or whatever.

That’s not to say it’s easy.

I’m currently battling a small addiction to Quorn ham, which is making me eat more bread at inopportune times (11pm) than I’d like.

I think I’m getting a handle on it though.

WFPB is lifestyle, not a diet

WFPB is great because it’s not a fad diet.

You won’t be restricting yourself – but hopefully, you’ll end up with a more intuitive approach to food.

Whole foods can be eaten in abundance – all of them. Potatoes, bananas, rice, whatever.

Be aware of how eating whole foods make you feel.

Green smoothies, for example, are great for energising you in the morning. If you don’t think a green smoothie will fill you up, have some peanut butter and toast as well! Or some oatmeal, or weetabix.

Fancy a vegan magnum ice cream one night? Go for it, but continue with your non-processed foods after.

No, it’s super hard to lose weight on a vegan diet

I’m sure it used to be easy.

To lose weight by going vegan I mean. Being a vegan even five years ago was worlds apart from what it’s like now. Vegans then practically had to be healthy, since vegan junk food wasn’t really a thing.

Back in the days before Coop Jam doughnuts, Tesco Free From Rocky Road and all the other delicious things.

Up until a month or so, that fresh crusty bread would have been slathered with hummus or peanut butter or similar – basically something with a decent nutritional profile.

I’m sure the vegan butter has some good fats in, but so does hummus and peanut butter, but they also have a lot of different vitamins and minerals that a block of what is essentially pure oil can’t provide.

Now, I’m NOT NOT NOT complaining, but as vegan alternatives become better and better, Caroline gets less and less healthy.

I love bread and hummus, but I love bread and butter more. And I feel like I should keep buying it because what if there’s not enough demand and they stop making it?? I want to support vegan entrepreneurs!!

At some point, I’m going to have to do the whole food plant-based shebang, but I need to build my willpower first.

Hmmm, it would be a good idea for a post, though wouldn’t it? Something like, ‘a month as a WFPB vegan).

A few tips on losing weight on a vegan diet

Stop eating sandwiches at midnight. Carbs are great, but avoid in large quantities after 7. Ok, 8.

Make sure your meals are calorie and nutrient dense so that they fill you up.

Here’s a post on increasing the nutrients in your diet.

Especially if you’re eating it straight from the jar. If you just can’t, switch to almond butter. It’s waaaay more expensive, so hopefully the hit to your bank account will make you more careful.

Freeze your bananas for smoothies

They make them really creamy. Silken tofu does the same, and adds a good whap of protein.

If you’re a TV snacker, switch to popcorn – it’s a whole grain.

Coat with salt, pepper, and nutritional yeast – gotta get those B12s. Grapes are also good – take them off the stalk and put them in a bowl so that they feel more like a proper snack. Sorry for being that wanker that thinks fruit is a decent snack.

Soups and smoothies are your friend

Hot or cold liquids take longer to consume, and therefore you’re more likely to be full than if you just wolf down a sandwich.

Just a bog standard tin of three bean salad. I use a third of a tin per portion. Beans are rich in…protein, vitamins, and all good things. They’re also low in calories. If you’re just starting out as a vegan don’t eat too many though, or you’ll end up rather bloated. Introduce beans slowly.

Make sure your snacks are filling

Being vegan makes it any easier or harder to lose weight. Actually, as veganism becomes more mainstream, it becomes easier to be unhealthy. Greggs sausage roll anyone?

Veganism is often considered to be a health movement, but it isn’t – veganism is about the animals.

Losing weight is a many-faceted issue that is as much about mindset as anything.

If you’re looking to lose weight, but don’t want to have to count calories or anything, a whole food plant-based diet is the absolute one.

It isn’t easy to do though, so don’t think this is a lose-weight-quick scheme.

However, if the thought of unwanted weight loss is putting you off trying a vegan diet, fret not. It’s not at all difficult to eat plenty of calories. I haven’t lost any weight eating the way I do.