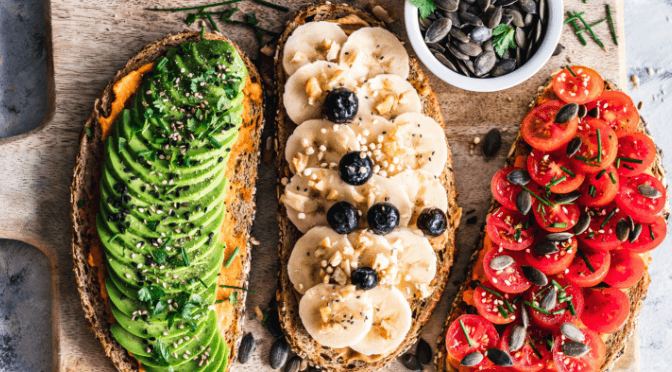 Today I will answer that age-old question (yes, it is!): can you do intermittent fasting as a vegan?

For those of you that wanted the tl;dr version of this post, yes, you can absolutely practice intermittent fasting as a vegan. Keep reading if you want a *slightly* more in-depth version.

If you’ve forgotten what intermittent fasting is, it’s what everyone was doing before keto happened. And no, I’m not intending to a do a keto as a vegan post, because I feel icky about writing about something I could never condone, and I could never condone not eating bread or chips. It just ain’t me.

What is intermittent fasting?

Fasting is not eating for an extended amount of time.

Intermittent means (according to the dictionary) occurring at irregular intervals; not continuous or steady.

Intermittent fasting is basically cycling a period of fasting and eating.

I like the ones where you can eat 2000+ calories every day, such as the 16:8 (where you fast for 16 hours and eat, though not continuously, more’s the shame, for 8 hours.

My mum does the extremely famous 5:2 diet, popularised by Dr. Michael Mosley,  and she swears by it. I’ve tried it a few times in the past, but whilst I’m surprisingly good at the fasting bit (I think because I work long shifts so I can tune out hunger) I’m REALLY good at the feasting part, so I end up gaining weight.

I try to stick broadly to the 16:8 rules, but I’ve recently fallen off the wagon.

***UPDATE*** I’ve massively fallen off the wagon because I’m trying to improve my diet by adding lots of nutritious things to it (me and restriction are not friends) so I’m currently trialing the 12:12 fasting period. I’m loving it, but it’s pretty must just eating as your mum told you too – 3 meals a day, plus a morning and afternoon snack.

Is intermittent fasting as a vegan dangerous?

Jesus Christ, I hope not.

Jokes aside, no I don’t think it is. The same rules apply as do to eating healthily as a vegan– those being:

Here’s a great article she wrote about intermittent fasting.

If you have issues with eating, or an eating disorder, then don’t do intermittent fasting if you think it’ll have a negative impact on your recovery, progress, or mental health. It ain’t worth it, kids.

How to start intermittent fasting

Should I say go to a doctor? I mean, it can’t hurt, and it’s always interesting to find out blood pressure and cholesterol and all that fun stuff.

Personally, I’ve never been to the doctor about my diet. But then again, I’ve not been to the doctors for anything other than contraception and smear tests since I was about 12. And it took me months (and the risk of pregnancy and * death) to pluck up the courage to go for those things.

I mean, I’d go to the doctor if there was something seriously wrong with me, but I’m young, medium healthy and have an inside job. I’ve not needed to go. But if intermittent fasting is a major upheaval to your diet, it’s best you go.

A lot of people experience headaches and dizziness when they start fasting, so my advice is to play to your strengths. I’m not usually big on breakfast, so I’ll fast from 10 pm and then fast until 2 pm the next day. Experiment with which eating window suits you best.

Dos and don’t of intermittent fasting as a vegan

Track your calories/macros if you need to. You’ll find you naturally lose weight if you have weight to lose (if you catch my drift). Ignore all that 1200 calories bullshit (unless you’re a teeny tiny person). Women are advised to eat between 1800 and 2500 calories a day unless you’re building hella muscle or, as previously mentioned, are teeny tiny.

*cue everyone in the world sighing at such a cliched phrase* I know, I know. But it’s true! If you eat outside your fasting window, who gives a shit? Do better tomorrow.

The best thing about intermittent fasting is that you can make it work for you!

So if you’re going out for an 8-course meal washed down with 2 bottles of wine, just make sure it’s in your eating window.

You’ll probably be starving when you finally reach lunchtime (or breakfast) for the first week or two, but it’ll quickly become a habit. Your body will adjust, once it realises you’re not starving it.

The beauty of intermittent fasting is that you can eat abundantly., but you need to make sure you’re getting all the required vitamins, minerals and fibre as well as overall calories.

I certainly wouldn’t recommend pairing intermittent fasting with any other type of diet (I’m not counting veganism as a diet – tis a way of life), such as low carb or whatever, at least while your body adjusts. If you try to take on too much at once you run the risk of burning out.

Yes, you can eat normally when intermittent fasting BUT it’s not a magic cure-all for overeating. Trust me, I hoped it was one.

However, as a self-confessed big-portion lover, I can attest intermittent fasting capacity for allowing big portions.

Just big portions of relatively healthy food. If you’re gorging yourself on a lot of processed crap for 8 hours a day, you will gain weight (unless you’re also running daily marathons).

You must be mindful that being vegan does require knowledge of basic nutrition (non-vegans need to know this stuff too, but I don’t think they’re reading this.

Also, I know nothing about the nutrition value of meat because I’ve not eaten it in nearly 20 years).

Intermittent fasting will be difficult if you’re not eating enough carbs, fat, and protein. I found this video from Pick Up Limes super helpful, and I’ve just picked up this book (on Sadia’s recommendation), so I’ll share what I learned from that (hopefully soon, but who knows?).

***So far I’ve learned that the ‘fact’ some vegans (including me) about milk being acidic and therefore leaching calcium from your bones is pretty much untrue. I mean, it does a bit, but not significantly. Still, no reason to eat cows though.***

I’ve written a blog post on how to get certain vitamins and minerals (iron, calcium, all those guys) complete with handy tables so you can easily see how much of what mineral is in which foodstuff. If you fancy giving it a read, click here.

I know that I touched on this above, but it’s seriously important that you drink plenty of water if you’re intermittent fasting.

I won’t go through why water is important. ‘Drink more water’ is a top tip in pretty much every diet book written ever.

The reason it’s so crucial to drink plenty of water if you’re partaking in intermittent fasting is that some of the water we take in is through food, so if we’re eating less often, we also taking in water less often.

I think I’ve covered the basics of intermittent fasting as a vegan, but if you have any questions please leave a comment below and I’ll try to answer best I can. I’m afraid I’m not a doctor (and never will be, unless I’m awarded one of those fake ones famous people get) or a dietician (this one’s more likely, and I’m interested in pursuing becoming one if anyone has any recs for a decent course).

So, until next time, I bid you adieu. For a very non-healthy but delicious and surprisingly filling snack, try the Belvita soft bakes with the Nutella-esque filling. They’re DELICIOUS and, as far as I can tell, vegan.

*I’m not joking. Fear of death didn’t make me go for a smear. It was fear of being bollocked by the nurse when having the implant fitted that eventually made me go. Oh, and fear of getting cervical cancer and then having to go to the doctor loads. If you’ve been putting off going for a smear, just fucking go. I was so nervous about making the appointment and then actually going that the relief I felt afterwards was amazing. And it gave me an excuse to do nothing for the rest of the day but do a jigsaw puzzle and drink prosecco. 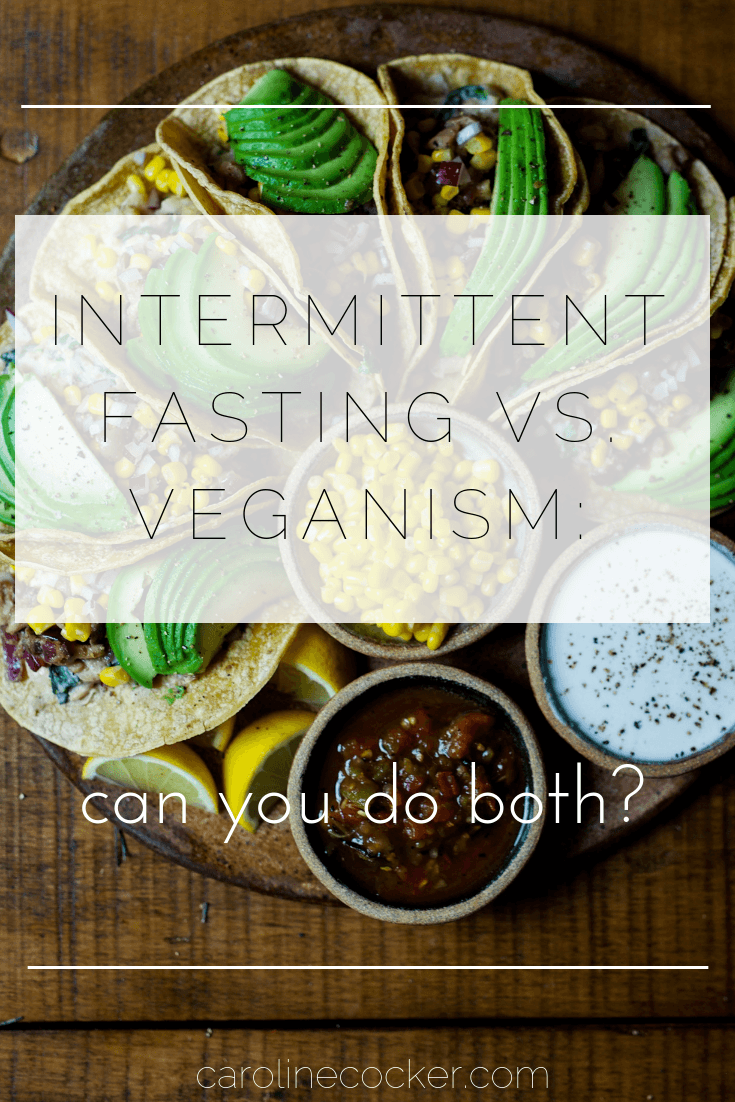 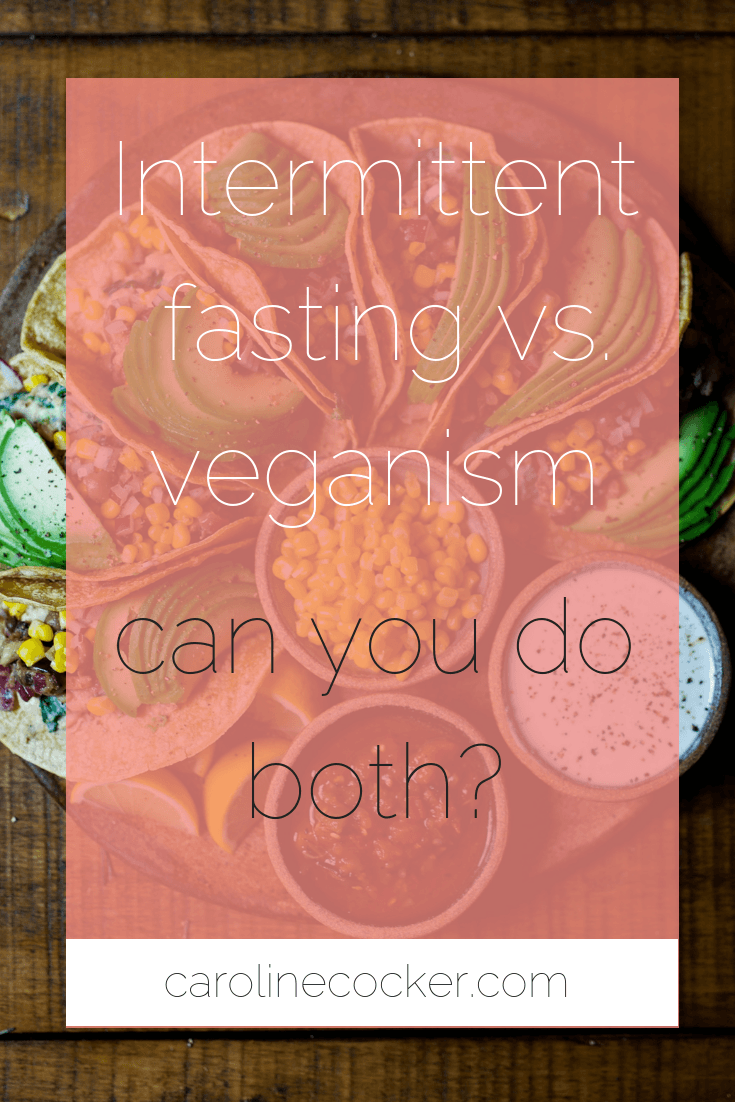 2 thoughts on “INTERMITTENT FASTING VS. VEGANISM – DO YOU NEED TO CHOOSE?”