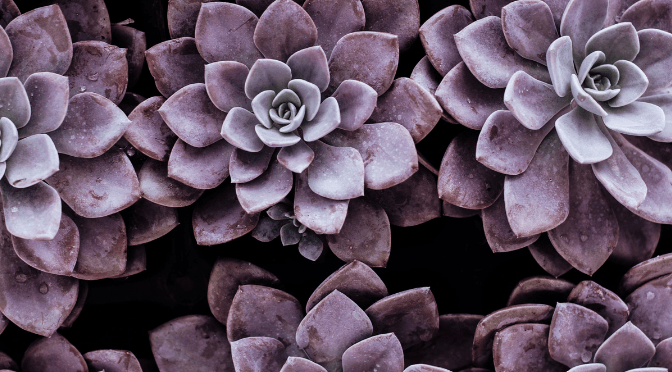 Information about going vegan is not difficult to come by.

In fact, it seems that every single person you mention veganism to is already a dietician, environmentalist and professional distributor of unsolicited advice.

So who do we trust?

Once upon a time, we trusted our GPs to give us trustworthy advice, but it turns out they that don’t know much more than the average joe.

New research is published daily about how eggs will make us live forever/kill us in our sleep, about how tomatoes will make our vision 1000x better/make our kneecaps dissolve and don’t even try to get to the bottom of olive oil’s deal.

See, the problem with research is that it’s costly. And you know who has a lot of money? Pharmaceutical companies and huge food conglomerates that want to make their products look good.

And let’s face it, Big Dairy isn’t going to pay thousands of pounds for a study that discovers that milk isn’t good for you.

I’m not saying that every study ever published is inherently biased. Just that you shouldn’t always take research at face value.

Another source of information we tend to trust inherently (I did anyway) is our parents.

My parents are very health conscious, in that they eat a lot of fruit and veg, almost no processed junk and not a lot of animal-based products or alcohol.

They had no experience of veganism though and initially thought I was being extreme (probs still do, tbh). Luckily I was 30 when I became vegan and it was nothing to do with them. I became a veggie in my early teens and luckily they were very supportive.

What I’m trying to (badly) is that your family may worry about you being on some weird, unhealthy diet, and may offer advice, often in the form of the obituary of a friend of a friend’s uncle’s godparent who went vegan for a week and died.

Eat enough calories, eat enough fresh and varied foods and do your own research. You’ll be golden.

Websites with information about going vegan

I wouldn’t class myself as a junk food vegan or a raw vegan or anything like that. I’m just a normal person that likes food that happens to be vegan.

You know, because I like animals and don’t really want the world to get so hot I’ll die.

I’m also busy. Well, not busy busy. Like, I don’t have kids or a particularly demanding job, but I am disorganised and inherently lazy.

I don’t meal prep. I’m not into complicated recipes.

I also don’t really like to be preached or shouted at to be raw or healthy or anything.

If you feel like you and I have a similar vegan mindset I strongly urge that you check out Sadia’s website Pick Up Limes. She also has a banging YouTube channel which also features a lot about mindfulness and minimalism.

What’s great about Sadia is that she’s not a sensationalist. She’s a registered dietician so she knows what she’s on about, and she publishes delicious recipes, which look so good even I’ve tried one of them.

This one for tapenade which is lush.

Sadia also publishes articles on nutrition, which I refer back to often, especially the ones on iron, calcium, B12 and vitamin D.

Other great vegan websites are Nutrition Facts – great for keeping up to date with the latest research on nutrition and getting to grips with the science side of veganism.

Minimalist Baker is great for easy recipes that usually have 10 ingredients or less. That may sound like a lot (it kind of does to me), but compared to many vegan recipes, it’s NOTHING.

It Doesn’t Taste Like Chicken is a similar vein, but has a cuter logo. Simple recipes, no fuss. Yesss.

On Youtube I love Grace Fit Uk. She started out as a fitness YouTuber (still is actually) but she also posts recipes, vlogs and is the absolute best for organisation inspo.

There are loads more, but those are the ones I find myself watching the most.

Books with information about going vegan

Don’t go to Amazon and buy any of these books. I never buy cookery books at full price unless they’re a new/small author.

Wait until after Christmas and trawl your local charity shops for them. I got Deliciously Ella, Ella Everyday and Eat, Nourish, Glow for £2.50 a piece.

Ella is rather the darling of the plant-based world, and her recipes look lovely (obvs I haven’t gotten around to actually cooking anything from them yet) but just be aware that some of them contain honey.

You could probably replace it with agave nectar or maple syrup tbh.

Actually, you should buy this next book, since I wouldn’t have thought you’d find it in a charity shop as reliably as you can find the big guns such as Nigella, Jamie and the rest.

It’s called How Not To Die by Michael Greger and it is EYE OPENING.

It’s very long and wordy but so compelling you’ll whizz through it.

It explains how some genes can be turned on or off by certain foods and you can basically stall or stop cancer and other diseases by eating certain foods. It sounds a bit pseudo-sciencey, but he has the facts to back it up.

I got very into eating lots and lots of vegetables when I was reading it but I’ve fallen off the wagon a bit.

I should crack it open again really.

I know Pinterest should technically have been included in the website section, but I wanted to give it it’s own section because it can be used extensively as a vegan resource (just use it like you’d use google) but should also be approached with caution.

Some tiny part of me somewhere way down deep will defend the health benefits of bananas to the death. Also potatoes. It’s one of the few things that gets me really fired up. More so than people that advocate drinking their own wee.

Pinterest is awesome for recipes. Follow me – I have loads of vegan recipes ideas organised handily on different boards.

One of these days (promise) I’m going to actually start trying some of them out.

I thought it would make a good weekly blog post – a  completely inept oven-chip addict trying kale salads, but I’ve not gotten around to it yet.

I hope this was useful. If I can recommend one, obviously I have a deep love for Pick Up Limes. I give you full permission to waste an upcoming evening watching all her old videos.

I hope you find this helpful, and if you know if any great vegan resources please leave me a nice comment below. Please don’t leave me mean comments; they make me cry :’)