Isn’t it funny how vegans are constantly accused of going on and on about how we’re vegan (and sometimes we do), but then are scared to tell a friend that wants to invite us for tea that we’re vegan?

Friends seem to be ok with this (my sister in law has vegan friends so she happily cooked me a vegan Christmas dinner a couple of years ago. She seemed happy about it, anyway), but it can be nervewracking mentioning your dietary choices to family.

The key word here is ‘choices’. Since veganism is technically a choice, a lot of people don’t see why you couldn’t just stop being vegan for one meal. Especially if it’s convenient for them.

By the way, a great way to cop out of this line of thinking is to laugh and say ‘I think you know why I can’t do that’ and hope that they’re too proud to admit that they don’t know.

So, here’re my tips for surviving dinner parties thrown by non-vegan friends or family:

Like, well ahead of time. Preferably before they even invite you.

And don’t be upset if you’re not invited to dinner parties because you’re vegan. You’ll just have to make internet friends like the rest of us.

Or have your own gatherings.

Here’s a post on cooking vegan food for non-vegans

2. Make sure people are aware of what vegan means

Be specific. I know it seems easier just to say ‘I don’t eat anything from an animal’ but you don’t know what your host considers to come from an animal. You don’t want to be either fed eggs or denied bread because unfertilised animals don’t count as animals but bacteria do.

Don’t assume. Write your host a list if you need to.

3. Offer to bring a dish

Something hearty and delicious, like a curry, so that your host doesn’t have to offer you a side dish, but also that can be shared around as a side dish to other guests. You don’t want to feel like a burden or that you’re not involved.

But only as far as what to cook for you. Ask what the host is cooking, and you could suggest ways to veganise it.

I mean, like, ‘take a portion out of the pan before adding the chicken, and I’ll have that’, or I’ll just have the roast veggies and couscous, thanks. Don’t be demanding your own vegan lava cake.

As well as a main dish, if your host has asked you to.

Something like brownies is good because you can have one (or three) when the rest of the party are eating their non-vegan dessert and then your host can offer them round if they want (or have them with coffee) or keep them for a rainy day.

You don’t want to upset the host by trying to take over and force your vegan baking on someone else.

I’ve not made them myself (because I’m lazy af), but here’s a post for vegan twixes looks pretty swell.

People will ask. You have the opportunity to educate and inform, but don’t gross people out or, worse still, start to cry (advice from me to me).

Feel free to whip out your phone and read out excerpts from this blog. That’s not a link. I mean this blog. The one you’re on. Make them read this. The one about palm oil is good, because everyone hates palm oil. Tell ’em to click on a few ads while they’re at it. Thanks.

Just make sure you know your stuff. Don’t start spouting about how eggs will give you heart attacks etc. Just stick to facts. Try not to offer to arm wrestle anyone to prove your strength UNLESS you know you can win. Arm wrestling children doesn’t count.

This is probably the easiest thing to do, tbh.

I mean it’s easy if you can find nice vegan friends.

That’s a pretty big if. I have one vegan friend irl that I rarely see BUT one of my best friends (hey Becky) is very veggie and always provides me with vegan snacks when I babysit her pooches.

A LOT of people have plant milk in their fridge now because it’s kinda trendy, but be prepared to drink black tea or coffee.

Refusing a hot beverage because your host doesn’t have plant milk is absolutely fine, of course, but I’m English, so a hot drink after a meal, especially with company, is practically the law.

Also, if you drink black tea in the UK you command a lot of respect. Especially if you have it really strong.

Oh, and if they don’t have plant milk, they might have herbal tea. Again, this may be UK-centric, but everyone I know has a specific hot drink cupboard where all the tea, coffee, and cups live. There’s usually at least half a dozen boxes of herbal tea bought in preparation for some kind of health kick. You’re practically doing them a favour by drinking them.

I feel that 2019 has been incredible for highlighting veganism, so it’s more and more mainstream. People like to think they’re informed and up to date, so the kind of people who throw dinner parties are unlikely to not be able to cope with a vegan.

I actually think vegans are more likely to have their brains picked for recipes rather than be shoved on the little table to eat hummus and carrot sticks with the kiddies, nowadays.

Family dinners will always be the issue. Praise the lord that:

There I go, bragging again. 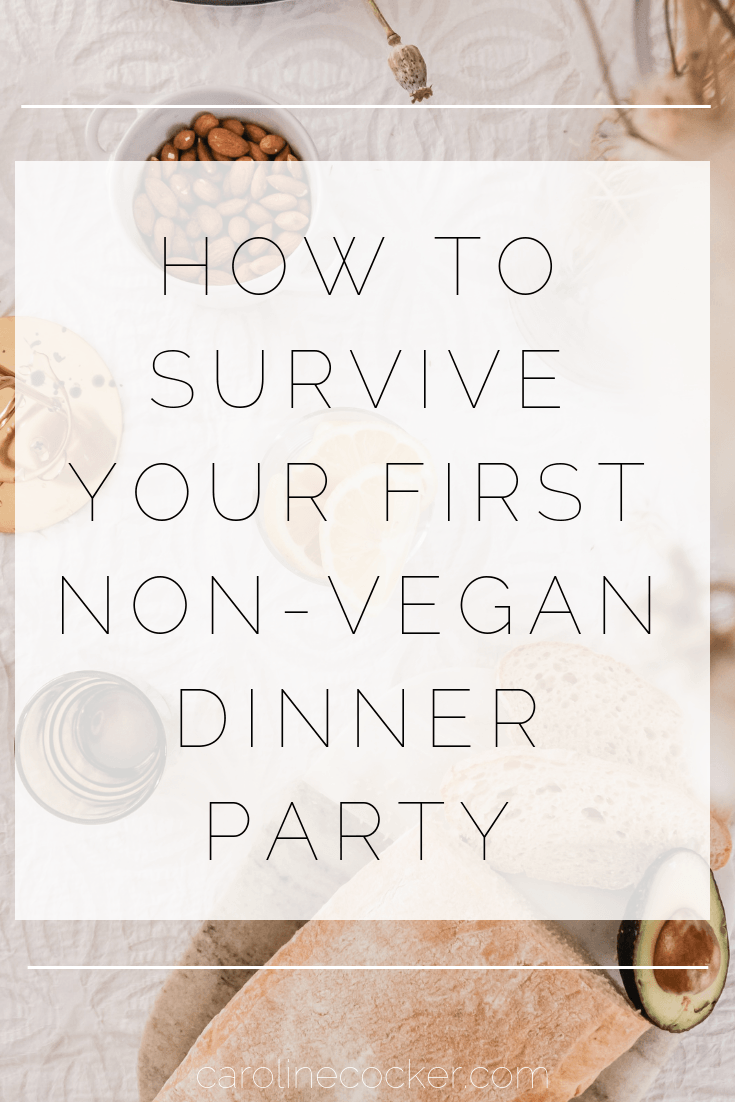 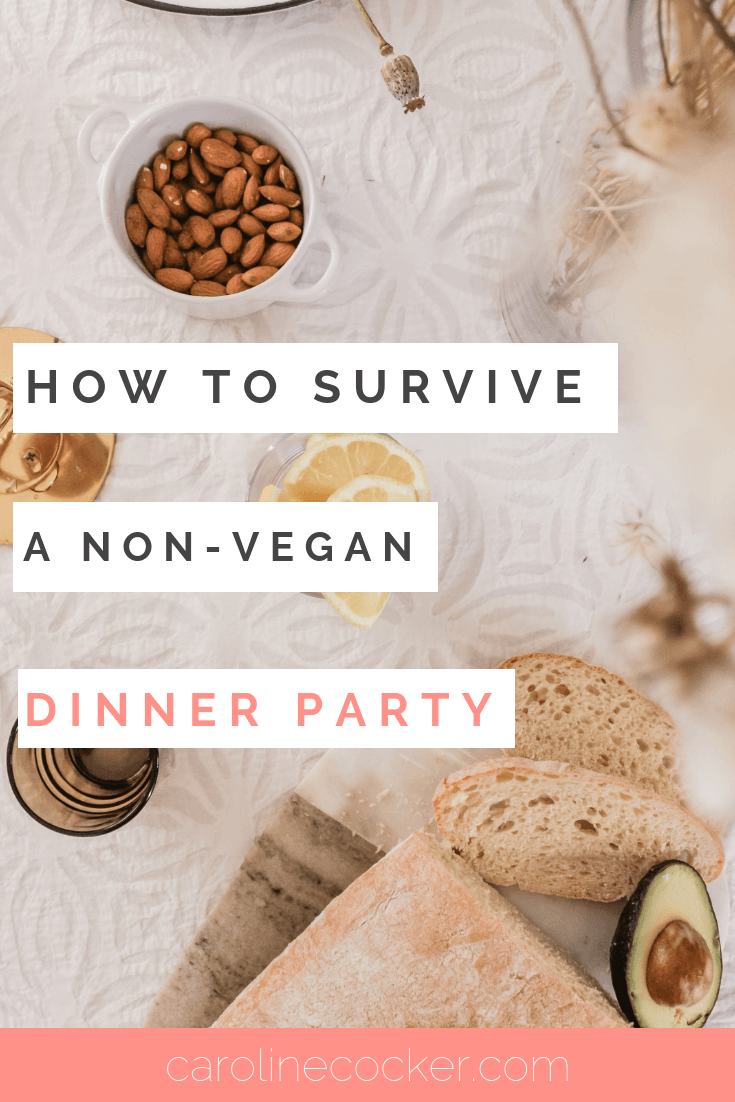