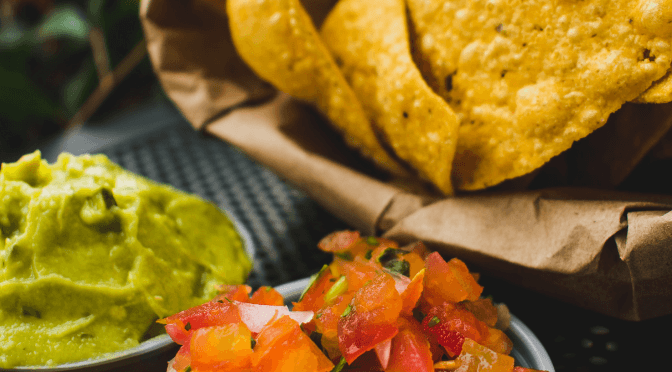 This is more going to be about feeding a house full of non-vegans, rather than how to host a fancy-pants vegan dinner party that involves a lot of panicking, crying and throwing things in the kitchen.

I always make the same food when I have a lot of people over. Not because it’s the only thing I can cook (well, not just that, anyway), but because it’s tried and tested dishes that everyone loves, whether they eat meat or not.

Below I have compiled a list of tips that I think will massively help you not only feed your friends/family, but also show them a bit about your vegan lifestyle without shoving it in their face.

It’s rude, for a start. If you get all preachy every time you have people over for a bite to eat they’re not going to want to come. If they ask about veganism, fine, educate them, but otherwise, LEAVE PEOPLE ALONE. Although if anyone’s interested, point them in the direction of this article.

Don’t try to show off

And I say this to you, speaking as a massive showoff.

Don’t try to make some vegan masterpiece, because at worse, it could all go badly wrong. At best, you’ll be all sweaty and stressed and that won’t be conducive to a fun atmosphere.

Seriously. The best way to get non-vegans to eat vegan food is to let them pick and choose what they’d like to try and how much of it.

Having a buffet can also let you create a feeling of abundance. A lot of non-vegans think that vegan food won’t fill them up, so having a table laden down with food will remove any doubts about being left hungry at the end of the meal.

In winter you could do a dish of cottage pie, yorkshire puddings (am yet to make a vegan version, but my content calendar tells me I’m doing a post on them in April, so I’d better get cracking), stuffing, soup.

In summer you could include a few different salads, quiche, nachos, etc.

I’m not 100% sure pre-prepare is a thing, grammatically. Like overexaggerate, which someone explained to me is an unnecessary word, blowing my tiny little mind.

I’d get a lot of the prep done the day before. That way you can spend the day of the party cleaning the house, getting yourself ready, and not panicking.

Examples of things you could prepare early:

Have a mixture of normal vs. obscure

This goes hand in hand with the whole trying not to convert people. Your guests will probably be willing to try a chickpea quiche but don’t make the entire menu tofu and aquafaba based or you’ll scare them.

I’m definitely not saying that you should cook some meat or dairy. The opposite actually – by showing people they can eat well on a vegan diet you’re doing really effective activism.

When your friends are asked about the food you served you want them to be describing it as ‘really nice, actually.’ That’s the goal people.

By obscure I mean homemade vegan cheese (or vegan cheese full stop, which is too hit and miss to be used as an ally), anything with tofu in it (excepting chocolate mousse) and kale. Not that I have anything against kale, but let’s not play to stereotypes.

What to do if your friends complain about the food

You must – and I cannot stress this enough – GET NEW FRIENDS.

True friends will lie through their teeth rather than embarrass you (obviously this depends on the kind of person that you are, but I’d rather someone poked me in the eye that tell me to my face that they hadn’t enjoyed something I’d cooked).

I hope that helped

Cooking vegan food for people is such a great way to encourage people to embrace a more plant-based diet. I don’t think that converting people is the goal here, but you can certainly demonstrate that following a vegan lifestyle isn’t restrictive or boring.

If you’re having a last minute get together, go for soup, then chilli with jacket potato and salad. AS long as you don’t make it too spicy, you’ll probably be able to make most people happy, and they won’t even notice that it’s vegan.

Good luck with your next vegan dinner party! leave a comment below letting me know how it goes! (Unless my tips turn out to be crappy, in which case, keep your comments to yourself). 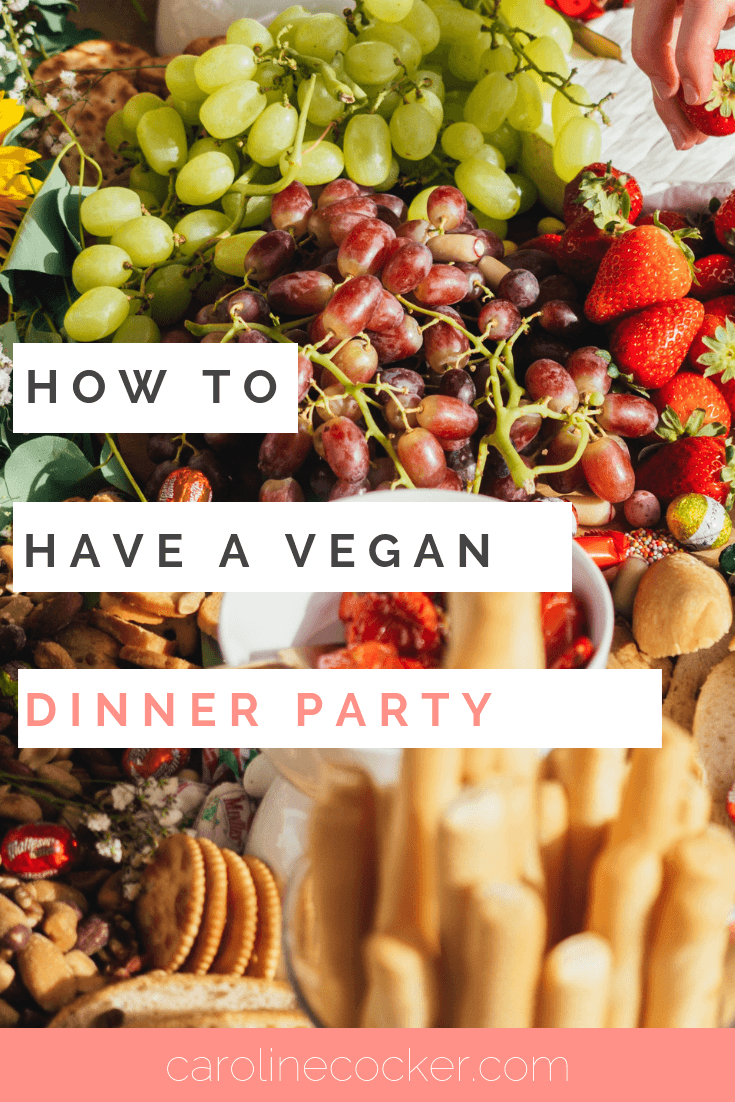 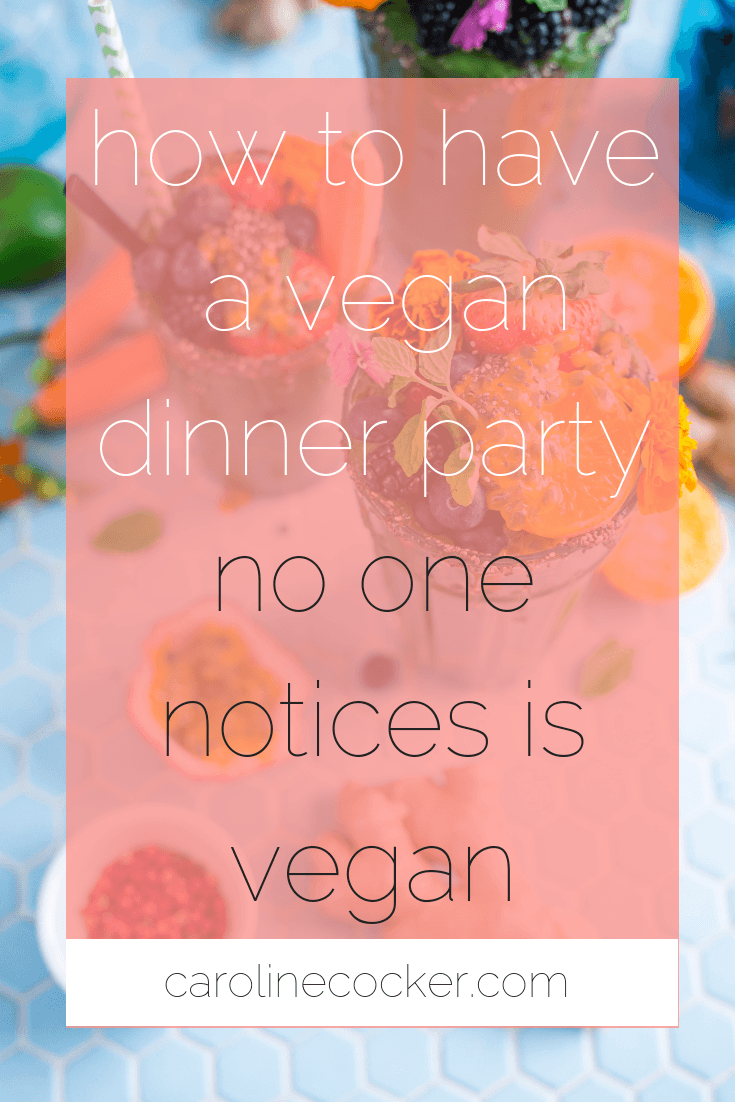 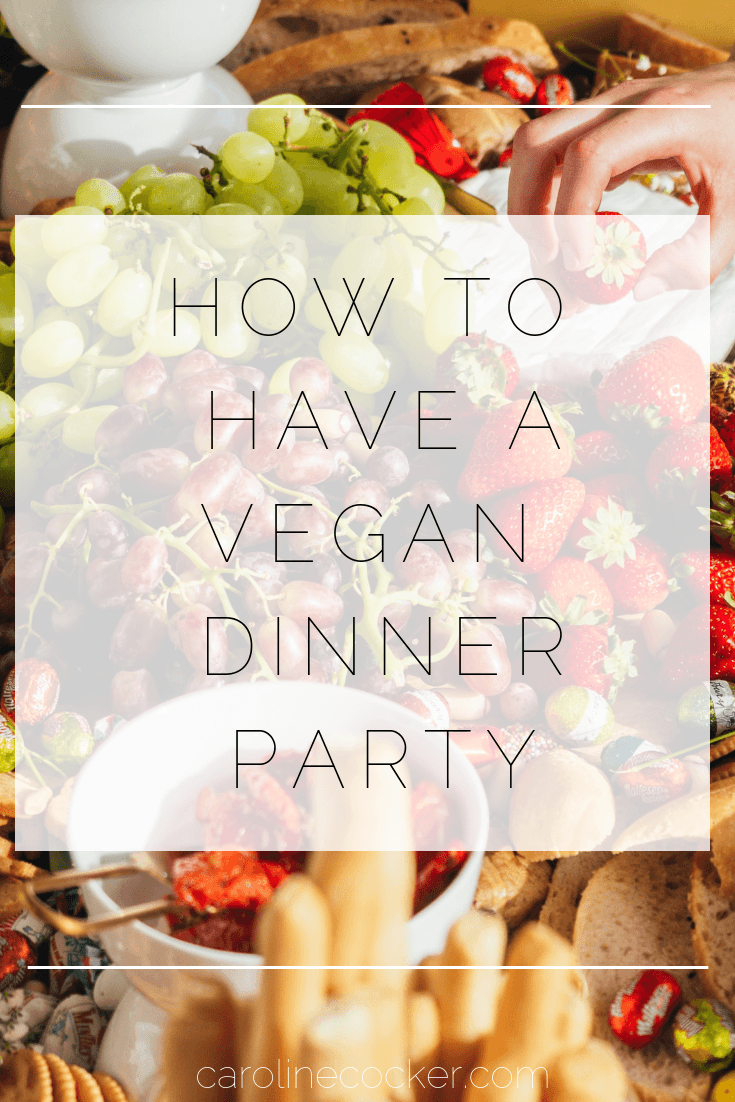