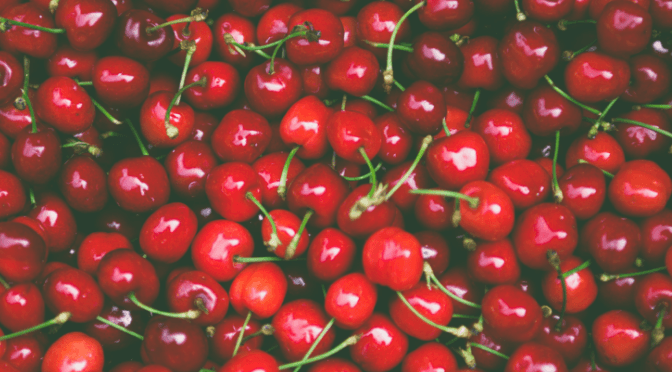 I used to think I was the authority on being vegan when you’re family isn’t, but actually, my family seem super supportive compared with what a lot of other people have to endure.

I was very lucky when I announced that I was going vegetarian. My parents never tried to dissuade me and were happy as long as I was healthy.

Previous to actually transitioning to vegetarianism my mum always said we were welcome to give it a go but we’d have to cook for ourselves, but she very kindly still cooked my meals for me, though I was more than old enough to do so.

So, yeah, it could have been worse.

I read about people that have to cook meat for their spouses and I’m sympathetic.

I couldn’t do that, and I couldn’t stay with my boyfriend if he expected me to cook him meat, but I’m financially independent of him and we don’t have kids, so I have it super easy.

All I’m saying to those of you that struggle is that you can only do your best. Veganism is NOT about perfection.

So how do we manage?

Well, I do have a few tips.

1. Don’t wang on about it all the time

I’m one of those sad cliches that love telling people I’m vegan.

I actually cringe inwardly every time I mention it, but the words are out before my brain can drag ’em back in. It’s a nightmare.

Eating meat is so intrinsic to some people’s lives that they would never ever consider giving it up.

I’m not saying to never mention it, or don’t educate people, but leave them alone sometimes.

Save some of your activism for big corporations so they stop testing on animals and start making really good vegan chicken kievs (M&S – the Tesco ones are weirdly gelatinous).

Becoming a massive cliche isn’t helping anyone. I’m talking to you, Caroline.

2. Cook delicious vegan food for them

This is more for me than you. You’re probs not a lazy bones that gets her dinner cooked for her all the time.

But on occasion, I like to knock up a nice vegan chilli using Sainsbury’s soya mince, or make a lush veggie risotto.

You know what else is nice and extremely lazy? Mash with Linda McCartney sausages (not the rosemary ones; they’re rank). I fry onions and mushrooms and then add in Bisto (the caramelised onion one) and then pop in the (cooked) sausages and some frozen brussels sprouts. Tis lush.

Don’t think you need to knock up some nutritional yeast-and-tofu casserole to convince everyone about vegan food. Show people just how normal vegan is.

Top tip: for the best ever mash, bake the potatoes in the oven and then scoop out the flesh when they’re cooked. Dip the skins in Nando’s medium sauce for a delicious starter.

If you’re having a whole-ass dinner party, I’d go for a buffet. Salad, chili, sausage rolls, coleslaw, etc etc etc. That way no one can cry ‘but I don’t vegan food’ because it’s just…food. If you’re cooking for a family event I have a post on how to cook have a vegan dinner party that no one notices is vegan.

Burgers are also a good shout. Beyond burgers are amazing but pricey (and make your house stink). The Coop Incredible burgers are good (avoid the chicken ones – ew),and so are the Naked Glory vegan burgers.

Who says vegan cooking has to be complicated?

You might not think being vegan is complicated, but it reeeeally is to your grandma/uncle/friend (these are only examples, not specific groups, at least as far as I’m aware). You can tell them all you like that it’s easy, but they’re unlikely to get it.

It’s not complicated for you because you live it every day.

So take your own.

And try not to cry when your mum cooks the roast potatoes in goose fat and is clearly horrified her only daughter couldn’t have them.

Or when my dad put cow’s milk in my coffee at his father’s funeral and looked like he’d just shot a dolphin in the face, whilst I tried to assure him it was fine whilst simultaneously making my sister in law drink it.

When you’re vegan you’re automatically being put in the ‘picky’ category, and I’m VERY introverted a bit shit at social situations.

If your policy is Make A Fuss, then you’re probably one of the people responsible for getting cafes to stock non-dairy milk.

The world needs both of us, and I applaud and thank you.

The thing is, all families are different. If I cooked delicious vegan food for my family, they’re hoover it up. They just like eating tasty food.

But I know that many families won’t touch ANYTHING that looks like it might be vegan. In which case, I’d just quietly do your own thing, and try not to let it bother you.

ANYWAY, take your own food to places.

Because those greedy bastards will EAT IT ALL.

Do we have any newbies here that have never been to a buffet with vegan options?

Because every omni will try the vegan option, and then come and find you to tell you how delicious it was whilst gnawing on a chicken leg. When it’s your turn to get up there THERE’S NONE LEFT.

This is a THING. I wonder if there’s a support group on Facebook for us.

Because, Jesus, people will ask you some stupid questions, and no one like an angry vegan.

Which is so unfair, because I’m a naturally angry person (let’s call it passionate, shall we?) that just so happens to be vegan.

I cry when I’m frustrated too, which does NOTHING for your credibility.

How the fuck do lawyers do it? Everyone thinks I’m crying for the poor piggies but I’m actually crying because it’s my body’s (useless) natural defence.

So when people ask things like ‘how do you get your protein?‘, ‘wouldn’t we be over-run with animals if we didn’t eat them?’, and that classic ‘don’t plants have feelings too?’ it’s not the vegan in me that wants to punch their chin out through their cranium, I’m just like that.

Luckily I’m not actually the violent type – I like to keep it all healthily bottled up tight in my soul (yes, I do cry when I run, why do you ask?)

I get that some people are very against being a relationship with a non-vegan and I respect that, but it’s not something that bothers me that much.

Haha, although he’s going plant-based by accident, because one of his main food groups, Flora, has gone completely vegan, and he hates it, so he’s switched to Pure, which is my butter of choice, since it’s the only vegan butter we both like.

I have two posts about vegan butter, the newest of which you can read here.

It would bother me if my boyfriend was shoving the fact he eats meat in my face, refusing to try anything vegan and complaining about it all the time, but he doesn’t.

He happily eats vegan food and is very supportive.

He actually only eats vegan yoghurt now, which may be my fault.

I do a lot of the washing up and used to refuse to wash up his greek yoghurt pots for the recycling, and now he’s switched to Alpro.

I’m pretty sure it’s mainly because the vanilla Alpro yoghurt tastes like melted ice cream but I like to think I helped a bit.

If your significant other is dead against you being vegan, I don’t really have any advice. Every situation is different. As I said before, we both work and don’t have any kids.

It would be a dealbreaker for me because it would show that our values were waaaay out of alignment.

Fair enough, I don’t expect my boyfriend to be a vegan, but if he didn’t understand why I’m vegan, then that’s different. It would cause a lot of fights and that’s not the relationship I want.

Also, I was a vegetarian when we met, and have always been clear that I was working towards being vegan. He’d probably be more upset if I suddenly started chomping on a spare rib.

This is just a little reminder: if anyone knows of any vegan chicken kievs, plz let me know. With the garlic sauce in the middle, obvs. UPDATE: M&S do delicious ones. The Tesco ones are a bit grim though.