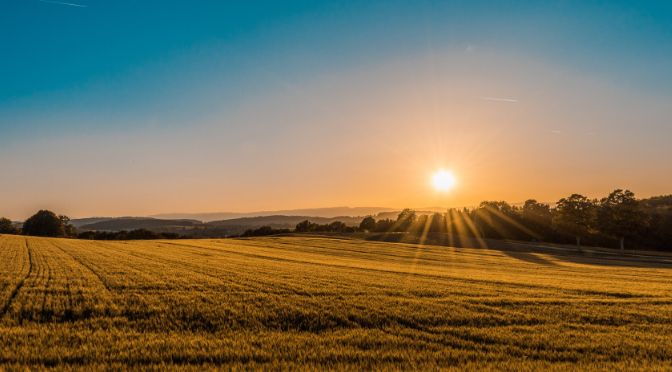 I don’t actually know all that much about land use.

But there’s always a last-ditch effort from meat-eaters to defend their right to eat meat by saying we need cows to improve the land. And that there’s not enough land to grow all the vegetables. Because the sheep live places where you can’t grow food. And so on and so forth etc etc etc.

Ooo apparently the University of Oxford have found that if we all stopped eating cows we’d need 75% less land. Christ. Read the article. It’s an eyeopener, and they actually understand what they’re on about, unlike me.

How much land does a vegan diet require over an omnivorous one?

Frances Moore Lappe’s Diet for a Small Planet estimates that people eating the Standard American Diet require to football fields worth of food to sustain them for a year.

What about the land that can’t be used for growing crops?

Ok, so there are 3 types of productive agricultural land:

This is land that has been cultivated and used to grow crops. See? We’re always learning here. You plant your crop and you harvest it, then you plant it again. Grasses, potatoes, etc.

A lot of this land would be wasted if we ate vegan diets because it’s primarily used to feed livestock.

This may sound like a negative thing, but if the land could be allowed to rewild, it could be suitable

Like cultivated cropland but it keeps on growing, year on year – tomatoes, apples, some oil crops, stuff that grows on trees like nuts.

Vegans use lots of this land.

Sheep farmers are having to diversify. They can’t blame vegans for this – the Uk has just lost its appetite for lamb (well, the cheap stuff from New Zealand is still pretty popular).

Woodland is proving a great to diversify for many upland farmers, who can sell timber, and plant more diverse trees, rather than monocultures that are traditionally planted by forestry companies. There are also farmers growing acorns and nuts (like hazelnuts and walnuts) commercially too.

Vegans are not anti-farmer. We need farmers. They have the potatoes.

Would the landscape of the UK change if we all went vegan?

Yes, but hopefully for the better.

Honestly, there’s no way to predict how a vegan diet would affect the landscape. We wouldn’t need as much grazing land, so that could be forested, or turned into wildflower meadows or whatever.

Sure, we wouldn’t see as many cows and sheep in fields, but there’d be more wildlife.

How reliable is the data?

As reliable as the weather forecast.

Vegan diets vary massively, from whole-food, plant-based vegans to junk food vegans and everything in between.

Don’t be swayed by all the data out there suggesting that a vegan diet isn’t the most economical use of land.

We’re not interested in using up all the available land. For a start, if we use all available land to its capacity we run into issues like soil erosion.

I just want to know if it’s physically possible to grow enough food to feed everyone on Earth with a vegan diet.

And it is. Well, we think anyway.

There is not, however, enough land to feed everyone on Earth with the way we’re eating now. We’re currently using our resources at an unsustainable rate, and people are still starving, so unless something changes quickly, we’ll all be forced to go vegan.

I read an article a while ago (this one) and one of the responses was that the maths had been done, and eating meat could be sustainable.

Eating meat is perfectly sustainable provided you only eat meat once every three months.