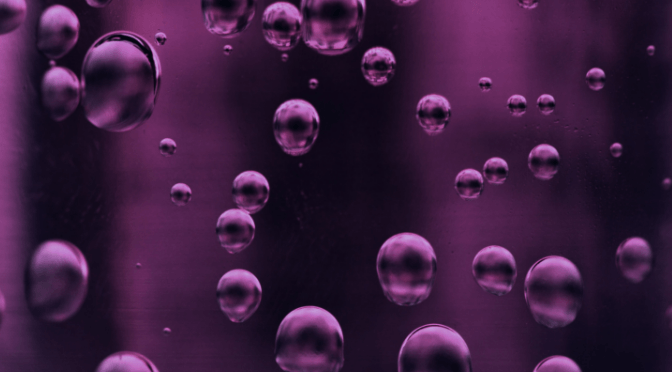 So, you’ve made the decision to start transitioning to a vegan lifestyle. Yay! But how do you go vegan?

If you’re apprehensive, unclear or frightened of dropping down dead from starvation, don’t worry. I got choo.

Transitioning to a vegan lifestyle:

Carbs have been shunned by carbs for yonks, and it needs to stop.

Even fitness people that claim not to avoid carbs only eat the fancy ones. I mean, I like a sweet potato as much as the next person, but it’s not the same as a real potato.

Hell, have gnocchi with garlic bread and combine potatoes, pasta, and bread.

I personally eat chickpea pasta. It’s a bit wanky I know, but it only takes five minutes to cook and has 25g of protein in it. I normally just stir a jar of pasta sauce through (because I’m extremely lazy) and maybe a few chopped raw mushrooms, tomatoes, and red onion.

2. Do your research before transitioning to a vegan diet

You need a source of b12, but there are various ways of getting it. Many vegans just cover everything they eat in nutritional yeast (trendily referred to as nooch, a word which for some reason makes me gip.)

I personally have b12 supplement, but I’m not the best at remembering to take it.

I’m not too bothered though, because I eat a lot of plant milk in the form of overnight oats and smoothies, and most plant milks have B12 added – check the label.

A lot of people recommend taking a calcium and iron supplement, but I’d consult a doctor first.

Too much calcium can cause heart problems and iron supplements can cause constipation (nice!).

I’m not a nutritionist (I’m interested in taking a course, but I’m worried it’ll put me off eating oven chips), but Sadia at Pick up Limes is, and both her blog and Youtube channel are incredible resources for all things nutrition.

3. Stock your fridge, freezer, and cupboards

Twitter is best. It’s how I discovered that there’s a vegan chocolate orange Bournville bar available.

And vegan Magnums. And Ben & Jerry’s.

There are also a plethora of vegan blogs out there, but I tend to avoid them because they make me painfully aware of how little I cook. I’d bake, but as a certified Messy Person Who Hates Mess, it’s always quite the endeavour.

5. Forget about cheese whilst transitioning to a vegan lifestyle

I love cheese. Not Edam or Babybel or any of that mild crap.

As I write that description it strikes me how gross it must seem to none-cheese lovers, but there we go.

When I found out that it’s actually addictive, I wasn’t at all surprised.

To be fair, I haven’t tried many, but if you’re a cheese lover, I’d just avoid fake cheese until you’ve forgotten what it’s like.

Ok, if you have the budget, Tyne Chease is AMAZING – not one hint of sick. Check out their website to find stockists.

I can still remember the taste of melted camembert as if it were yesterday, so I’ve just decided to deal with a cheeseless life until fake cheese stops smelling like coconut and sick.

UPDATE: after about 3 years, I’m either less bothered by the vomity-ness of vegan cheese, or it’s improved.

Having said that, Violife cheese slices taste just like ‘normal’ plastic-y cheese slices to me. It’s just I hated that kind of mild cheese back when I ate it.

There was some study done a while ago that I can’t be arsed to find, that claimed that some high-ish percentage of vegetarians ate meat whilst drunk.

I’m at my most vegan when I’m drunk.

After years of trying, I finally gave up fish whilst drinking wine and watching Hugh Fearnley-Whittingstall.

I turn into quite the evangelical when drunk.

The point I’m trying to make is that you need to work out what makes you want to eat animal products.

Do you waver when you eat out? Are you too scared to tell your mum? Do you get hangry and worry you’ll kill someone?

I feel you. It’s hard. But also not as hard as you think it’s going to be.

7. Don’t make it harder than it needs to be

Make a list of all the meals you ate as an omnivore. Many of them will be easy to veganise, they just don’t seem to be shared much by the vegan community.

One of my go-to quick meals is vegan sausages, chips, and salad. I’m sure it’s a common meal for a lot of vegans, but it’s rarely mentioned online or in blogs.

Because it’s so simple.

As a new vegan, I became hung up on things that didn’t matter. I didn’t need to have tofu three times a week, eating fake meat is perfectly fine, you don’t have to like chia pudding.

Instead of having a chicken curry, make a Quorn chicken curry (make sure you get the vegan ones). So what if you can’t get vegan naan near you? Dip in a crusty french stick instead.

Chilli can be easily made with soya mince, and Oatley does a great creme fraiche which doubles as sour cream.

See what I mean?

You don’t need to be making aquafaba meringues, flax Yorkshire puddings, or tofu fish to be considered a vegan.

Here are 10 easy recipes for main meals to get you started.

There’s no law that says that you have to go vegan all at once. It took me YEARS to go from full-on omnivore to vegan. Like, 20 years. That’s cool, I got there in the end. Here are the steps I would take if I was going vegan now:

There are so many alternatives that taste just like meat – the Coop Incredible burger is £2 for two and insanely meaty.

I found this more difficult than cutting out meant because, er, it’s tastes better.

Quorn fish fingers and fishless fillets are really good, but I’m yet to be convinced by any of the vegan scampi or tuna that I’ve tried.

If you’re not sure why vegans don’t eat eggs, or think that switching to free range eggs will make a difference, please read this post on the reality that is covered by the term ‘free-range’.

You may find this more difficult than cutting out meat because you’ll have to start scouring labels for eggs (luckily it’s an allergen, so it’s highlighted in the UK anyway).

Eggs always crop up in dairy-free desserts that I get excited about before reading the label and leaving the supermarket in a huff.

The biggie. The most difficult stage for me personally, not least because I love cheese.

Dairy is a massive part of our daily lives – especially things like milk and butter.

How long will it take to go vegan?

It’s really up to you.

You might watch Cowspiracy or Earthlings or similar and go vegan overnight.

If so, incredible. But that’s not to say that everyone has to do that. I couldn’t.

If you find each stage very difficult, then take your time. Even if your new year’s resolution each year is to take the next step, great!

You’ll be vegan in four years!

Even in you go totally vegan except for [insert non-vegan foodstuff you can’t live without h ere], that’s helping the cause tremendously, and one day you may find that cheese alternative that floats your boat and you can go 100% vegan.

A few final thoughts on transitioning to a vegan lifestyle

There is an overwhelming amount of (often conflicting) information about veganism out there.

I’m vegan for the animals, I’m afraid, not my health.

I’m not raw til 4 (unless sandwiches count, which they don’t), I eat some processed food, and I have no qualms about cooking with oil.

It’s also worth mentioning that not everyone can go vegan overnight.

I admire those that do but it took me literally years to finally kick dairy. Don’t worry about perfection, just do your best.

*If I buy the raw stuff, it just lives in the cupboard, alone and afraid.

**Many people sing the praises of various vegan cheeses. Some even had vegan cheeseboards last Christmas, so please feel free to try them at your leisure. Just don’t come crying to me when you end up eating something that tastes like coconutty feet.

If you have any tips to make transitioning to a vegan lifestyle a bit easier, let me know in the comments below, if you would be so kind. Ta muchly!