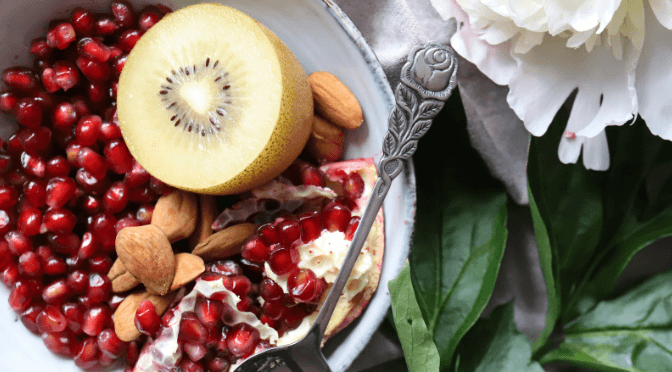 How do vegans get the nutrients they need? How do they get things commonly associated with animal products – calcium, iron, and vitamin B12?

By eating food. Not even anything weird. You don’t even have to eat tofu (though it is really high in calcium, so maybe think about it?).

One of the major reasons people give for not pursuing a vegan diet is because they think they will become nutrient deficient.

The truth is, you’re no more likely to be nutrient deficient on a vegan diet than any other – we should all pay attention to the food we eat.

You may be nutrient deficient on a vegan diet – but you’re as likely to be so when you eat animal products too.

Eating animals and their secretions isn’t a sure fire way to get all the nutrients you need, just as going vegan isn’t a guarantee you’ll be really healthy.

However, vegans tend to know how to get the nutrients they need because they’ve (hopefully) researched it more than your average meatie. And they’ll have been asked about it every day of their lives. By their mums, probably.

What’s interesting is that we’re told from birth that it’s super important to eat an abundance of fruit and vegetables, but many people think that cutting meat and dairy from our diet is unhealthy.

In general, if you eat a wide variety of fruits, vegetables, legumes, nuts, seeds, and grains, you won’t have to think about vitamins at all, except possibly B12. If you eat all the above as well as a lot of marmite and nutritional yeast, you’re golden.

Even so, I’ll go through some of the major players nutrient-wise that people are concerned about getting enough of.

I’m not going to cover protein in this post – I’ve done a separate post on that because it’s a whole thing all by itself. So, click here to be whisked away to read all about how to get protein on a vegan diet. If you don’t want to read the post but want more protein, add beans to every meal. You’ll be golden.

Please let’s remember that I’m not a doctor or a dietician or anything, so if you’re concerned that you’re nutrient deficient, go and see a doctor that can get you a referral to see a registered dietary professional.

DID YOU KNOW that iron is the most common element (by mass) on Earth?

It is also vital for life – it basically helps us move oxygen around in blood. Oxygen is pretty important, as is blood.

However, our bodies are great at iron uptake, but a bit shit at letting it go, so too little iron is less of a problem than too much.

We’re after a happy medium here.

Those of us that have periods and/or give blood a lot need more iron (18 milligrams a day). Everyone else only needs 8 milligrams.

So what can I eat that contains iron?

Here’s a sexy table so you can see the approximate content.

DISCLAIMER: I didn’t personally check the nutrient contents of these foods myself. I’m unfortunately having to rely on cross-checking various sources from the internet.

I DID MY BEST THOUGH.

Bear in mind that content of iron will vary a bit, due to the age of the food, storage, cooking method etc. 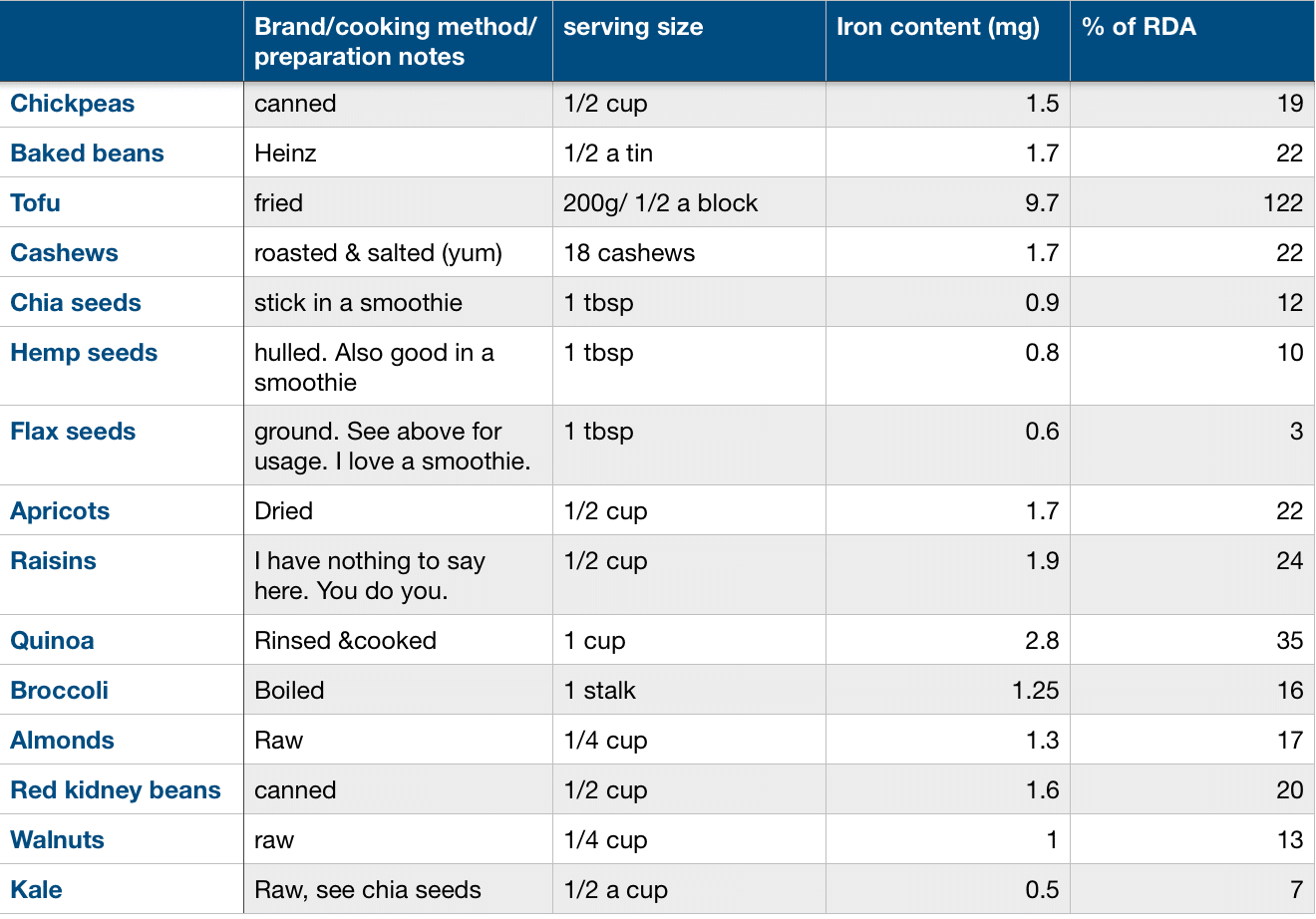 Tea and coffee can make it more difficult to absorb iron, so don’t drink them with meals

Vitamin C aids absorption, so have a glass of (vegan – sometimes the sneaky bastards put bits of sheep in it) orange juice or a kiwi after eating your beans on toast.

I know we don’t do dairy here, but if you do still eat dairy, it can also inhibit iron absorption.

Calcium is always cited when people ask how vegans get the vitamins they need, probably because we were all told that cow’s milk is full of calcium.

Which is true, cow’s milk contains calcium. However, the jury is still out on whether cow’s milk is the best source of calcium, since it’s high in saturated fat, and can cause an increase in prostate and ovarian cancers.

It’s also not clear how effectively our bodies can absorb the calcium from cow’s milk.

Of course, I’m vegan. Cow’s milk could be the best source of calcium in the world and I still wouldn’t fucking touch it.

So how do I get my calcium?

Again, a supplement is not always the best answer. Like too much iron, too much calcium ain’t good. It can actually up around the heart and cause heart attacks.

You can find calcium in dark, leafy greens,  such as kale, and in dried beans and legumes. SPinach contains calcium, but it also contains oxalic acid which inhibits uptake.

I personally get my calcium through fortified foods such as plant milks and yoghurts. Technically it’s a supplement but you’re not getting nearly the same amount and it’s almost impossible to overdose on. 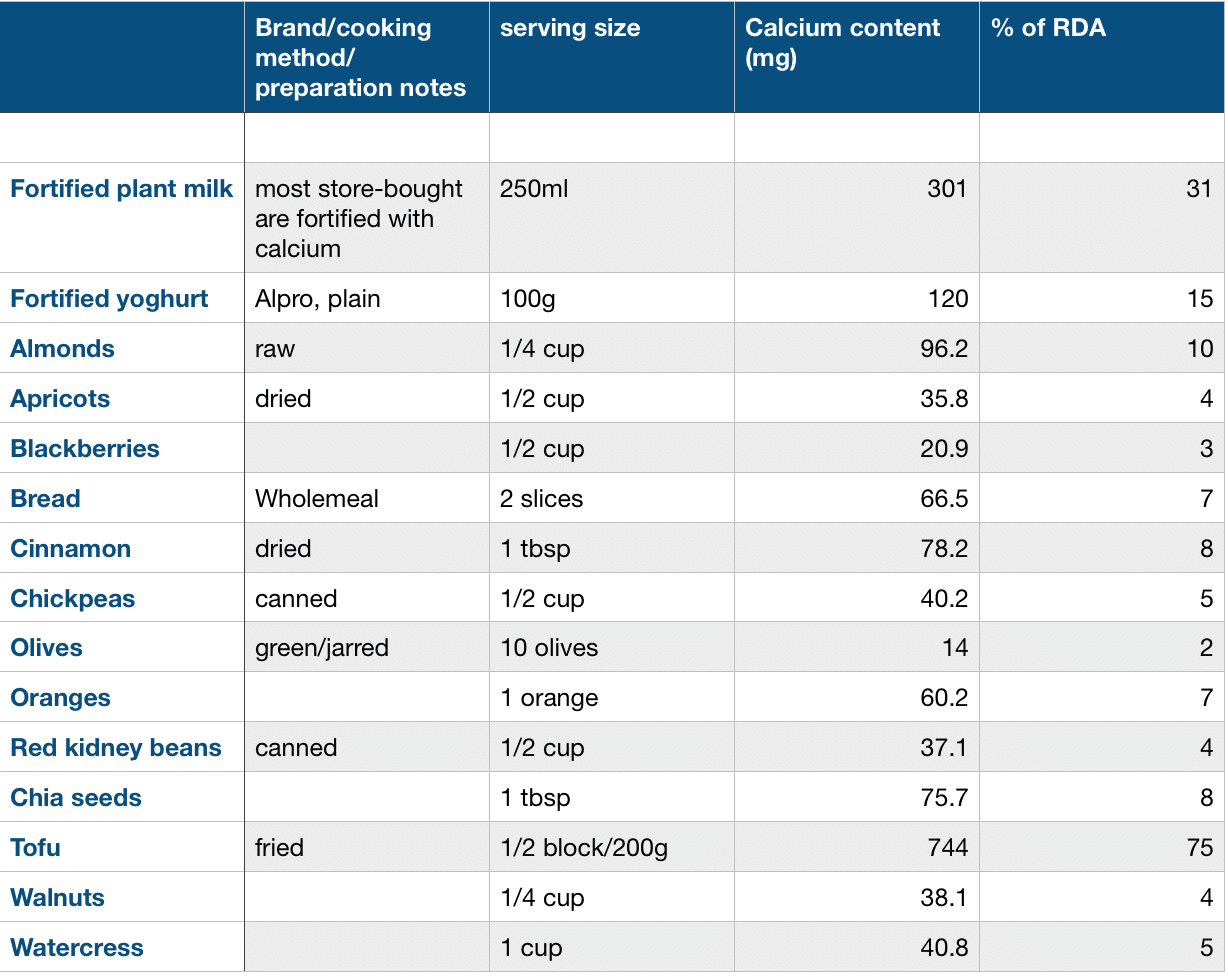 If you’re interested in reading more on this subject, please check out this post from Pick Up Limes. She’s a dietician and is far more qualified than me.

For healthy bones, you need vitamin D as well as calcium.

You get vitamin D from the sun. Which means here in the Uk, we have to take a supplement.

B/c there’s no sun here. In winter anyway.

Ok, we don’t HAVE to take a supplement, obviously, but we really should.

I don’t bother in summer, because I run regularly in the sun (but not when it’s highest) without sunscreen on. It’s only for 40 or so minutes in the morning but it’s enough for me.

I buy a vegan D3 supplement from Amazon and take that in winter, along with a B12 supplement and a biotin/zinc one which I don’t need but may as well use up.

Some plant milks are fortified with vitamin D, but unless you’re chugging pints a day I’d recommend a supplement.

There’s been a lot of talk about B12 since the vegan thing really began to gather steam.

B12 is not made in meat. There’s B12 present in meat because livestock are injected with it.

And the reason livestock are injected with it is that B12 is a bacteria that lives in the soil. Well, it lived in the soil. Until we overused our land so much that all the soil became depleted.

B12 is found in marmite and nutritional yeast, so if you eat plenty of those, don’t worry about a supplement. There are also plenty of people that don’t eat either of those things or take a supplement and have great B12 levels. Maybe they’re wizards.

If you’re worried either take a supplement or get a blood test. You can either get a B12 injection, spray a…spray into your mouth or take a pill. I take a pill whenever I remember, but since your body can store B12 (unlike, say, vitamin C, which is ejected immediately if it isn’t used) many doctors recommend taking a pill every week or so.

Another one we don’t need a supplement for.

Recommended intake is 7mg for women and 9.5mg for men (they need more because they lose it through semen apparently. The more you know).

We need zinc to fight off infections and healing and other v v important things. It’s found in the usual suspects:

I’m considering taking a multi-vitamin, because I’m lazy, but I don’t want one that has iron or calcium in it, so I’m taking my B12 and D3 separately at the moment.

Supplements are a bit of a contentious issue in the health world too – there are several studies that suggest that taking nutrients in pill form is not as effective as you’d think.

For example, if you take an 18mg iron supplement, your body may not necessarily be able to absorb it as easily as it could if you were eating iron-rich foods, if at all. If your body doesn’t recognise the supplement it’ll just process it as waste. To paraphrase Sheldon from the Big Bang Theory, you’re just making very expensive urine.

EAT YOUR BEANS AND GREENS

One final thing: just in case you thought you could make yourself a super breakfast smoothie every day that contains your daily allowance of all the vitamins and minerals, er, it doesn’t quite work like that.

I mean, it wouldn’t hurt (you’d probably have the energy of a whole army of Tiggers), but in order to increase absorption, you’re best off spacing your nutrients out over the course of the day.

You basically have to have at least one healthy thing for every meal if you want to reach your optimal health. 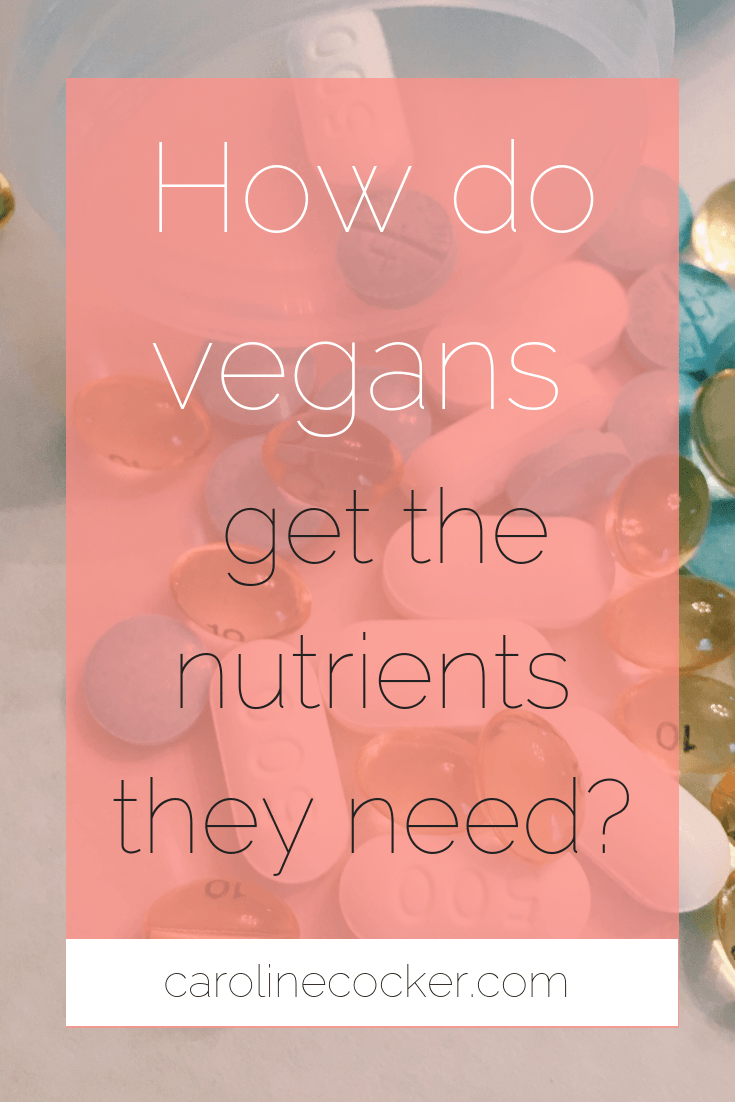 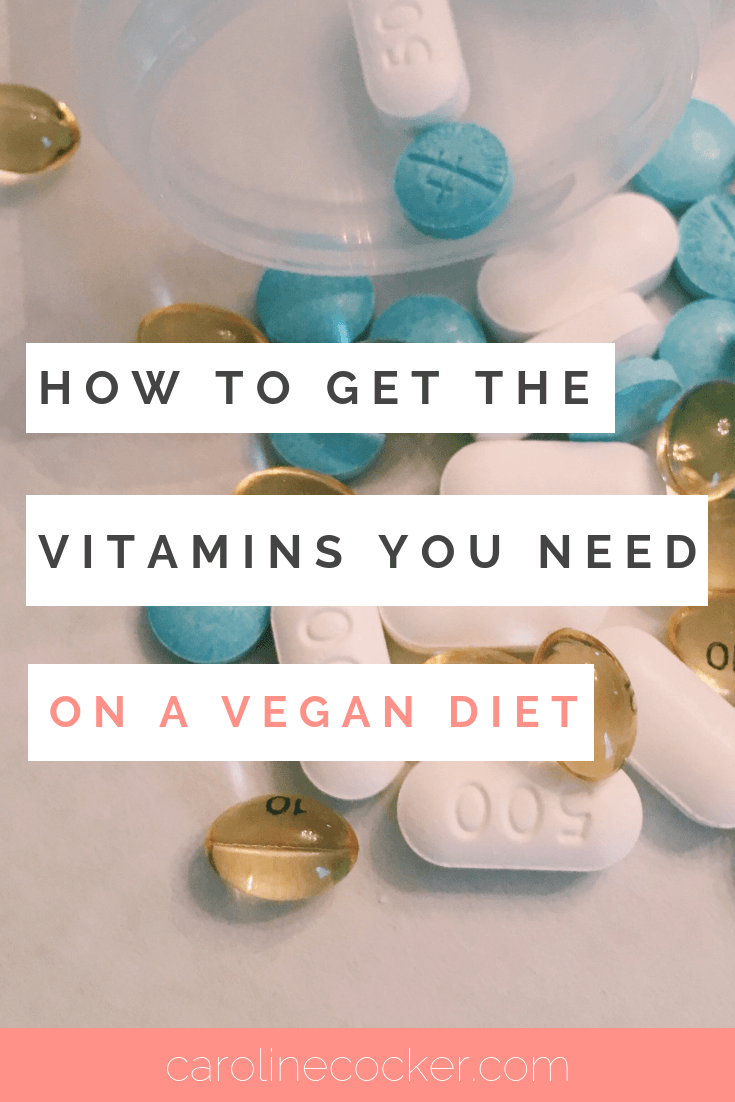 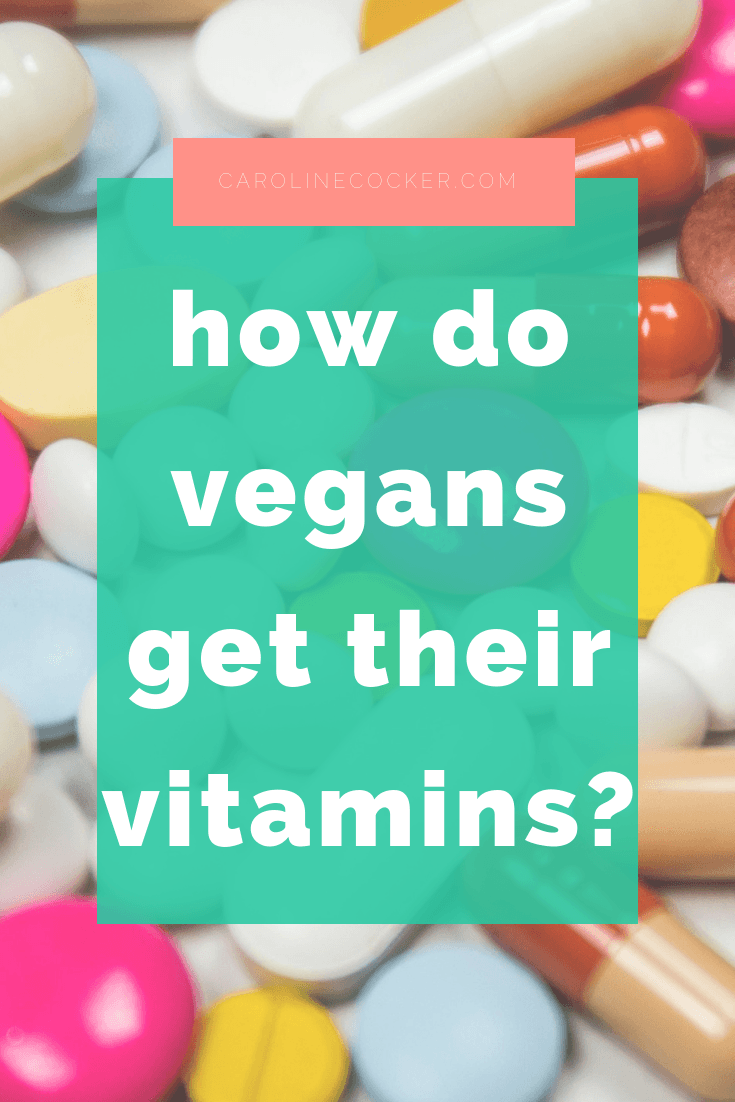 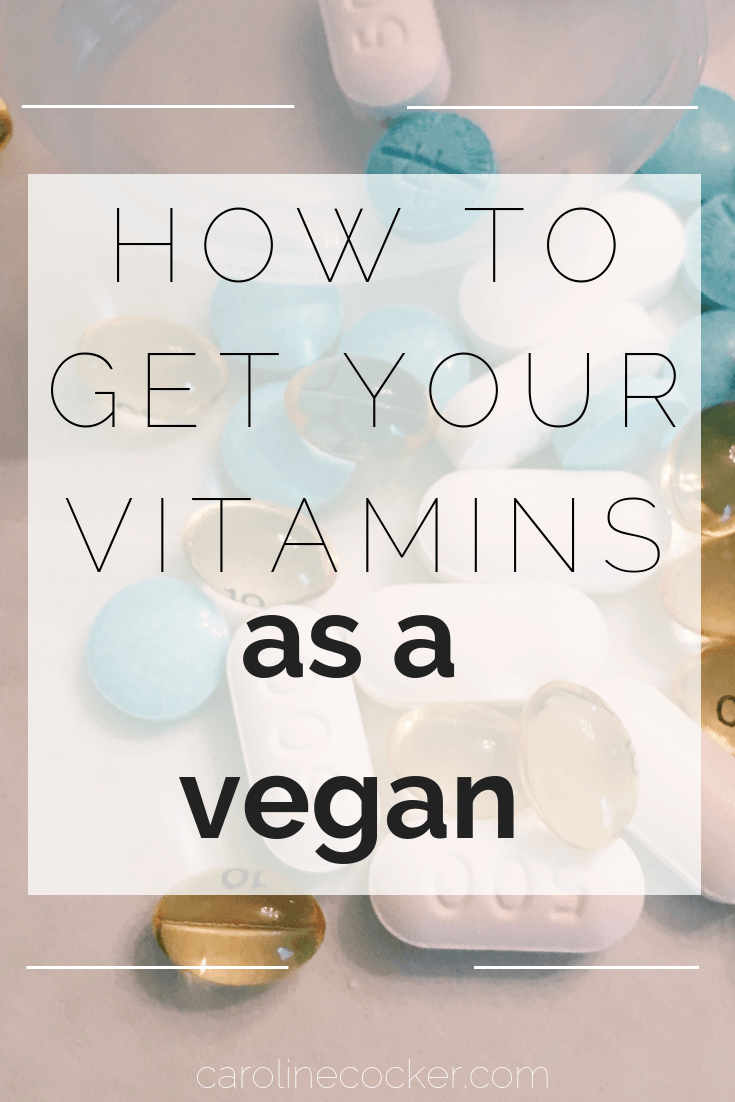 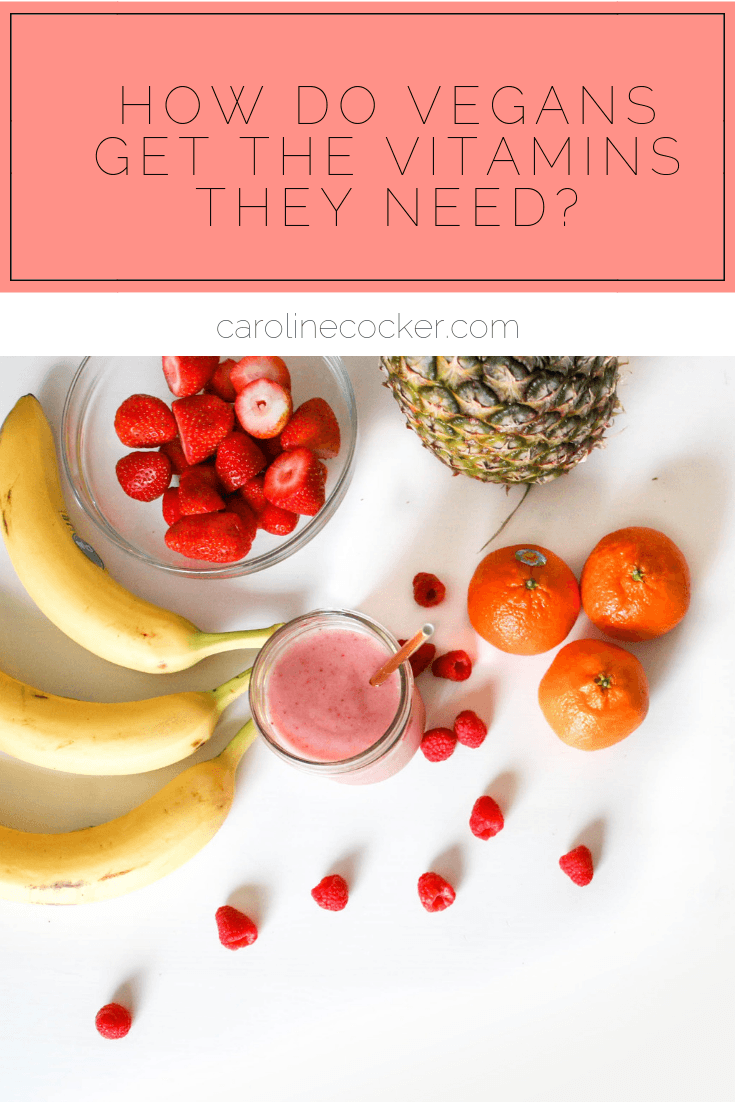