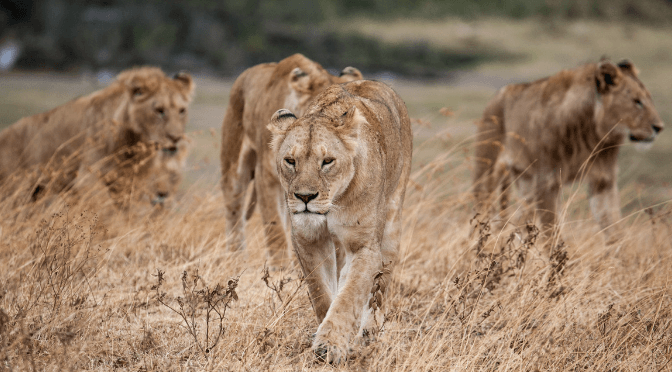 But how do vegans feel about animals eating animals? I’m going to preface this by saying that it ISN’T cool that lions eat meat. But, you, know, they need to do it. Otherwise, they’ll die.

Sure, I’ve watched lions take down elephants and giraffes and baby wildebeest and I am NOT ok with it.

It makes me cry.

But they have to do it, in order for them to survive. And that’s an excuse I can’t really argue with.

But meat-eaters do this thing where they think that if it’s ok for a wild animal to do something, then we can too, called…

Rape, incest, slavery, and infanticide are all natural, but not great.

Vaccinations, electric toothbrushes, and jam doughnuts are unnatural but incredible.So here’s the form this post is going to take. I’m going to outline all the reasons why it’s acceptable that lions eat meat.

I THINK IT’S ACCEPTABLE FOR WILD ANIMALS TO EAT MEAT.

EVEN THOUGH IT MAKES ME CRY ON NATURE DOCUMENTARIES.

Do you know what isn’t acceptable though? Killer whales.

They’re just glorified dolphins that are extra big and extra mean. I’m sure it’s lots of fun torturing penguins to death but STOP IT. For fuck’s sake.

Have you noticed how the cleverer something is, the meaner it becomes?

Anyway, let’s go back to lions.

Lions have to eat meat to survive

They’re obligate carnivores. Lions eat meat. Exclusively. Said meat can be anything from elephants to mice.

(and we’re not surprised that lions eat mice. Scar literally nearly eats one in the Lion King).

That’s what they’re designed to eat.

Everything about them from their teeth to their claws to their pride dynamics is about survival. And they survive by eating meat.

They have very acidic stomach acid and a short intestine in order to eat large volumes of meat.

A very vegan thing to say now is that humans have more alkaline stomach acid and long intestine to derive as much nutrition from fibrous food and plant matter, which is true, but only very broadly. In truth, the ph and quantity of stomach acid and the length of our gut varies quite a lot.

Fun fact: because humans evolved to be hairless and run on two legs, it meant we could be awake and hunting during the hottest parts of the day when floofs like lions were sleeping.

Lions have no moral agenda

I’m not quite sure how to approach this.

TECHNICALLY lions don’t have the mental capacity to know right from wrong, but it’s not as easy as that.

Right and wrong is a human construct and only applies to us.

It may seem wrong for daddy lion to kill baby boy lion, but he’s not doing it to be a knobhead. He’s doing it because his instincts tell him it’s the best way to ensure his genes are passed on.

But instincts aren’t the same as actual thoughts. Daddy lion doesn’t know why he’s killing baby. He just knows it has to be done.

Sorry, that may have come as a shock to some of you.

But, more importantly, lions are not humans.

They don’t keep and breed animals in deplorable conditions to the detriment of the world in general. And if they did, humans would go absolutely mental and send the RSPCA down ASAP.

Lions don’t breed their wildebeest to be unnaturally heavy. they don’t put live male chicks into the grinder, they don’t cram thousands of terrified sheep onto boats to boil alive.

Lions are part of the circle of life. There’s a whole film on it. And trust me, if we were in the film, we would be below the lions.

My thinking here is that it’d be waaaay easier for a lion to kill a human because we can’t run as fast as an antelope and once the lion caught us we couldn’t use our strong back legs to kick ’em in the face. But we could plausibly set a trap to kill an antelope.

I’m confident in my assertions.

Final thoughts on how do vegans feel about animals other animals eating meat:

Kinda jealous of not having a moral agenda, if I’m honest. However:

It’s ok for lions to eat meat because it’s necessary to both their health and the health of the ecosystem in which they live.

(even though I wish they didn’t have to, and all the animals could just eat grass and live a long healthy life and no one would get overrun and it would just work, as if by magic. I appreciate that’s not realistic).

It’s not ok for humans to eat meat because it’s bad for their health and the health of the ecosystem in which they live. 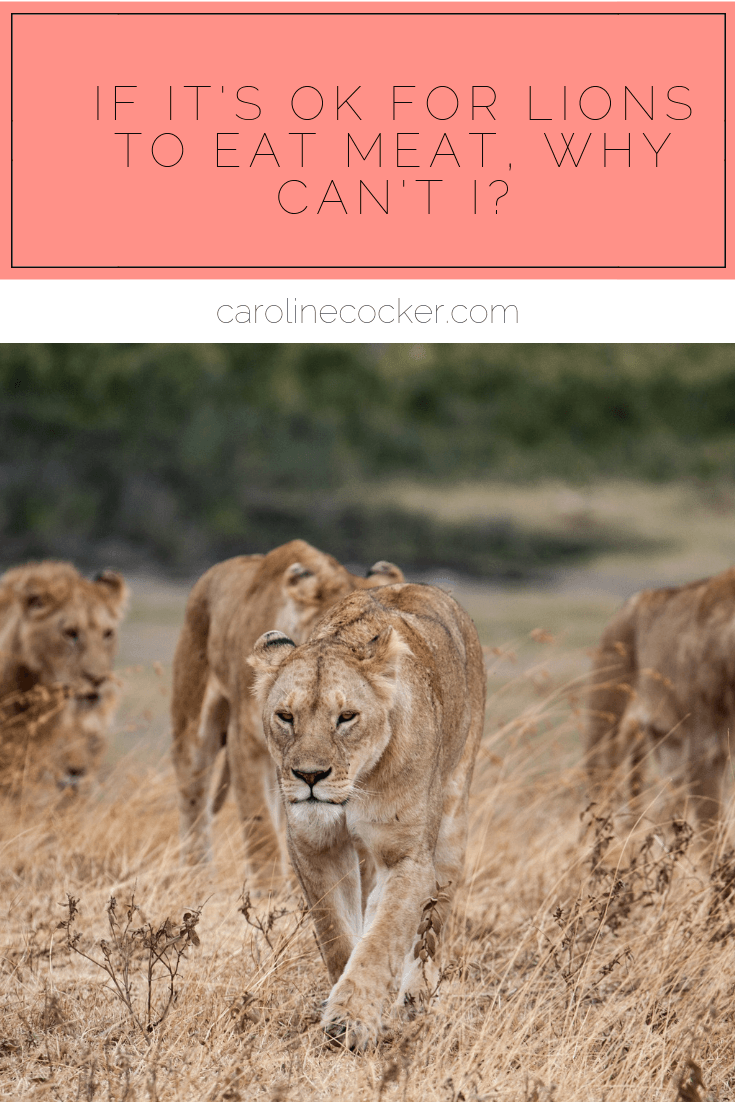 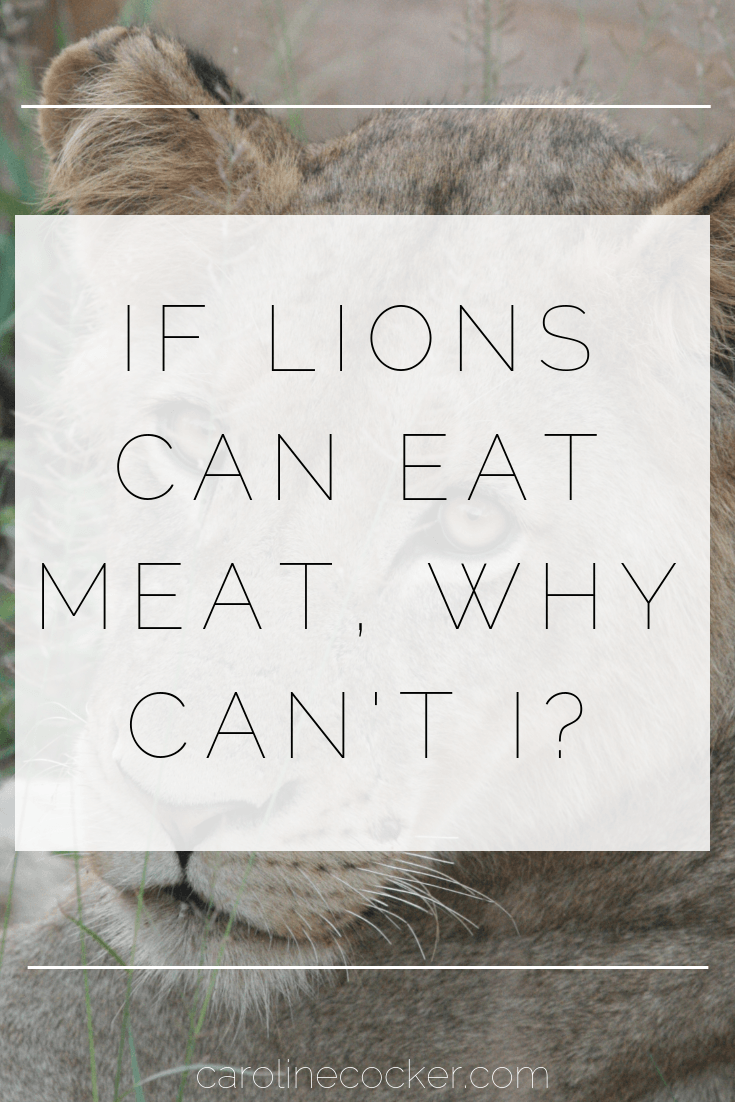 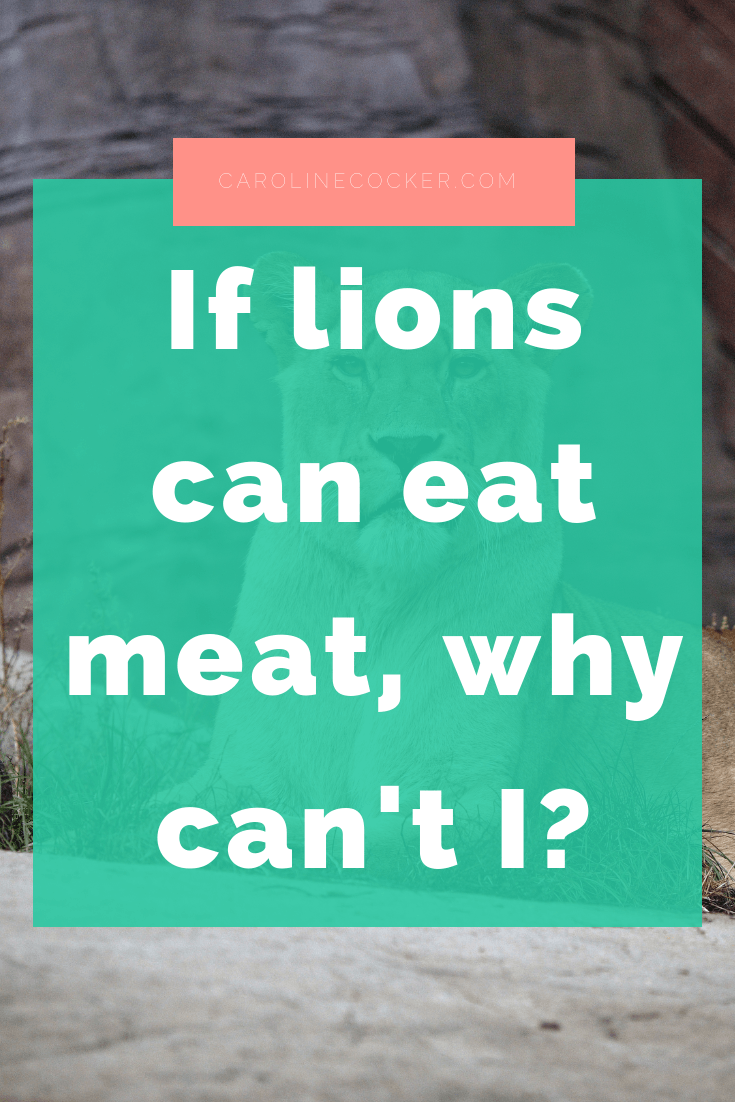 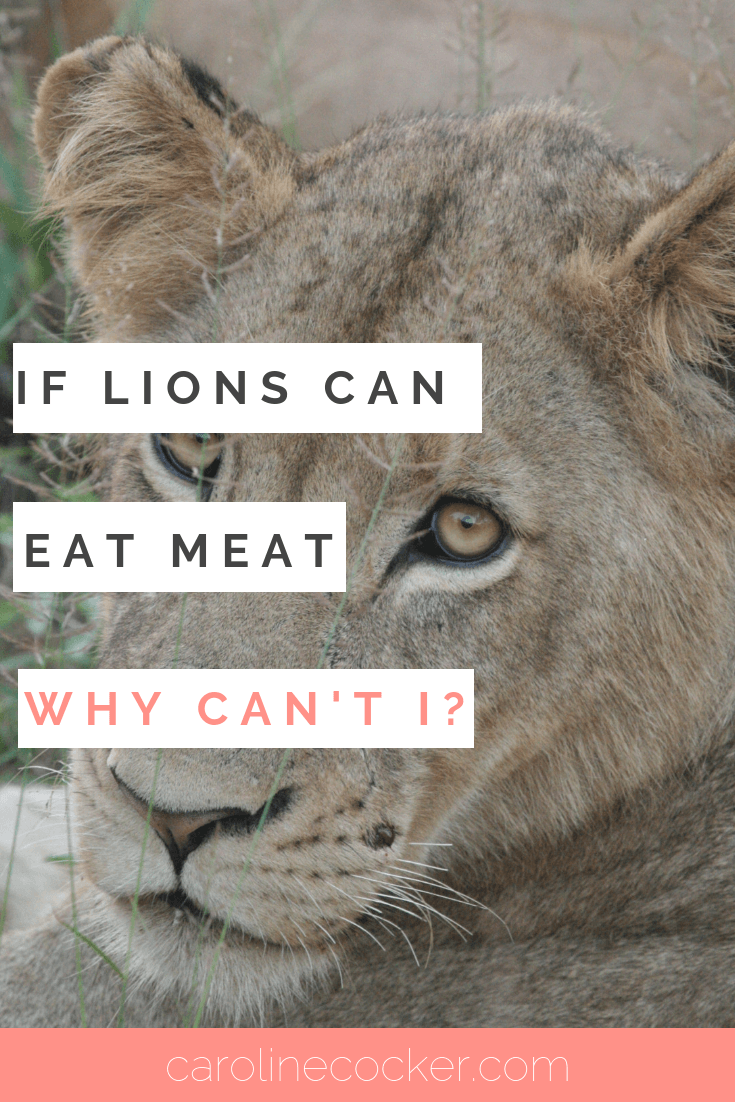 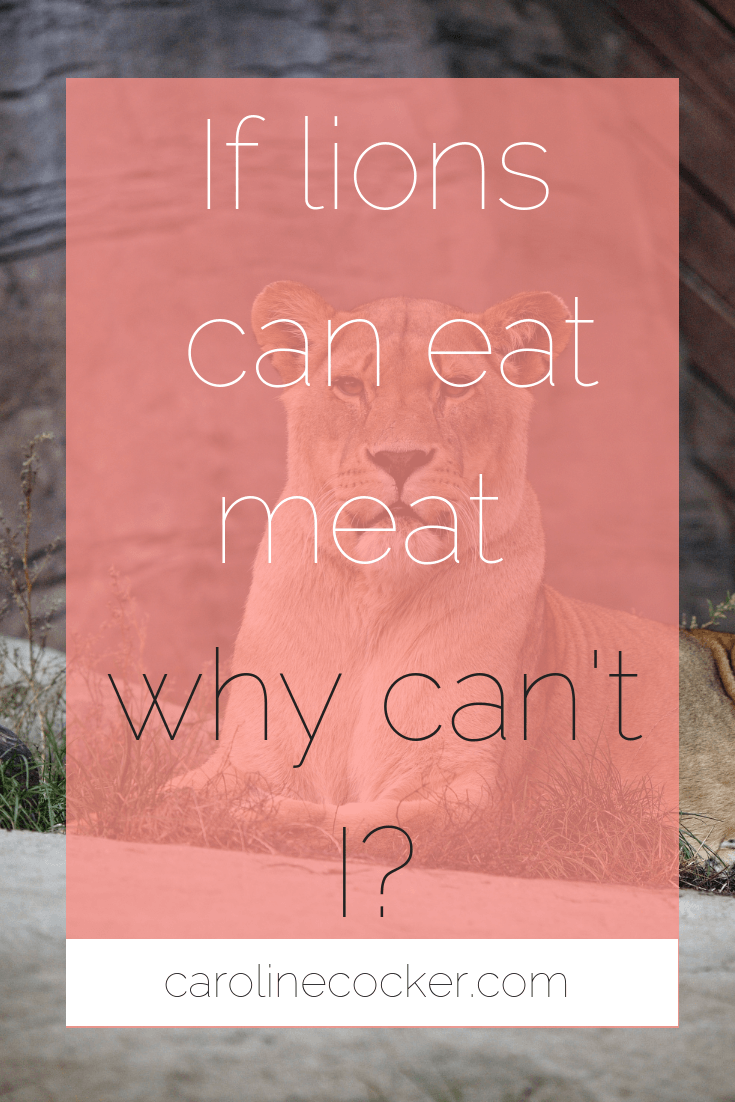 10 thoughts on “HOW DO VEGANS FEEL ABOUT ANIMALS EATING ANIMALS?”