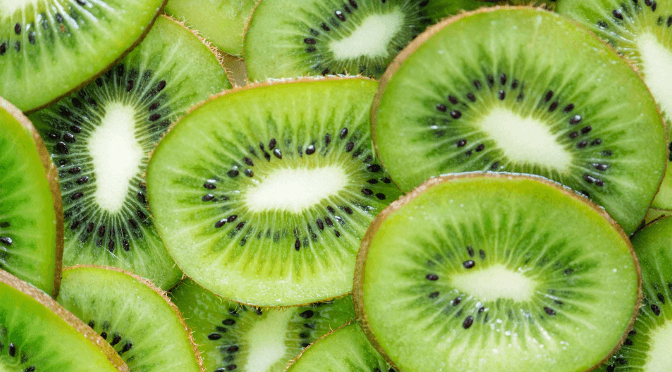 Not this time anyway.

When I was first transitioning to a vegan lifestyle, I fell off the wagon a bunch of times.

There was usually a shitty excuse to accompany it: ‘I may as well use up the butter in the fridge rather than waste it’, ‘cow milk in my coffee occasionally is fine’ and, of course, the CLASSIC: ‘the only thing in the whole world that will make me feel better rn is CHEESE.’

No one gives a shit.

I like to think that every vegan has fallen off the vegan wagon at least once, probably without even thinking about it. It’s life. Fucking dairy making its fucking way into fucking everything.

(Btw, if you’re a vegan and you’ve NEVER eaten an animal product since transitioning, then WOW. Go you.)

It doesn’t matter if the crisps you’ve eaten every day for a year have suddenly got milk in them (salt and vinegar flavour are the worst offenders here) or if you had an out of body experience and somehow inhaled five pepperoni pizzas, a dozen milkshakes, and a sheep. I’m not here to judge.

What we’re not going to do is throw our gentle, animal-loving soul out of the window. Not today, Satan.

INSTEAD, what we’re going to do is make ourselves some peanut butter on toast and forget the whole thing ever happened.

I’m sure for many vegans out there, there are emotional fluxes and the like that trigger a desire to eat animals, but for me, it was an absolute lack of willpower.  I don’t do it anymore, but that’s from years of forming habits.

What we don’t do here is judge people. At least not loudly or to their face.

No. Here is a soothing helpful place. You ate your animal. Don’t do it anymore. Eat plants.

You know what I’m massively into at the mo (years after everyone else)?

At £4.50 for a box of dates it ain’t cheap but it’s so damn good and dates are v fibrous and I’m assuming almond butter is healthy. If it isn’t please keep that to yourself. Ignorance is currently bliss.

Things that can trigger wagon-falling-off

Hangovers – toast is your friend. Avocado is good but if you’re anti-avo-for-the-enviro (I’m patenting that so don’t nick it) then hummus with fresh, chopped tomatoes on top is swell also.

Illness – I’d prescribe the same food, though with added chilli. It was weirdly hard to give up Heinz tomato soup with a side of cheese on toast, especially considering I literally only use to eat it when I was poorly.

Feeling like a nuisance – this is easily the hardest thing about being a vegan for me. I have no advice other than that it gets easier with time. I don’t know if people became more aware of my veganism or if I stopped caring about being a bother.

Lack of options – carry a banana in your bag? This is becoming less and less of an issue with veganism becoming more mainstream. At the time of publishing, I’m yet to eat a Greggs vegan sausage roll (I’m hoping to get one on Sunday before we go dog walking) but I’ve tried a few of the things from the Marks and Spencer Plant Kitchen range and it’s incredible.

Be kind to yourself – you’re doing an incredible thing by trying not to eat animals.

It isn’t your fault that a) you were raised in a society that normalised eating animals and taking things produced by their reproductive cycle (ew ew ew) and b) that that society then preceded to cut loads of unassuming foodstuffs (LIKE CRISPS)with those animals and their things.
All you can do is your best.

If you’re new to veganism and you feel like you’re falling off the wagon a lot, don’t worry. It’ll get easier. Remember why you became vegan – watch Cowspiracy or Earthlings or one of those if you’re unclear about your why (or, shameless plug, read this article by ME).

I personally can’t stomach watching those videos, but if I ever find myself veering away from veganism (unlikely, but you never know) I’ll force myself to watch them.

Perfection isn’t the goal here. In fact, as many non-vegans will tell you, even veganism isn’t a guarantee that you’re not causing harm. It is, however, going to help you save the health of yourself, the animals, and the planet. 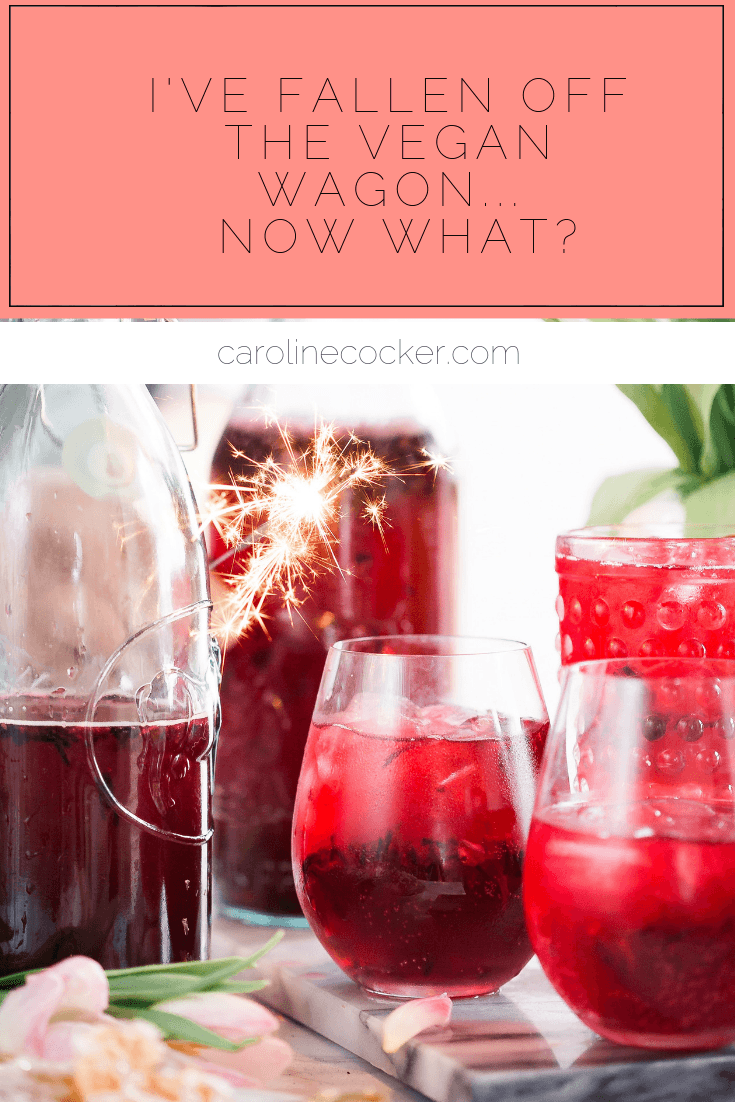 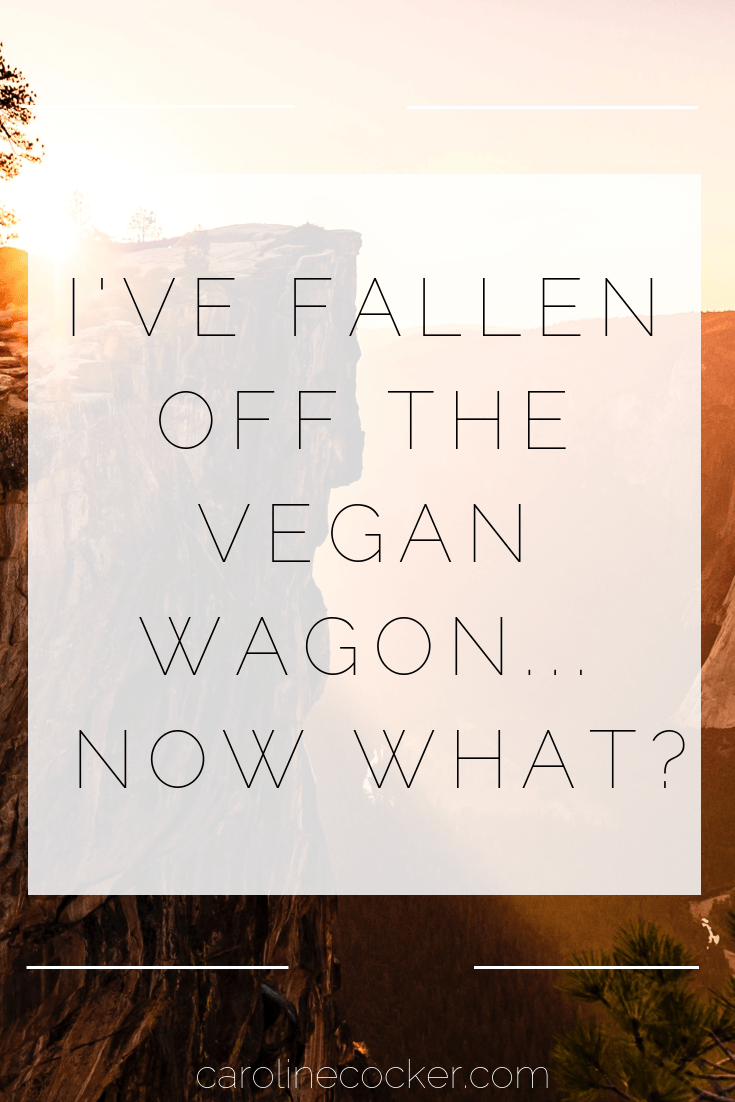 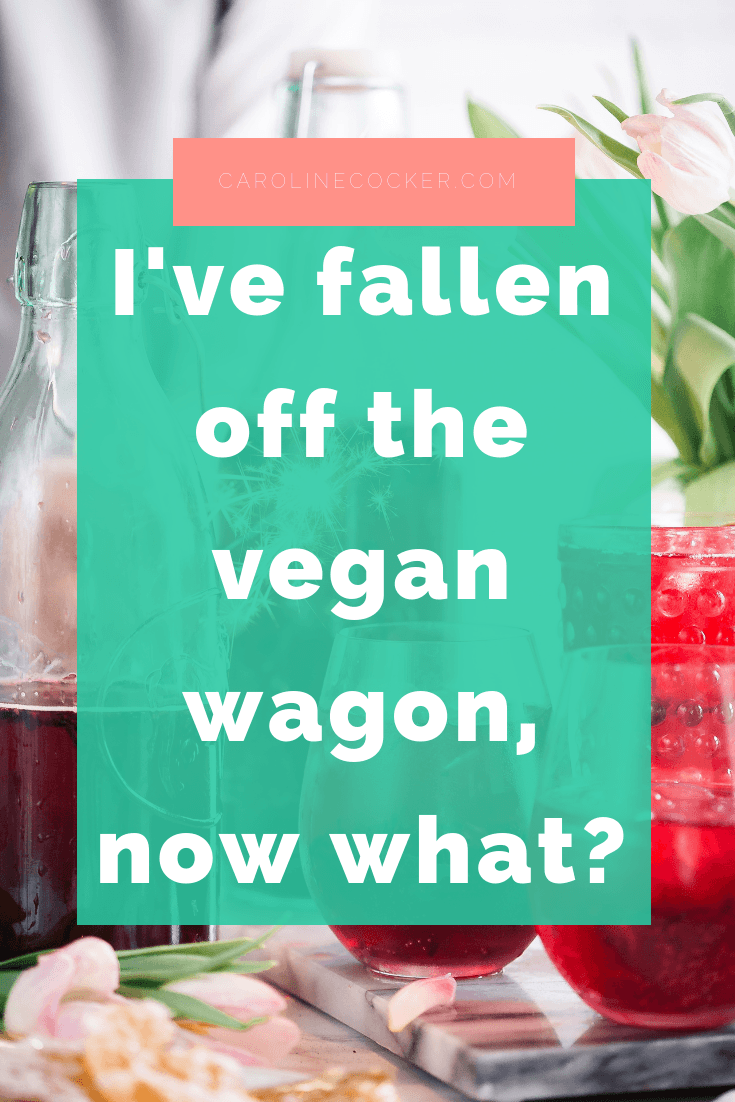 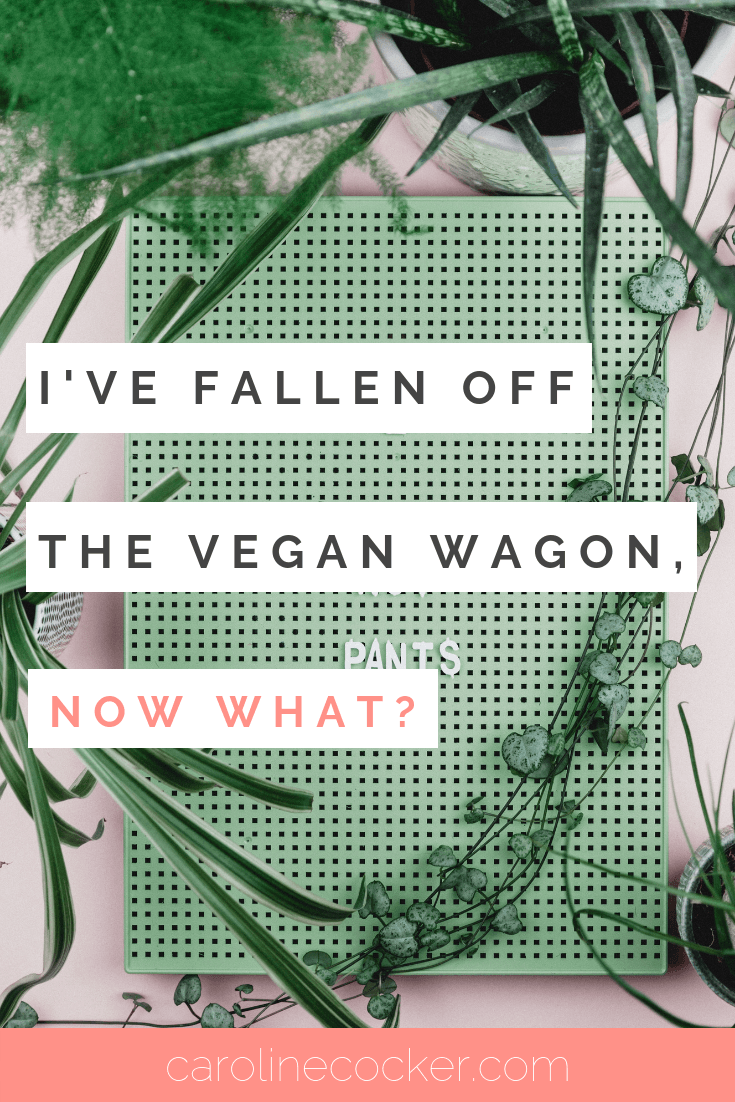 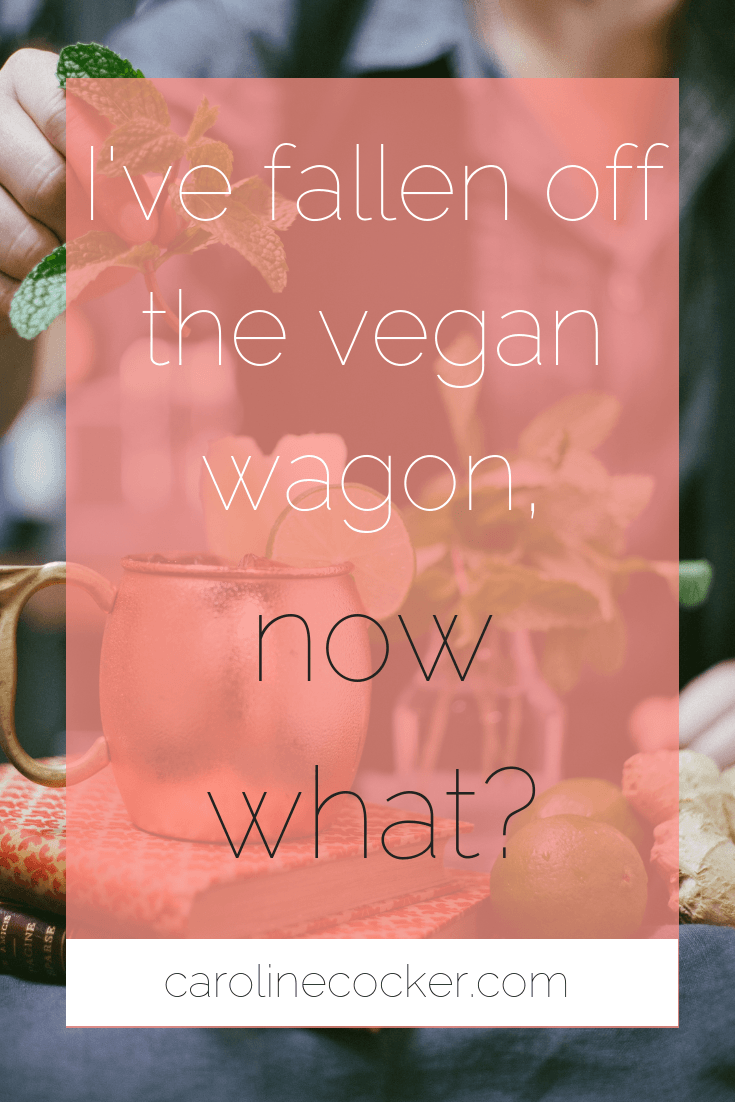 1 thought on “HELP, I’VE FALLEN OFF THE VEGAN WAGON…NOW WHAT?”