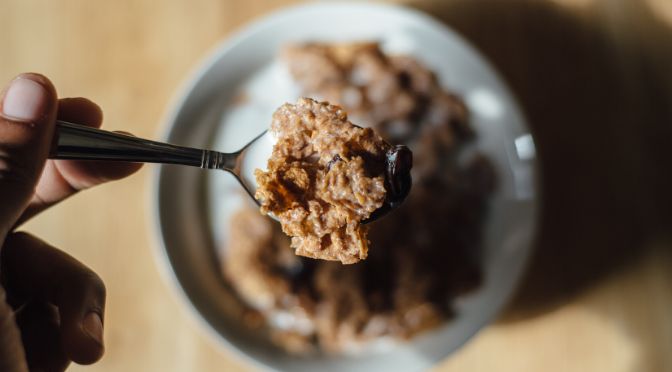 Actually, you can get all the iron you need quite easily if you’re vegan. Iron can be stored in the body, and too much is a bigger problem than too little so just hang fire before quaffing those supplements.

Iron is a metal – actually, it’s the most common metal on earth. Fancy. Although it’s usually in the form of iron ores, as opposed to pure iron.

You yourself, an adult human (I assume) contains about 4 grams of iron. Well done. It lives mostly in your blood and liver.

Why do we need iron?

Iron is carried around in the blood, earning its keep by making red blood cells. It also helps us to produce energy, which is why one of the symptoms of having an iron deficiency is feeling fatigued.

How much iron do we need?

Basically, the more blood you go through, the more iron you need.

All the information splits the data into gender which is ridiculous. Plenty of men have periods and plenty of women don’t, which rather invalidates the suggestions.

If you have other issues that may contribute to a lack (or abundance) or iron see your doctor. Am not a doctor. Am a writer.

Where do meat-eaters get iron that vegans don’t?

So, there are two kinds of iron: heme and non-heme.

Iron found in meat can be both heme and non-heme

So, I ASSUME that heme iron comes from the animal’s blood. Urgh.

There is so much information out there about heme versus non-heme iron. So much.

I aim to make this accurate but also succinct.

Non-heme iron is less easily absorbed, so you may want to overeat on iron-rich plant foods to ensure you’re getting enough. Our bodies can regulate absorption so overdosing isn’t an issue as it can be for heme iron.

Where can vegans get iron?

I have a table.

I created this myself from information I found on the internet. I think it’s pretty accurate:

I stupidly missed off my favourite source of iron, which is fortified cereal, specifically Weetabix and Shreddies.

If you start your day with 2 Weetabix, some soya milk and Alpro yoghurt you’re well on your way to hitting your calcium and iron requirements.

But yeah, eating a lot of beans is the best way to get loads of different nutrients.

No, not unless you’re actually anaemic and your doctor’s prescribed it.

As I mentioned earlier, too much iron can have a very negative effect on your liver. If you feel a bit fatigued don’t assume you’re deficient in iron and grab some supplements – increase your intake of iron-rich foods and see if that makes a difference.

There are a million and one reasons you could be suffering from low energy. See. A. Doctor.

If you’re deficient in iron, it’s called, wait for it…iron-deficient anaemia. If you have pernicious anaemia, that’s related to a B12 deficiency. If your doctor tells you that you’re anaemic it doesn’t necessarily mean that you’re iron deficient.

Anaemia just means that you have a low red blood cell count.

If you’ve read the post on B12, you may notice the symptoms of deficiency are quite similar, which is why it’s best to see a doctor and get a blood test.

How to increase non-heme iron absorption

Our body doesn’t absorb non-heme iron as readily as heme iron, but if we eat foods high in vitamin C when we’re having our iron-rich foods we can increase the absorption.

So, have a glass of orange juice with your weetabix, or slice some kiwi on top. Potatoes are high in vitamin C, as is broccoli (broccoli is high in everything), tomatoes, and peppers.

You can easily get enough iron on a vegan diet without supplementation, you just need to be aware of which foods contain. If you eat a varied diet high in fruit, veg, beans, and weetabix 🙂 you’ll be fine.

If you do feel as though you’re lacking in energy, especially around the time of your period (if you have those), then go and see your doctor and make a conscious effort to up your iron intake in the mean time.

I’m afraid I’m telling you what you already know – eat a healthy balanced diet full of whole grains, fruit, veg, and legumes and you’ll be fine.

Weetabix for breakfast (with fruit), a baked potato with beans for lunch (plus a salad), and chilli with quinoa for tea will contain all the iron you need for the day, plus the necessary vitamin C to help with absorption.

I hope you found this helpful. Click here for my post on calcium, and here for the one on B12.