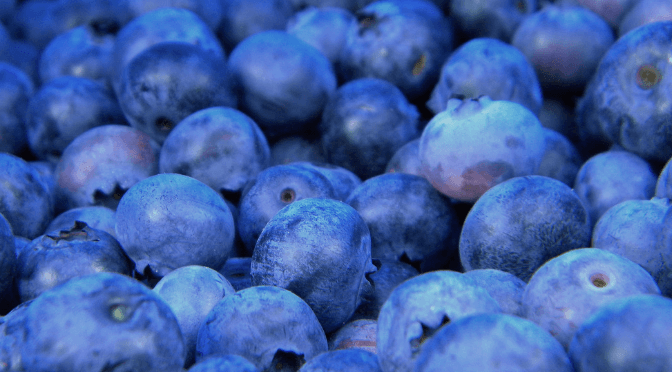 Ok, ok, I can’t pretend that you’re not going to have heard of any of these, but this is for the newbies – accidentally vegan foods are a godsend, and there are so many of them available in the UK.

I’m all about making veganism as easy and accessible as possible, and that very much includes being able to eat cake and gravy, without having to put in more effort than omnivores.

Just because we’re vegan doesn’t mean we can’t be lazy.

Here’s a list of easy vegan meals, if you don’t believe me.

Also, since we’re being honest here, there may only be ten items listed here, rather than the 10+ the title promises.

I’m assuming the thought behind the whole ’10+’ thing was that I’d add more over time, but I’m not sure that’s the sort of thing I’m organised enough to do.

Again, we’ll just have to see.

So, the Coop doughnuts (both custard and jam) are vegan.

I’ve eaten them (well obvs not the custard ones, I’m not a monster).

Or are doughnuts more of a bread (which is usually accidentally vegan)?

Because they use yeast rather than eggs to make them rise.

If this is true, it completely changes the way I think about them.

THIS IS BIG NEWS.

Ooo, Morrisons also do vegan jam and salted caramel doughnuts. They’re softer and more bready than the Coop ones – just as delicious, but in a different way. Also cheaper.

There’re a few vegan garlic breads available – generally, the cheaper they are the more likely they are to be vegan because margarine < butter money-wise.

The Tesco Value one is, as is the Sainsbury’s Basics one. The Coop has a frozen one (which is also gluten-free and all the worse for that, those I suppose it’s good for any gluten-free vegans out there) and wins overall ( for me anyway) because it also sells little garlic ciabatta sticks in the chilled section that are phenomenal bruschetta bases.

***Whilst editing this post I had a peruse of Tesco’s garlic breads and they had SEVEN (7) vegan ones. But Coop still wins because it’s closest to my house.***

Do you know what would be the absolute best? If Pizza Express made vegan garlic butter using the Naturli’ Spread and served it with dough balls.

If you hadn’t noticed, I love me some garlic bread.

3. Some of Mrs. Crimble’s products

You can get the ginger cake from the Free From section at Sainsbury’s. I think it’s gluten-free too.

I love this warmed up in the microwave and served with Alpro soya cream.

Because ginger cake is normally quite squidgy and moist, it lends itself well to being veganised.

Did I mention that my boyfriend hates ginger and therefore I can eat this all to myself? No?

It’s true. Which probably makes me biased towards it, but try it for yourself, it’s lush.

I don’t know who you are, Mrs. Crimble, but I love you.

***UPDATE*** there are also vegan coconut macaroon things from Mrs. Crimble. The original link to the ginger cake was removed because, er, it didn’t work, but it still exists!

I grew up in a house where gravy was made on the hob using the recently vacated roasting tin and some flour. I didn’t know instant gravy was a thing until I met Dave.

Beware: not all instant gravies are vegan. A lot of them try to be fancy by adding real meat juices into the mix.

The Bisto caramelised onion one is the best, but if you’re on a budget, the vegetable one is also really nice.

I have a funny feeling that the cheap beef Bisto is also vegan, but please check the label if you buy it. They have an irritating way of changing ingredients without telling everyone first.

I mean, an email or something would be nice. Some sort of heads up.

Roast dinners are absolute winners when it comes to veganisation.

Because it’s so heavily associated with meat I pretty much forgot about stuffing for years.

I’ve already sorted out the gravy.

Veg is our forte anyway.

Add in some vegan sausages (Linda McCartney till I die) or Quorn fillets or whatever and you’re golden. Read this post for more ideas for similar vegan meals

In a final note about stuffing; if you can get your hands on the Quorn chicken-free chicken slices from Sainsbury’s, you can make THE BEST chicken and stuffing sandwich.

Make yourself some extremely thick gravy to dip your sandwich into and you’ll have a lunch fit for a (vegan) queen.

The reasons I love Nando’s are threefold:

English biscuits, I mean. Not American ones, which I suspect are more like a plain scone. Cookies. The things you dip in tea.

You know those things I mean.

A lot of the greats are accidentally vegan! Bourbons, custard creams, jammie dodgers, hobnobs and, best of the best, lotus biscuits!

They’re not accidentally vegan, but Tesco now do little Free From Rocky Roads, which are heavenly. £3 a pot, so I try not to eat the whole thing in one sitting, but totally worth it. They’ve even got teeny vegan marshmallows in them.

Not all pastry, obviously. But the Just Roll ready-rolled stuff is.

The puff pastry is the best.

It’s really nice smeared with vegan pesto and topped with roasted vegetables. Or if you’re more inclined to cook than me there are some delicious-looking vegan quiche recipes out there.

Just make it up with plant milk. Oat or soya are the creamiest, in my opinion.

Make sure you get the one you add milk to, rather than water, because the other one has milk in it.

There’s nothing better for the Sunday night blues (which for me are actually on a Monday) then a mug of hot chocolate to calm me down from the terrifying episode of Criminal Minds I watched after Dave had gone to bed.

That sounds weirdly specific but it happens nearly every Monday night.

There are probably other accidentally vegan hot chocolates out there, but in my experience, Cadbury’s is the most chocolatey yet least sickly. Also, I like cheap, cheap chocolate (think advent calendar chocolate rather than the 70% cocoa stuff) and this tastes the most like that.

I’m not sure that made any sense at all. Let’s move on.

Apart from Twisters, but they’re not vegan so now we hate them.

There are some things that are accidentally vegan that I’m not mentioning. There are loads of vegan crisps out there, for example, but I’ve found that the ingredients tend to change more frequently than with other things.

If you hadn’t guessed, I’m still not over the presence of milk powder in the Salt & Vinegar Walker’s Oven Baked. WHY?

I’ve also not mentioned sweets like Skittle and jelly beans, because whilst I’m positive they don’t have gelatine in them, I’m not too au fait with the chemical numbers and such, and I don’t want to accidentally feed someone squished up bugs.

The next post up will be a list of easily accessible vegan resources that will really help you if you’re worried about nutrition and coming up with meals etc.